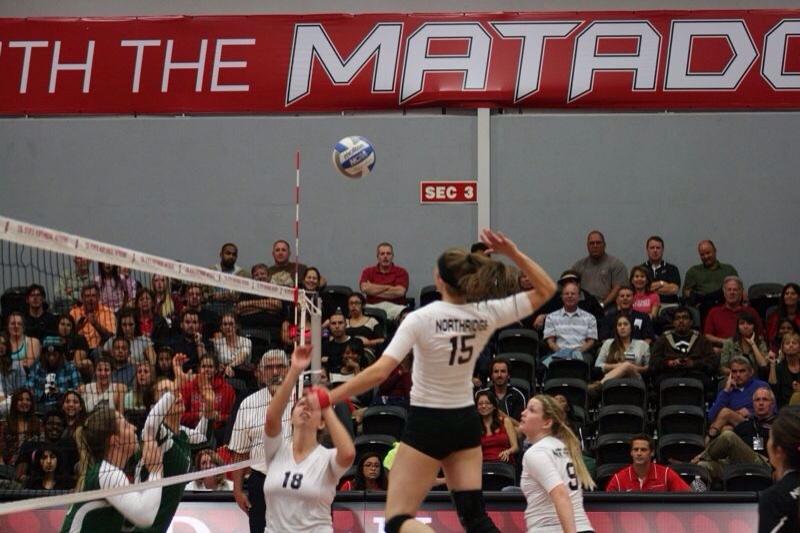 Matadors' offense carries them in a sweep over Portland. File photo/The Sundial 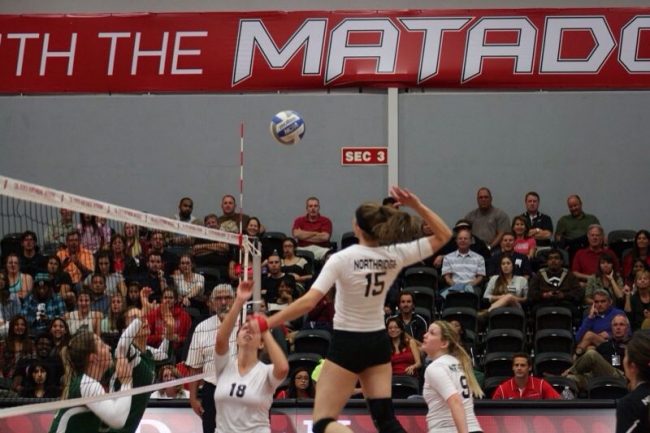 Matadors’ offense carries them in a sweep over Portland. File photo/The Sundial

Thursday night was a success as the Matadors (6-2) swept Portland State (1-6) during their second game of the Nike Invitational.

The Matadors came out victorious against the Portland State Vikings by winning three back-to-back sets. This win brings the Matadors to 6-2.

Sam Kaul led the team with a team-high of 12 kills, a .785 hitting percentage on 14 attacks, two blocks and two digs.

Both Danetta Boykin and Cieana Stinson had 10 kills while Boykin hit a .276 on 29 swings. Those kills are more likely to have come from the assistance of Steffi Miller as she finished the game with a total of 41 assists. Miller also racked up seven digs and four blocks.

Kelcie Randazzo was one of the three Matadors to make double-figures in digs with a match-high of 15.

The first set could have gone either way as the Matadors answered successfully to almost every point that the Vikings gained. Neither team was able to keep more than a 3-point lead during the first set. That was until a couple kills from Boykin, a Natalie Allen/Kaul co-block, and a few PSU errors took place toward the end.

The Matadors completed that set with a 25-21 win.

The second set was not nearly as close as the first. The Matadors had complete control of the set with the help of several kills from Kaul and Stinson; 6 and 5 respectively. At one point, the Matadors had managed to lead by 12 points (17-5), according to Go Matadors.

This momentum lasted throughout the set and ended with a Kaul kill that gave the Matadors a 25-12 victory.

The third and final set did not come as easy as the second set and was almost a mirror-image of the first. The Vikings kept a close trail on the Matadors as they were not able to keep more than a 2-point lead for most of the set.

Kills from Kaul, Allen and Stinson put the Matadors in a 21-18 lead that gave them just the momentum they needed to ultimately seal the win at 25-23.