A glimpse into faculty artwork 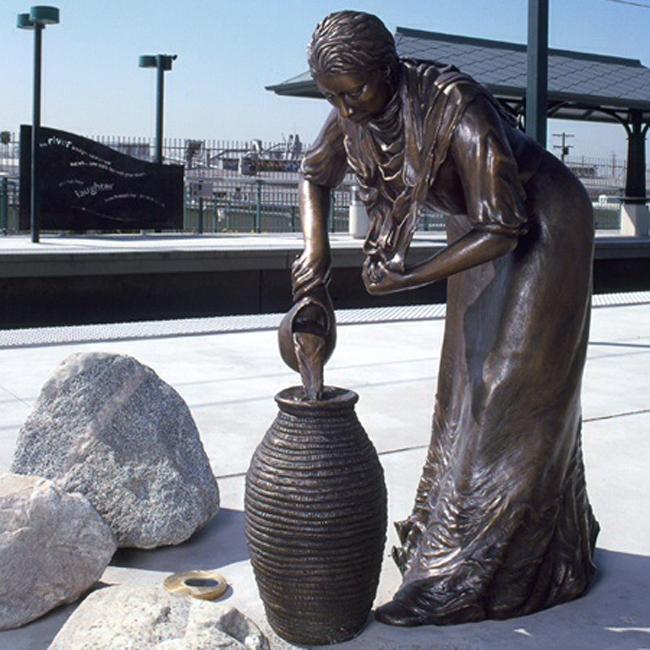 Art is an experience. It represents perspectives and attitudes. It has a voice. It closes gaps and opens minds. The ability to craft thought-provoking works of art is a gift the professors in the Department of Art at CSUN posses.

Professor Lesley Krane has been teaching photography from all levels for 15 years. Her latest work is a photo series of 12 called “Curb.” This project was based on Krane’s morning dog walking duties when her father became ill earlier this year. During that time, she noticed the neighborhood’s landscape. She responded to some of the still life and took photos of bushes while walking her dog, Willa.

“The photos are very ordinary and so the phrase ‘curb your enthusiasm’ comes to mind,” she said. “They’re not spectacular in the sense of monumental fine art photography, yet there’s something animated about their presence.”

In an afterthought, the professor jokes about her pictures by referring to them as “unenthusiastic portraits.”

“’Curb’ became the indicator that I was walking a dog because you do not see the evidence of the dog walking in the photographs. It’s implied by the title,” Krane said.

The photography professor uses four-letter words to title her pieces. She likes the economy of using small words that can often imply double meanings.

In November, Krane will participate in a group show called “Mental Landscapes” at the Annenberg Community Beach House in Santa Monica with two former graduate students.

“We find a thread of similarities among the work and show it from that perspective,” she says.

She will display “Last Days,” a photo series based on an indirect documentation of her daughter having a learner’s permit. Krane sat in the passenger seat and shot landscapes with a Holga, or in other words, a toy camera.

Teaching online classes from a distance, Professor Ruth Ann Anderson has — and will continue to — create public sculptures.

In 2003, she sculpted a female pouring water out of an oil based clay. “Water Woman” is based on a photograph of a Gabrieleño woman from the indigenous Tongva tribe that was based in Los Angeles.

“I wanted all people to relate to her. She looks like she can be of any descent,” Anderson said.

“These women had to be strong because they were water bearers. That is why she has a flow to her… the way her arms are positioned as well as her scarf, dress and hair,” she said.

After Decker Studios molded the sculpture with wax and turned it into a bronze color by using chemicals, “Water Woman” was lifted by a crane and anchored into position at the Lincoln Heights and Cypress Hill Metro Gold Line Station in Los Angeles.

“There are various water aspects at the station, since it crosses with the LA River,” Anderson said.

The professor of art in mass media is designing the Montclair Metro Rail Station, which includes fence design, platforms, and wall paintings. According to Anderson, the project will be complete no earlier than 2018.

A way to bring realism into paintings is to use photographs as inspiration. Professor of technical and basic art skills, Samantha Fields, thinks that a bad photo can make a great painting.

Three years ago, Fields was standing on top of the Grove parking garage in Hollywood on 3rd and Fairfax when she decided to capture a photo of the view with her iPhone.

“Instead of enjoying something as great as a sunset with their actual eyes, people are taking pictures,” Fields said.

Fields took a blurry photo of a nature shot in contradiction to the metropolitan area where she was standing. By using an “antiquated” Japanese airbrush, Fields painted the image onto a canvas that expands over 11 feet wide.

“Painting can transform failed photographs because you can make the decisions to amp up color or fix certain details with what you think will work best,” she said.

The surface of the “3rd & Fairfax” painting is flat due to the use of the airbrush, a skill set that takes a long time to acquire.

“I don’t teach my students how to use [airbrushes] unless they ask for a workshop. I want them to use tools of their choice to do what they want to do, not what I want them to do,” Fields says.

In January 2016, Fields will partake in an art show at University Art Museum in Long Beach with a new professor from CSU Fullerton.

Whether it’s been done digitally, with sculpting clay, or on a large canvas, professors in the Department of Art pour passion into the work they create. They make sure their art comes to life so that it can be experienced with them.