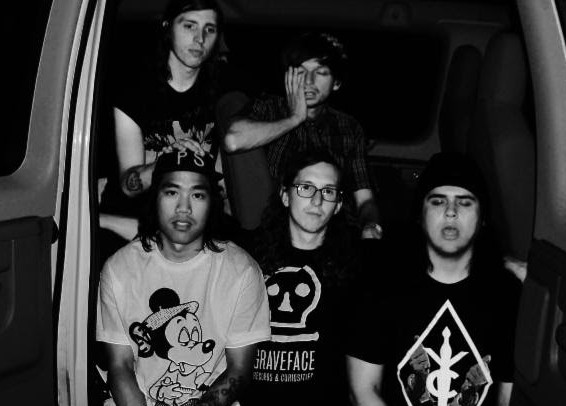 It doesn’t seem like there’s quite enough umbrage taken with the lack of shoegaze in the current market. While inundated with the likes of radio hip-hop, dragons who imagine and practically everything else, the amount of noise to sample is actually quite slim.

Then comes Whirr. They’re exactly what you’re looking for to blast through your headphones to round out your repeat listens of “Loveless” and “Psychocandy.” They’re pure noise, their chief concern is blowing out PAs at every venue they play, and they genuinely don’t care if you’re a fan.

Having laid relatively low until a recent string of buzzed-about shows in Southern California, Whirr’s second LP, “Sway,” is nothing short of a modern shoegaze classic. It’s a formidable listen – the first 15 seconds or so, is acute distorted guitar coming in from only one channel, eventually coming through to the left channel in blistering ferocity for the next 36 minutes.

From there on out, the record gallops along at a fierce clip, creating a total immersion of all five pieces colliding with one another in daunting harmonium.

“Sway” plays out like a classic shoegaze record – a seamless listening experience to be digested as a whole rather than selected cuts. That’s not implying that the tracks themselves aren’t incredibly strong on their own, in fact, they do an exemplary job representing Whirr in five minutes or less. It’s a brash comeback for a band that had been considered so patiently and unenthusiastically post-rock that they may as well have been permanent touring openers for Explosions In The Sky.

What may have hindered Whirr most on 2013’s “Around” was the incapability to transcend beyond the level of the listener. It seemed that the struggle to remain within the realm of shoegaze for the sheer sake of doing so without pervading into metal, was tantamount to finishing the record. No longer is such hesitancy the case, for what was once a troupe of Slowdive mendicants, are now established practitioners of noise.

The title “Sway” itself may seem curious until you really lend the record a second or third spin. Underneath all the reverb and pummeling distortion there’s a distinct familiarity that almost is enticing enough to dance to. It seems an odd juxtaposition, Whirr and a somewhat insatiable desire to move, but damn it all if it doesn’t seem compulsory.
It’s been much too long since we’ve seen a noise-oriented band come as so unabashedly brash in such a palpable manner. While much of the so-called apathy and angst purported by post-rockers seems evidently fabricated, such is not the case with Whirr. Cutting their teeth in the seedy underbelly of California and dispatching from the East Coast as well, Whirr is one of the closest things we may have to a modern Cocteau Twins.