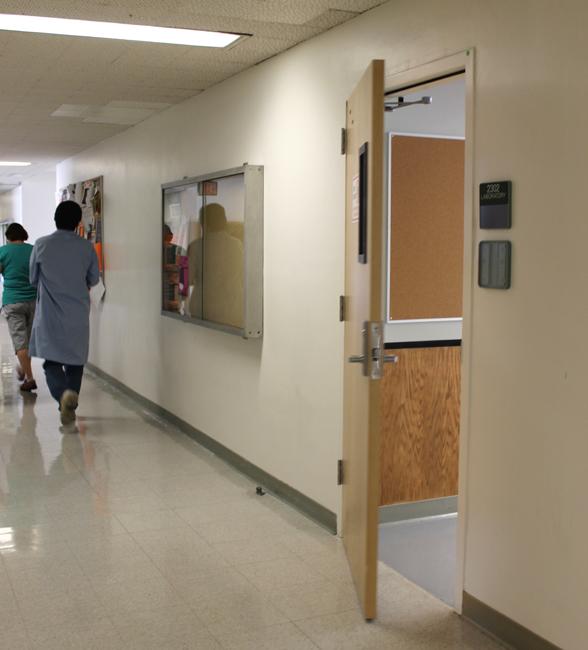 >>CORRECTION: An earlier version of this story incorrectly reported the ventilation failure as a gas leak.

A ventilation failure at Eucalyptus Hall caused the entire building to be evacuated on Thursday.

In room 2302, students were working on an experiment involving ammonium chloride when fumes were released into the classroom due to a failure to the fume hood, said Christina Villalobos, public information officer for the CSUN Police Department.

At 9:57 a.m., students had already re-entered the building and classes had resumed.

Adrian Aini, student assistant for the advisement office of the college, was working on the first floor when the fire alarm went off and he was told to evacuate the building.

“Of course the one time we don’t take it seriously, we actually have to take the alarm seriously,” Aini said.

Aini said he did not react initially to the fire alarm Thursday because the building has been going through construction and having work done on the alarm systems.

“It’s happened so many times at CSUN, it kind of goes over your head,” Aini said.

The police department received the call at 9:15 a.m., Villalobos said. CSUN Environmental Health and Safety was also at the scene, she said.