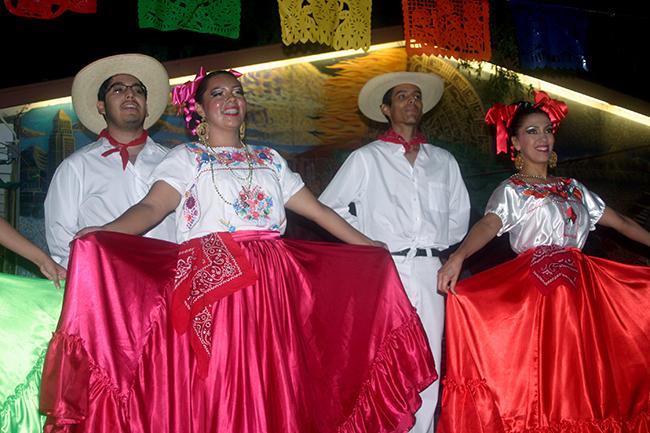 As part of the 45th anniversary of Chicana/o studies and the Educational Opportunity Program (EOP), the two departments joined together Saturday to hold the annual End-Dependence Day celebration at the Chicano House.

“We want to end dependence and be self sustainable,” she said. The event was also held earlier this year to encourage more community members and faculty to attend. “In the past, a lot of professors couldn’t make it because it started after 6 and they had kids,” she said. “Now there’s more of the community here and it’s inter-generational.”

Inside the Chicano House there was display highlighting the history of both departments. Front pages from past issues of the Daily Sundial were on display on poster boards. they showed the takeover of administration by the Black Student Union and the foundation of Chicana/o studies, as Mexican American studies, and EOP.

“Nothing was given to the students,” she said. “(Students) had to struggle for it.”

Mendoza said seeing all the contributions by students made an impact. “I think it’s good to have that memory of what these students did.”

Members from Movimiento Esudiantil Chicano de Aztlan (MEChA) also helped organize the event. They presented CSUN alumna Ana Miriam Barragan was honored by MEChA as Chicana of the Year for her help in establishing a DREAMers center at CSUN.

Susy Amezcua, concilio for MEChA, said they want to stop reliance on others. “MEChA is about sustainability,” she said. “We need to be able to take care of ourselves.”