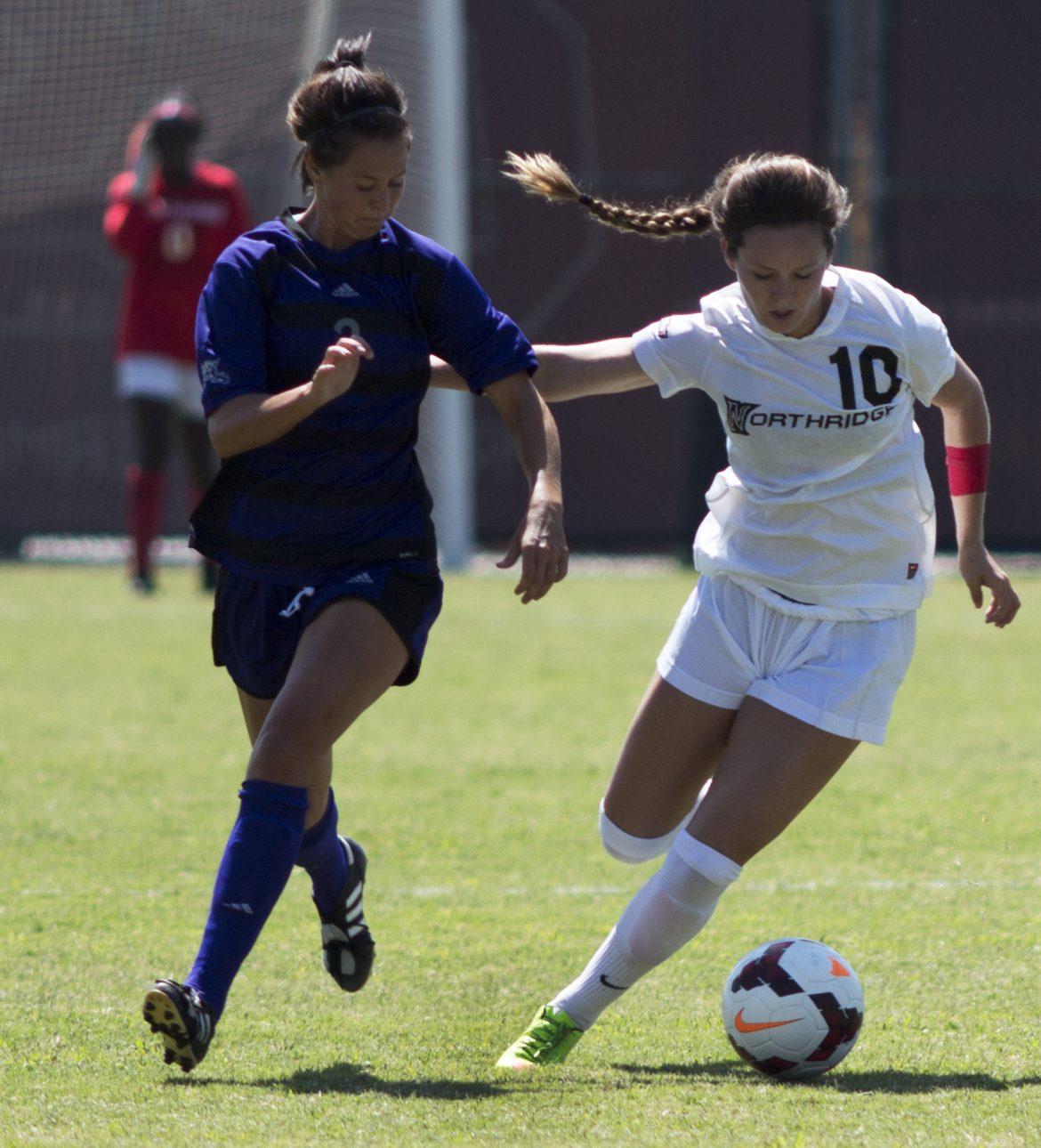 CSUN women’s soccer (3-7-1) suffered a 1-0 away loss against Loyola Marymount University on Sunday in their last non-conference matchup before Big West play begins this week.

Despite the result, sophomore goalkeeper Jovani McCaskill put up a stellar performance for the evening, earning a career-high seven saves out of the 14 shots-on-goal.

It didn’t take long for the Lions’ to capitalize on the Matador defensive line’s inability to clear the ball from backfield.

Redshirt freshman Kiley Norkus saw the only direct shot on goal out of the eight total shots the Matadors would see for the evening.

Cynthia Sanchez put up the closest attempt for CSUN with a shot barely missing the top post but no equalizer was found before rounding out the clock.

Big West Conference play begins on the road for the Matadors this Friday, October 3, with a matchup against UC Santa Barbara. They continue the road trip two days later, facing off against Cal Poly at noon.