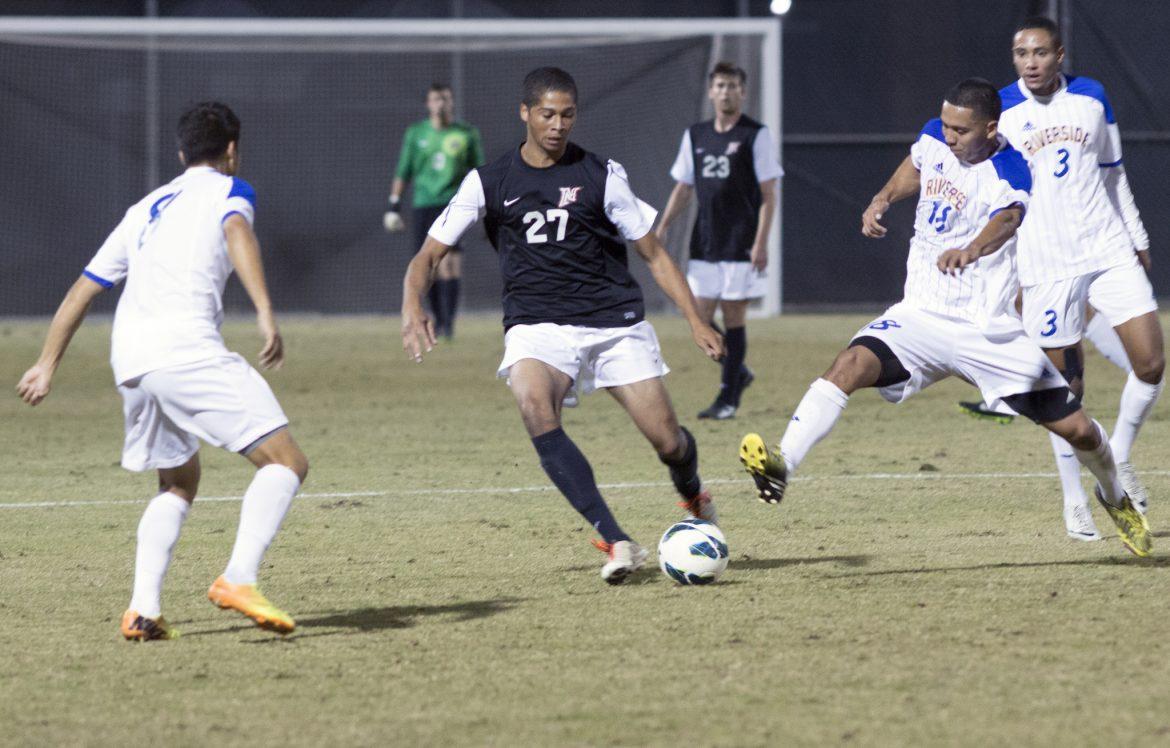 The Matadors (4-4-1) stumbled to a 3-0 loss against the No. 1 UCLA Bruins (5-2-2) Sunday evening at Drake Stadium in their last match before conference play begins.

The Matadors gifted the Bruins the lead in the first-half from an own goal, and then conceded two late goals to record their fourth loss this season.

Despite the scoreline, CSUN kept organized defensively to fend the Bruins off for most of the night. Junior goalkeeper Adam Hobbs, who recorded two saves all game, was tested early, but the team stayed tight and alert on defense to keep the Bruins off the scoreboard. The top-ranked UCLA team also kept an organized defense, only giving the Matadors a single shit in the first-half.

The Bruins took the lead with an own-goal in the 37th minute after the Matadors missed a clearance. A UCLA cross forced two Matadors to collide and have the ball deflect off their heads and into an open goal.

The Bruins conceded a number corner kicks within 10 minutes, but kept the Matadors out of their net. With two minutes left in the game, the Matadors threw everyone, including goalkeeper Hobbs, forward for a corner kick. UCLA were able to clear the danger, and Bruins’ senior midfielder Leo Stolz proceeded to score from 80 yards away on an open net.

CSUN continued to mount enormous pressure on the home-team, but were caught on the attack and Stolz was able notch in his second of the game.