iPad classes: A key to the future or a waste of time? 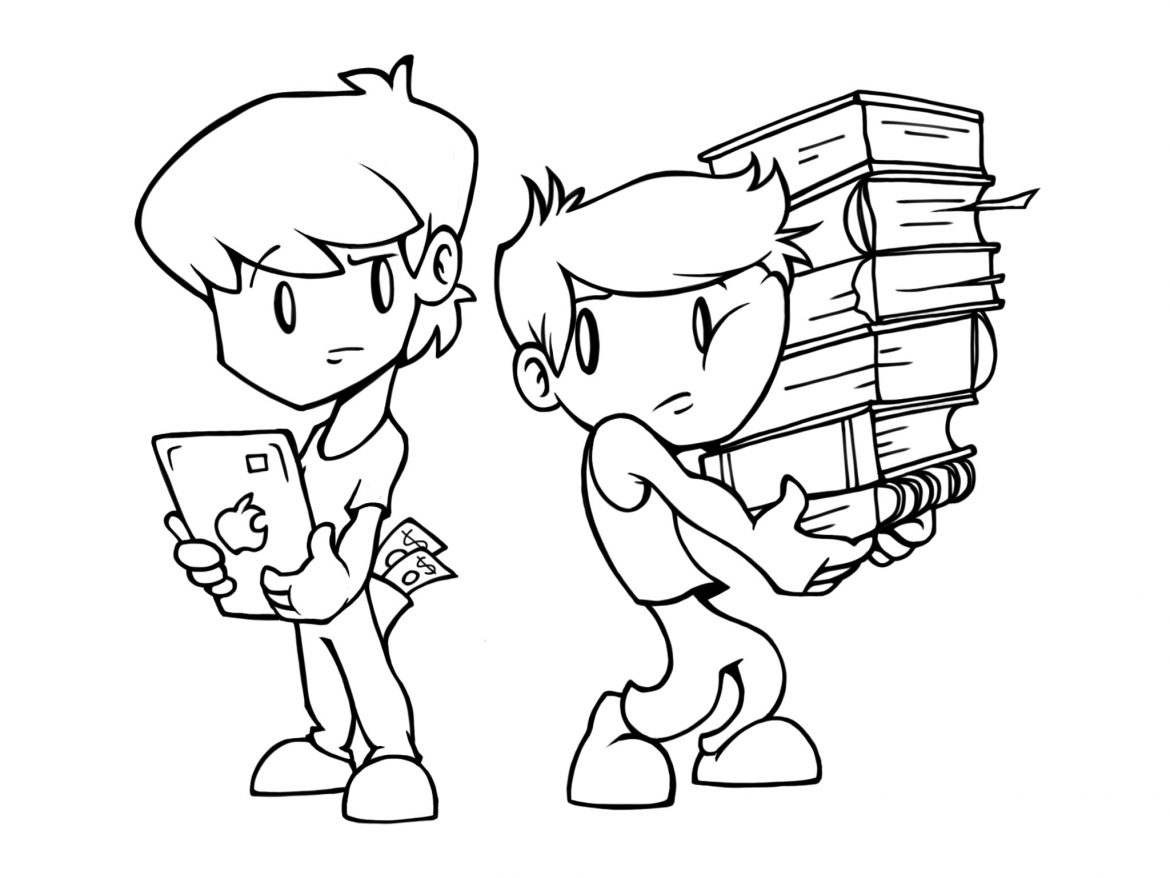 We live in a time where just about everything is done via one or more of our smart devices. We rely on them to tell us what we’re supposed to be doing, for research and for simple, often mindless, entertainment. It’s safe to say much of our lives are run and organized by technology.

So it only made sense for CSUN to incorporate them in the classrooms.

When the tablet initiative was introduced three years ago, it was presented as a way for students to save money on textbooks and stimulate learning. So I set out to see for myself if tablet courses are as progressive as they claim to be.

Having taken a few of these courses myself, I can see the ideology behind the program but there are some things that don’t make sense.

For one, they picked one of the most expensive tablets on the market (the iPad) while claiming to save us money. The idea is that the iPad would pay for itself over time as a result of us buying e-text versions rather than the expensive hardcover versions of our textbooks.

“Biology textbooks are expensive, we thought that we could save students money if they used e-texts,” Paula Schiffman, a professor of biology said. “The iPad classes follow through various biology courses starting with freshman level classes all the way to upper division classes.”

However, for a public university with a number of low-income students, a cheaper platform might have been better like the Kindle Fire, Galaxy Tab or Nexus 7. Perhaps the school could have taken a poll to see what the majority of students were using or prefer to use before deciding which brand to go with.

Schiffman said she understands the need to consolidate the tablet courses to one brand. She notes that it’s more cohesive and easier to identify and work out any problems along a single platform rather than having to work through multiple interfaces.

Another reason for the use of one brand is the fact that not all devices support the same applications, so it’s easier to stick with one.

But I’m not entirely convinced tablets offer a truly cohesive lecture. Technology, with all of its advantages, has the ability to hinder our learning environment more than it helps it sometimes.

For instance, I have been in classes where the professor’s lack of familiarity with the device has led to long periods of waiting for tech support to come before the class can begin.

Jose Luis Benavides, a journalism professor, says the age gap between students and professors plays a big role in the tablet courses.

“Generationally speaking, we aren’t as savvy as some of the students with mobile devices,” Benavides said. “We didn’t grow up with computers and stuff.”

Another issue, he said, is the fact that the faculty didn’t have adequate time to learn the technology before it was introduced.

“We are knighting the least proficient people in technology to lead the classroom in how to use technology,” Benavides said.

Although the technology center offers workshops for professors to learn the ins and outs of the iPad, many opt not to take advantage of them, preferring the “learn-as-you-go” approach.

Schiffman said that though she participated in multiple workshops they were of little help.

“The workshops can’t help but be inadequate,” she said.  “You can’t fit everything about an iPad in one hour.”

This is a point of contention for Stephanie Murguia, a broadcast journalism major. After taking a half-dozen tablet courses she still prefers traditional classes, on the grounds that traditional classes are a better use of time and energy.

“When professors struggle teaching with the tablet, simple tasks like taking a quiz become a 45 minute ordeal,” Murguia said. “It wastes a lot of time.”

Another point of frustration is the shortfall of the Wi-Fi. If you’ve taken one of these courses, you know the anxiety that comes when you lose connection during a class activity.

Benavides assures that students aren’t the only ones at the mercy of the server and says professors are often left scrambling when the technology fails to function properly.

“What scares me the most is the idea of building a curriculum around a piece of technology,” he said. “When the technology or system doesn’t function properly and you’ve come prepared with a lesson built around the tablet, you are completely without anything to teach.”

Part of the issue is all 49 tablet courses across the health, science, communications and journalism departments share the same server with every other device on campus, sometimes at the same time which leads to an overhaul on and loss of the connection.

Last semester, the server was changed to eduroam to help streamline the connection and provide a more secure wireless platform, but it’s still no match for the demand.

“I think what we’re feeling now are just growing pains,” tablet technologist, Sydni Powell said.  “We have more students than ever, so our technology is adjusting to that demand.”

Powell says one of the biggest issues their department is facing right now is offering timely and adequate support in response to Apple’s new iOS 8 software.

In an effort to tackle current and future concerns, the Faculty Technology Center created a student liaison position within all of the tablet courses. This will help provide eyes and ears in the classroom and keep a thumb on the pulse of the issues.

Even with the glitches in connection and software function, there are still some positives to using the tablets.

Professors in tablet courses aren’t stuck teaching from the front of the classroom, they are free to move around, interact and lecture remotely.

Students also have the opportunity to learn through and about multiple media platforms, including audio and video. We are also able to be a part of what and how we learn.

“There is better attendance in my tablet classes,” Schiffman said. “There is more interaction between the lecture and students and they are more actively engaged with the class.”

Regardless of how you feel about the initiative, it appears to be here for good. All we can hope is that the kinks get worked out and we don’t lose ourselves in technology.