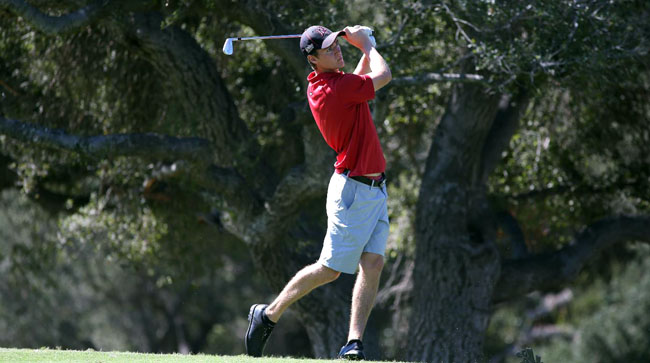 The Matadors finished sixth, and senior Steven Molumby tied for third in their two-day Nick Watney Invitational at Fresno State on Tuesday.

CSUN’s best two rounds of the 2014 season came on Monday at Sunnyside Golf Course, tying for fourth with both the Cal Poly Mustangs and Santa Clara Broncos through 36 holes.

Molumby finished second at seven-under at 137 strokes on day one of the tournament, an improvement from his last two performances. Molumby slumped to 69th at the season opener at Southwestern Intercollegiate, before finishing at 35th at the Saint Mary’s Invitational.

Senior Michael O’Connor did the best compared to the rest of the Matador team, finishing 11th at one-under 143.

The team ended up in the top-six on the final day of the invitational, with Molumby the only Matador finishing in the top-five.

The Norwegian had his best finish as a Matador, tying for third at seven-under 209.

Junior Tim Snyder led the other four Matadors in their invitational, barely missing his second top-20 finish of the season. Snyder was tied for 20th through 36 holes and finished the final round with three-over 75 to climb to a tie for 26th at three-over 219.

Another Matador to climb up the ranks was senior Dodge Ward who climbed up to 34th at five-over 221.

“We’ve got a lot of positives to build on and we hope to have a good finish at our tournament in three weeks,” Bracken told Go Matadors.

The Matadors will travel to Simi Valley in late October for the two-day Bill Cullum Invitational.