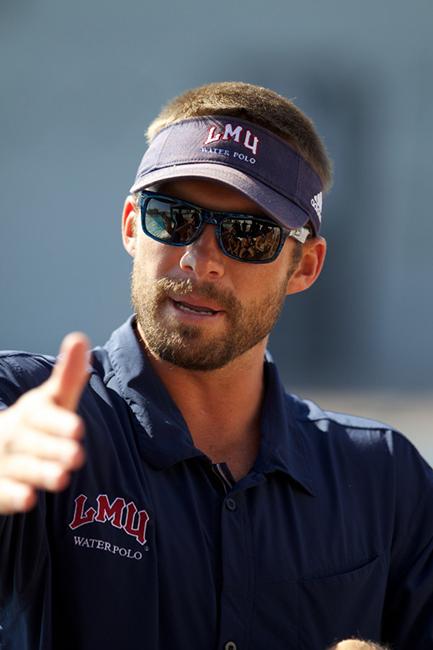 Coming off one of the most successful seasons CSUN has seen, women’s water polo is at pivotal point in program history with new leadership steering the way.

Behind the helm is new head coach Martin Matthies. As the program’s third ever head coach, he hopes to capitalize off last season’s impressive 23-9 result, which earned the team a berth in the Big West Conference Championship match and paved the way towards establishing CSUN as an elite contender in the conference circuit.

“The Big West is a really tough conference,”  said Matthies. “Our goal is to get back and win conference and I think we have the team to do that this year.”

With eight seniors returning from last year’s roster, Matthies is working towards establishing himself in a program with a rich history under the nine-year reign of former head coach Marcelo Leonardi.

“The old staff did a very good job and left the team with a very good culture and locker room environment,”  Matthies said.

Sophomore attacker Marissa Petras said working with coach Matthies has been different than working with former coach Leonardi. She said her last coach was very knowledgeable but Matthies’ experience as a Division 1 player makes him a more valuable resource.

“He can relate to us because he played at the D1 level,” Petras said. “Our last coach didn’t have that Division 1 [playing] experience.”

Petras said Matthies has been very motivational and has been very knowledgable about the game. She said he is already helping the team build on all of their skills.

Matthies transitions into his first time as a head coach with hopes that his style will flow well with the culture.

“In both my assistant coaching roles and as a head coach, I believe in kind of being yourself and letting your personality really shine through,” said Matthies about building trust with his players.

Coming off a three-season stint as an assistant coach for both the men’s and women’s programs at Loyola Marymount, Matthies brings along with him the experience of winning 2014’s women’s water polo Gold Coast Conference Championship title.

He also brings along hands-on knowledge of the game after being named a three-time All American player himself while at California and also winning the 2006 National Championship.

Richard Corso, the current women’s water polo head coach at Cal, coached Matthies for four years dating back to his high school career at Harvard-Westlake. Besides natural athleticism, Corso recalled Matthies being a student of the game.

“He had a keen interest in the game and really wanted to understand the game outside of just playing it, ” Corso said.

Corso said he is excited for Matthies’ appointment and opportunity to teach the game. He said he had a feeling Matthies would become a coach because of his mother Nina’s prestigious career as the Women’s Volleyball coach at Pepperdine for more than 30 years.

“Coaching is in his blood,” Corso said. The Cal coach also cited the fact that Matthies’ father was a swimmer and his brother played water polo too.

“Chlorine is in that blood too,” he said.

Matthies plans to balance the momentum of this year’s roster with hopes that it will establish a reputation other teams will watch for.

“There’s a big focus on the now but I think ultimately the goal is to be a team that’s perennially competing for that conference championship,” said Matthies.

The team that saw its highest ever national ranking at No. 7 last season now looks towards a bigger future under the leadership of Matthies.

“You have to start small but I think the ultimate goal is what every team in the country is looking for, we want to say we can compete for a national title,” Matthies said.