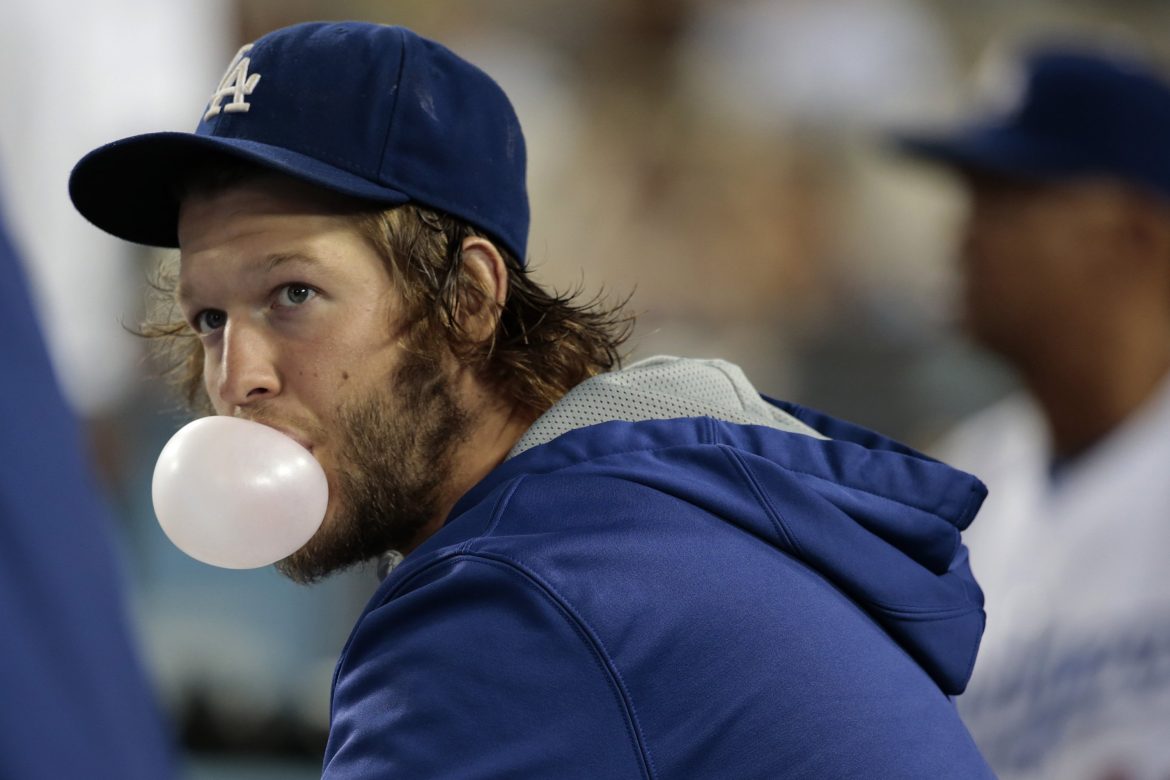 With the MLB season , the NL MVP race took an unexpected turn. For a couple weeks, there were two candidates for the MVP. One player was Marlins’ outfielder Giancarlo Stanton. The other was Los Angeles Dodgers’ starting ace Clayton Kershaw. As Kershaw and the Dodgers gear up for post season play, last season’s NL Cy Young winner should wind up as this years’ NL MVP.

Stanton was having a great season until he got hit in the face by a 88-mph fastball from Brewers’ pitcher Mike Fiers. It resulted into facial fractures and laceration.

There were talks that he might come back. However, a few weeks ago the Miami Marlins officially ruled him out for the season and said that he will be ready for spring training of next year.

He seemed to have the MVP almost on the lock although his team was not performing up to par. the Marlins’ record finished 77-85, good for fourth in the NL East and missed the postseason.

The last time they were in the postseason was during the magical season of 2003 (more than 10 years ago!) when they were crowned the World Series Champion surprising everyone.

People and other sports analysts were already questioning the validity of putting Stanton in the MVP talks due to him being on the Marlins. And I was one of them also.

Can you actually be the Most Valuable Player on a bad team? If they are bad, then how can you even be considered for the award.

Historically, the MVP award has gone to players who are in teams contending in the postseason.

Last year, Andrew McCutcheon of the Pirates won the award and they had a record of 94-68.

In 2012, Buster Posey of the San Francisco Giants won the award and they had a record of 94-68 also.

All these respective teams made it to the postseason.

However, there are years when players win the award although they aren’t on postseason teams.

However with Stanton almost surely out of the picture due to his injury, it seems to be that Kershaw is the frontrunner for the award.

He had a very shaky start, spending time on the disabled list for 41 days and allowing 7 runs in just over a inning during a game in May against the Arizona Diamondbacks.

However, ever since then, Kershaw has been dominant often pitching till the eighth inning.

With Kershaw, similar to Stanton, people have also been questioning his validity to the award.

The main argument is that starting pitchers only play in a fifth of the games, while position players play everyday.

Some people also say that pitchers should not win the MVP award, because the pitchers already have their own “MVP award”: the Cy Young Award, given to the best pitcher

History also has not been on Kershaw’s side. The last time a pitcher won the NL MVP award was during the 1968 season, almost 40 years ago. That award was won by hall of famer Bob Gibson.

But there is no other player who is having a historic season quite like Kershaw.

He is the first player in the major leagues to win eight consecutive starts in a single season while also compiling 80 strikeouts and a sub-1.00 ERA over that span.

In the last 30 years, only one other player had an ERA lower than Kershaw. That would be Pedro Martinez in the year 2000 with a 1.74 ERA.

In the end, the award should go to the most valuable player and the Dodgers are a completely different squad when Kershaw does not pitch.

My money is on Kershaw to win the NL MVP award.

MVP award voting takes place before the postseason but the winner is not announced until after the world series.