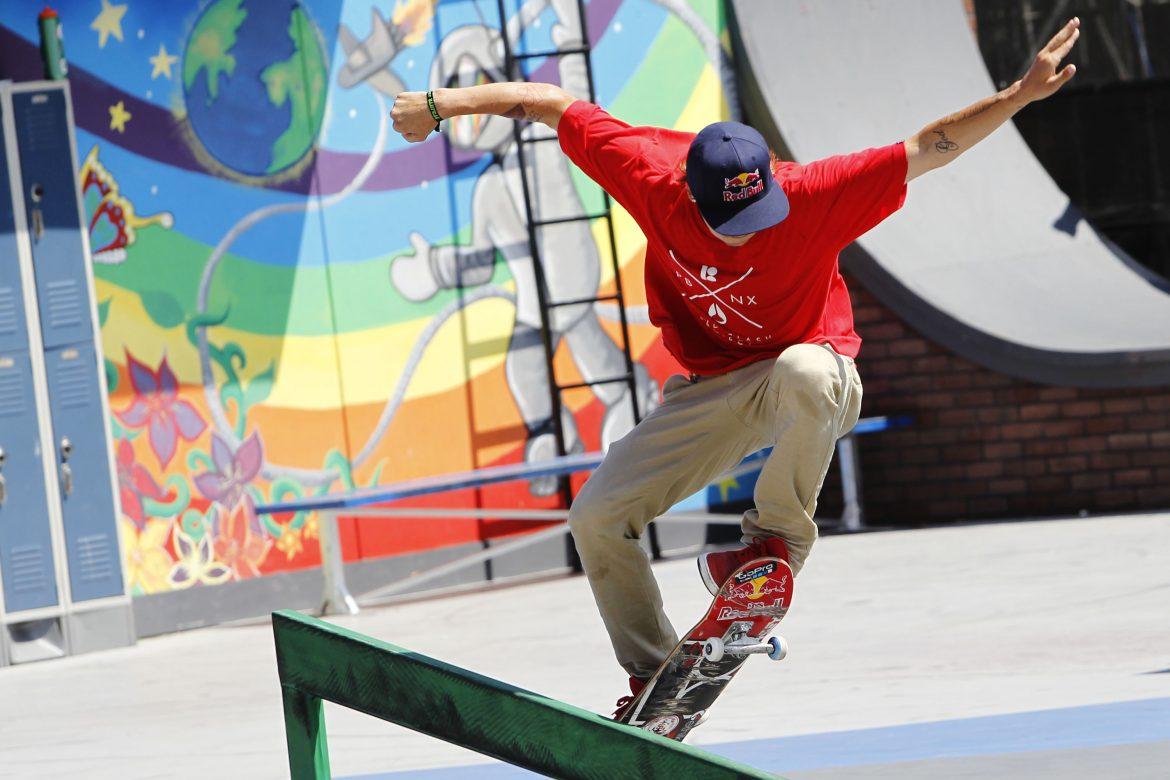 The Dew Tour traveled cross-country from Portland to Brooklyn, New York a few weeks ago and was definitely packed with fans and crazy ledges, rails and stair sets.

The street style course was a crowd favorite as New Yorkers watched their favorite pros fly down a course, hitting car jumps, hubbas and a ten-stair set at the end.

Each skater had three runs and the final score would be taken from their best run.

After the first run, Trevor Colden snagged the lead with a clean first run landing all of his tricks. But Evan Smith climbed to first place after the second run, giving the top competitors a run for their money.

Garrett Hill started out with a stylish boneless off the big bank and into a nice feeble grind on the flat bar. Mike Vallely had some unique tricks, but couldn’t land enough to earn higher scores.

The third and final run was exciting as Curren Caples fought for a spot on the podium. His clean noseblunt on the 10-stair handrail landed him in fourth place.

Ryan Decenzo got third and Trevor Colden fought for his first place spot with a backside 50/50 off the huge starting ledge, leaving Evan Smith with second.