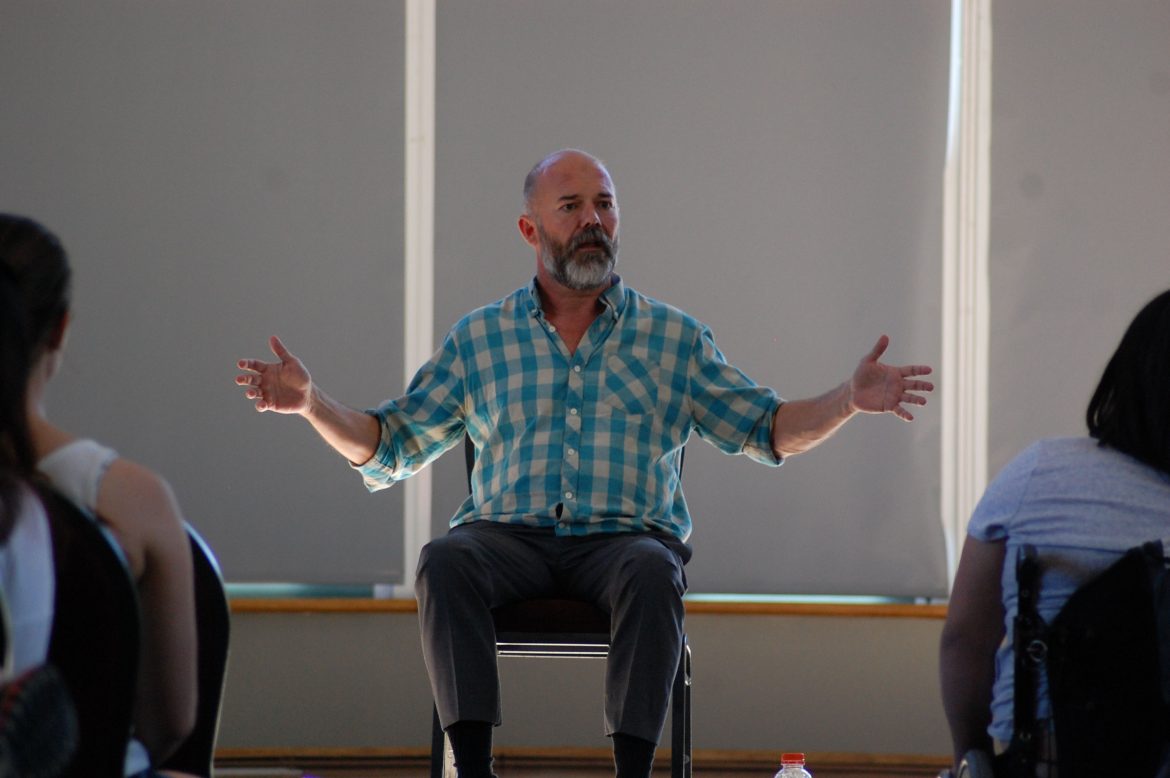 Andrew Sullivan, renowned Dish blogger, journalist, author and activist, lost a lot of friends to HIV and AIDS on his way to becoming a prominent LGBTQ activist.

“You can’t really talk about gay rights without referring to the AIDS epidemic,” he said. “During my human rights campaign for same-sex marriage licences, prominently in the years of 1993 to 1996, I lost a lot of my friends to the disease.”

Marriage equality and the loss of his friends were several topics Sullivan discussed during a visit to Cal State Northridge’s USU Grand Salon on Thursday, as he shared with guests how he became a lesbian, gay, bisexual, transgender, and queer (LGBTQ) activist.

The CSUN Pride Center and the Valley Performing Arts Center sponsored the Q&A session with Sullivan.

“I was one of the first people to start testifying in congress and the United States against the Marriage Act in the 1980s, as it barred same-sex couples from getting marriage licenses,” Sullivan said.

For Sullivan, marriage equality became an important cause, as in the late 1990s and 2000s, he began touring around the country, stopping at campuses to give speeches, appearing on television shows, and writing articles to get the word out on the need of marriage equality.

Sullivan also discussed the struggles gay men and lesbian women in the armed forces have had to go through.

“I once knew a man who had to conceal his sexual orientation because it was illegal to reveal that you were, in fact, gay,” Sullivan said. “He told me that at that time [during the Vietnam War] he understood, but now he regrets not being able to speak up about it, as it was wrong to have someone deny their sense of self.”

Sullivan also spoke of his outrage for so-called fake products designed to cure gayness, such as “Gay Away” or “Homofin.” These products, Sullivan said, portrays gayness as something akin to a disease.

“I was very shocked to learn that there were pills created to cure those that are gay,” said Ulysses Ramos, a CSUN senior and queer studies major. “It’s ridiculous. Just when I thought that equality can be possible, I go and hear about this.”

Javier Uribe, a CSUN freshman and music major, also had a lot to say in regards to the overall experience.

“The reason I came to the Q&A is because of Andrew Sullivan,” Uribe said. “He’s blunt about the LGBTQ cause, and not everyone can appreciate that. Even within the LGBTQ community, they think that the fight for equality is over, but in reality it’s not.”

“He’s such a prominent figure in the LGBTQ community as he’s been a significant part of the gay rights movement and advocating for same sex marriage” said Loeb.