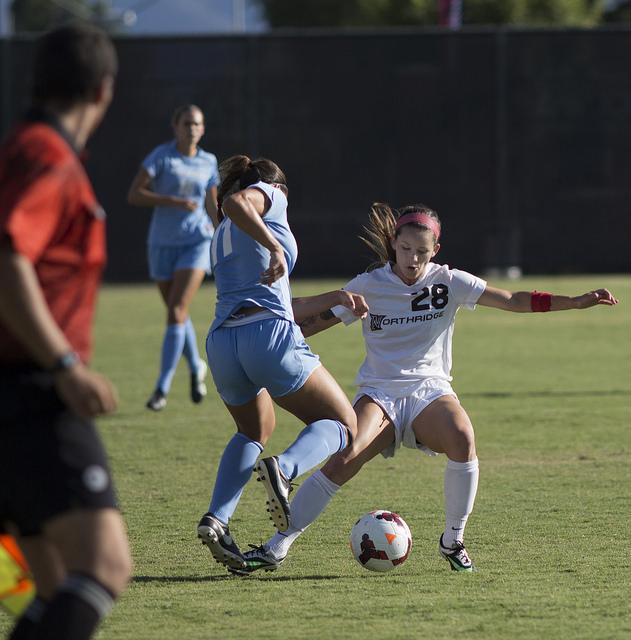 Junior defender Kendall Moskal and Junior forward Lyndsey Preston brought the Matadors back from the 1-0 Mustang lead to earn the program’s first win over both Cal Poly and UCSB on the road. Now the Matadors sit with two wins in the Big West with a total of 6 points in the standings.

Despite sweltering heat and a physical matchup with a combined 27 fouls, the Matadors persevered and fought back in the 76th minute with an opportunity off a free kick.

Sophomore midfielder Kourtney  Kutscher put a low ball in towards the near-post off the free kick which was re-directed by Moskal to tie up the score.

The score remained tied through the end of the first overtime period and in the first minute of the  double over time the Matadors would see their chance to strike.

Sophomore Nicole Thompson delivered a free kick from midfield into Mustang territory to be headed on by Senior Hannah Wissler. The ball continued off Wissler’s head and found Preston cross-cage for the touch into the net.

Sophmore Jovani McCaskill held down six saves for the narrow Matador win that saw only 14 shots on goal over the Mustang’s 13.

The Matadors bring the heat home next Sunday, October 12, at Matadors Soccer Field for their match against UC Riverside kicking off at 5 p.m.