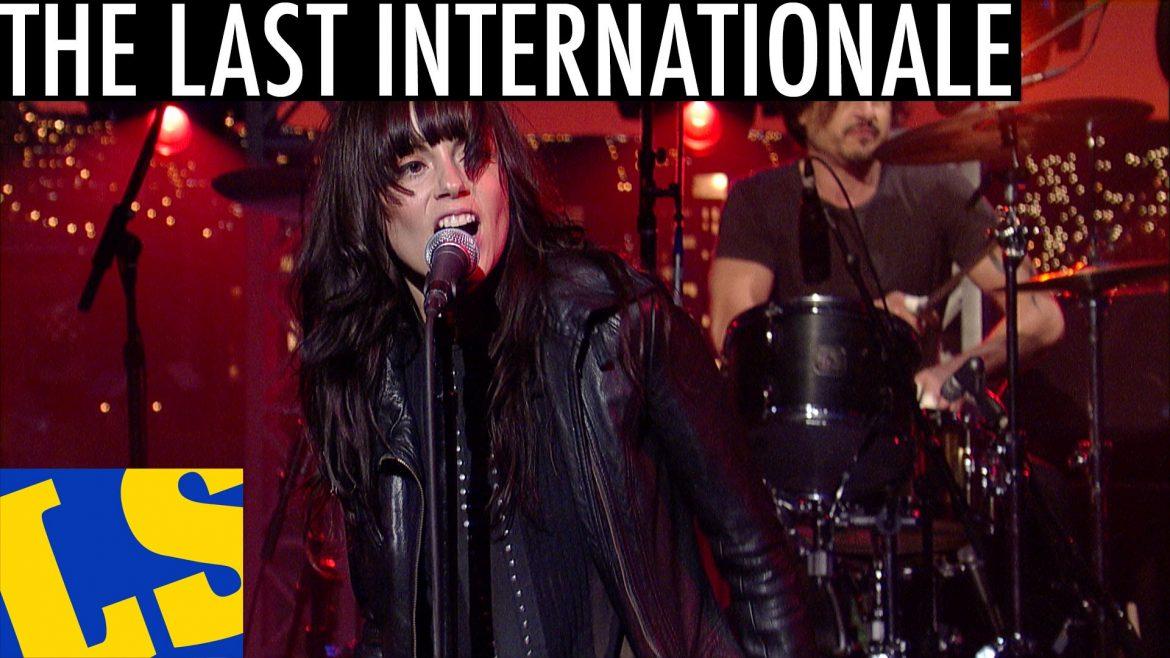 The remarkably fervid and socially charged rock trio the Last Internationale, is making the case for one of the most outstanding bands of 2014. With messages of political, social, and native issues, Last Internationale not only rocks harder than most bands out there, but does so with true substance in their work.

At the suggestion of Tom Morello, Paz and Pires were soon joined by fellow Rage Against The Machine member Brad Wilk on drums, rounding out the current lineup.

The band’s first full-length LP We Will Reign dropped last month to rave reviews. Currently on supporting Robert Plant for U.S. dates, The Sundial got to speak with Edgey Pires on the phone for a brief rundown of the band and their tour.

Sundial: In addition to fans and critics you’ve been championed by Tom Morello, Neil Young and other big names – how does it feel to receive such accolades from music legends themselves?

Pires: It’s incredible, especially coming from people I admire and have listened to my entire life. Hearing that your musical heroes dig your sound is such a crazy thought. We do make our music for our fans, first and foremost – their opinion matters most to us.

Sundial: What’s been the best part about touring with Robert Plant?

Pires: We’ve played two shows with Robert in the U.S. leg of our tour and so far it’s been amazing. No words can describe what an experience it has been to go on the road with him. Robert has been super funny, nice – he’s extremely intelligent. I don’t need to tell you about his musicianship. He’s a stupendous individual and we’re so happy to be playing with him.

Sundial: Brad Wilk is an incredible drummer – how has his dynamic added to the band considering he has been the third leg to The Last Internationale for some time now?

Pires: He definitely brought us to a whole new level. We never played with a drummer of his caliber before. The rhythms that Brad provides are like no one else. You really can’t hear them anywhere but from Brad himself. I’ve been listening to Rage Against The Machine before I can remember, so getting to bond and play with him is incredible. Getting to work with someone who is truly a one-of-a-kind artist is unbelievable.

Sundial: Your music is rebellious and socially conscious – was there a certain impetus for such a genre of music?

Pires: It’s very hard to find socially conscious music in this day and age. You really have to dig to find it and it’s ridiculous how that is the case. We need it now more than ever and yet we have virtually none of it. Somebody’s got to do it – so we figured it should be us. Us remaining artists who want to make a political and social standpoint have to step up to the plate and actually record it. It would be great to see more bands attempting to take that approach, but the rest of us assholes have decided to pick up the slack.

Sundial: We Will Reign is easily the hardest rocking and most politically informed albums of 2014. What do you think is the greatest factor that makes you stand out from the rest?

Pires: It’s a lot. I believe 100 percent, from the bottom of my heart, honestly and truly that Delila Paz is the greatest singer of the 21st century. I wouldn’t want to work with anyone who isn’t the best. We work so well together as a unit and Brad is the greatest drummer of our generation. We’ve got rhythm sections you don’t hear in other bands – they are just so phenomenal.

Pires: Thank you so much, my friend. We’re just an excellent unit. Here’s my view on our music – if someone else was doing it, I wouldn’t be doing it. We write songs no one else is writing songs about. I don’t know of any other rock groups writing songs about the genocide of American Indians or heavy political issues.

Sundial: What can your fans expect when seeing you live?

Pires: Every show is going to be completely different. We like to be as unpredictable as possible. We make things up as we go, interact with our crowds and just put on a great performance. It’s something you have to experience yourself rather than me trying to describe it.

The Last Internationale will be opening for Robert Plant at the Hollywood Palladium on Tuesday October 7.