Questioning the ethics of checkbook journalism 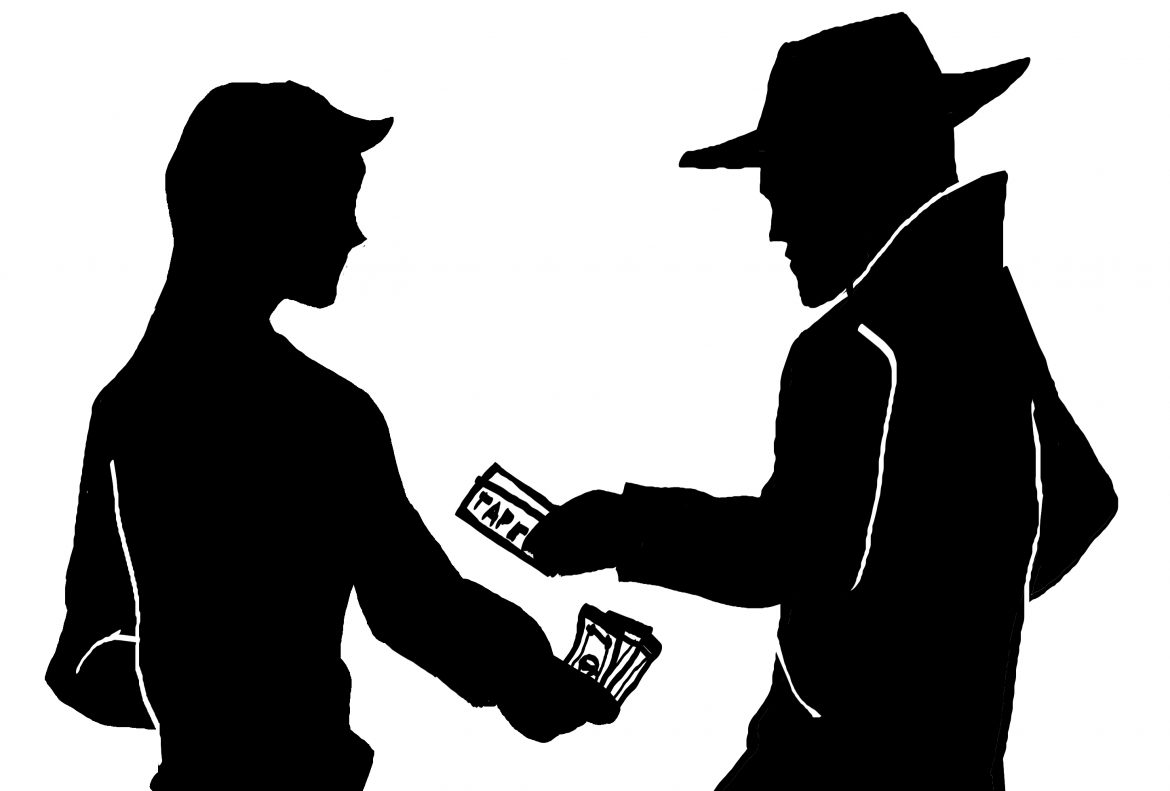 The video sparked a huge discussion on domestic violence and as soon as TMZ released the video, Rice was suspended indefinitely from the NFL.

Before the Rice video, TMZ released the Donald Sterling tape where the former Clippers owner can be heard complaining to his girlfriend V. Stiviano about her “associating with black people,” at his games. Similar to the Rice story, TMZ’s reporting on Sterling lead to his lifetime ban from the NBA, a fee and the forced sale of the Clippers.

So kudos to TMZ for all their efforts and reporting, which by the way, beat out other mainstream media organizations in exposing Rice and Sterling’s actions to the public.

But there is one part to their reporting that is questionable: Is it okay for TMZ, or any other news organization for that matter, to pay for information?

Why not pay for it?

Throughout journalism school, we discuss the Society of Professional Journalists’ (SPJ) code of ethics. It tells us that paying for information calls into question its credibility and creates a conflict of interest because the relationship between a journalist and a source turns into a business one.

Now TMZ didn’t announce from who or how much if at all they paid for the Rice video or the Sterling tape. But we know from statements made by Evan Rosenblum, an executive producer for TMZ and TMZ Sports, that the organization’s policy allows them to pay for such information.

“We never talk specifically about particular footage, but our policy is we absolutely pay for video; just like everybody else does,” Rosenblum said in a statement regarding the Rice video. “We’re just honest about it.”

So then if it is the policy of TMZ or any other news organization that allows them to pay for information, by the SPJ’s standards we should question both the credibility and the motives of the source.

Using the Rice video as an example to test the SPJ code of ethics, we can see that credibility of the information appears to be valid because the recording doesn’t appear to be meaningfully doctored. However, the motives of the source are questionable.

Rice hit his fiancée in the face in February of this year, and TMZ released the video showing the two in the elevator in September. The time gap between the two events suggests that the video might not have been sent to TMZ immediately.

It could have been sent to other news organizations, or it could have been sent to the NFL so that they could deal with the matter internally. The latter was actually reported by AP after speaking with a law enforcement official, who spoke on the condition he remain anonymous, who said he sent the video to the NFL head of security Jeff Miller five months before it was released by TMZ.

Another example of a news organization’s willingness to pay for information is the news site Gawker. Last year Gawker launched a fundraiser on Indiegogo to raise $200,000 to pay for a video of Canadian mayor Rob Ford smoking crack. Although they weren’t able to buy the video, which was later acquired by Toronto police, they did raise the money to pay the source.

The video that they were going to buy was authentic, so it passes that portion of the SPJ code of ethics but again the motives of the source are questionable.

Whenever recordings or documents involving public officials come into existence, it is immediately valuable to the public and that official’s cabinet, which will pay to keep the video private. When a source holds a bid for the information, their priority is to make money from the video; it’s secondary to them that it causes a discussion so the source’s motives become questionable.

By applying the code of ethics we learn at our school’s journalism department that we can find that there are possibly problems with paying for information.

Even still, there is a bigger problem

Besides offending the SPJ’s code of ethics, the other problem with paying for information is it creates a financial barrier to something that the public needs to know in order to make informed decisions.

Sure, the most important function of journalists is to investigate and release information. And, if TMZ or other news organizations that pay for information don’t pay for it when their sources ask them to, then it is very likely that the information will remain hidden from the public – which is worse than having paid for the information.

Both Rice and Sterling were content living their lives as public figures and – at least – in the Rice case, it wasn’t like the league was actively looking for the tape that implicated one of its players. So it is a real possibility that if news organization don’t obtain and release information, then no one else will.

Regardless, every time a journalist pays for information they establish a precedent which validates to society the sale of information to news organizations.

The worst part of this trend is that it will eventually spread past paying for videos of wife-hitting athletes or crack-smoking mayors. Eventually, journalists will create a culture where the sale of information like the NSA leaks of Edward Snowden or the U.S Military leaks of Chelsea Manning is acceptable.

If journalists continue paying for information, they will turn whistleblowers into businesspeople.