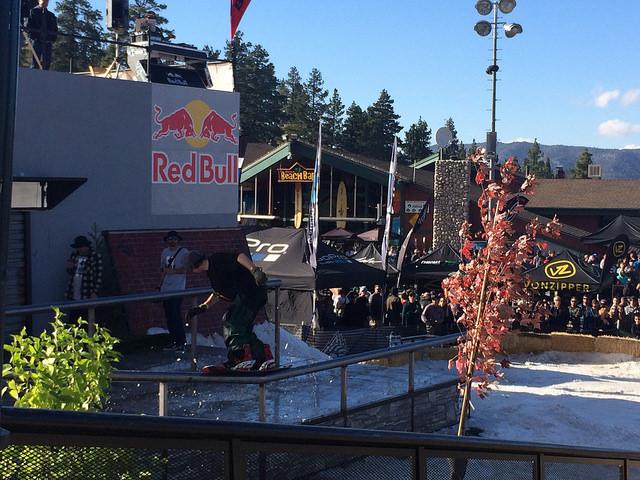 Rails, gaps and roof jumps were set up as pros and ams competed to win 10,000 dollars. Hayley Hill/ The Sundial

Rails, gaps and roof jumps were set up as pros and amateurs competed to win 10,000 dollars. Hayley Hill/ The Sundial

Hot dawgs and Handrails was super fun as pros and ams came out to compete. Bear had two decent sized courses with man made snow, rails, jumps and roofs. The excitement for the snow season was palpable as people lined up to get their hands on their discounted season passes. Beer was flowing and there were tons of…you guessed it…Hot dogs! Passes went for a discounted rate of $300. There were also offers that allow access to Bear Mountain and Mammoth Resort for $600. Tons of booths were set up to promote new products like Burton, thirty-two, GoPro and Von Zipper.

Everyone gathered after the festivities to watch the competition where Johnny O’Connor took first place with a heavy line of tricks along with great style and walked away with10,000 dollars. He had a solid backside 360 to 50-50 and a back one to the roof to regular. He had overall domination of the course and was no stranger to any of the features. Denis Leontyev took second place, Luke Haddock took third and Zack Rawles won for best trick.  Denis Leontyev did a backside 450-lip slide, which was awesome.

Everyone was hanging with friends, talking about the upcoming season, new video parts. Pros were spotted including Olympic Gold Medalist, Jamie Anderson. Later that night, Videograss premiered “MayDay” a new snow video featuring Joe Sexton, Danimals and Jake O.E. at AV nightclub. It was another great year of festivities and boarding! Let the season begin! 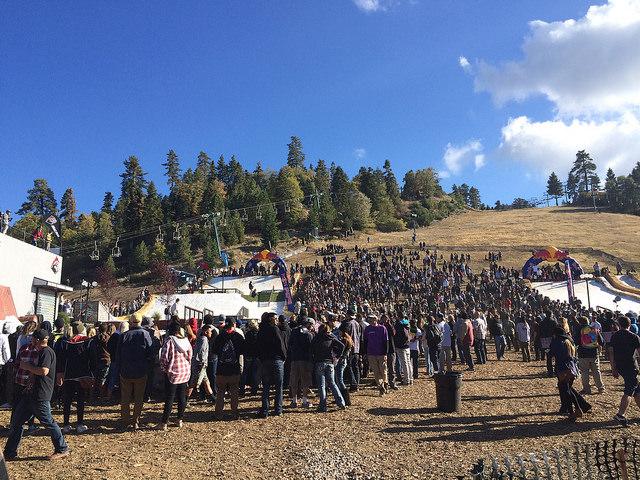 People gathered to watch the competition and get their discounted season passes. Hayley Hill/The Sundial