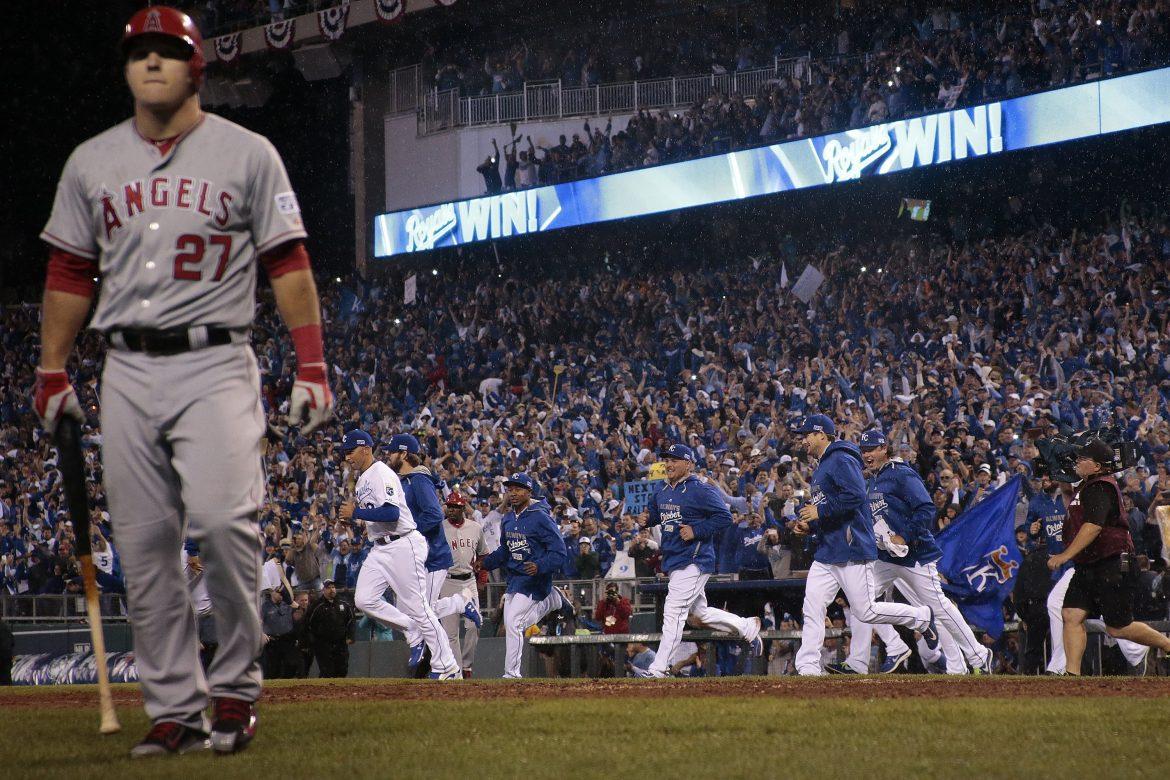 Mike Trout performed well enough for MVP consideration in the regular season, but underwhelmed in the post season. Photo courtesy of MCT.

A couple weeks ago, I wrote a piece on the possibility of the Los Angeles Dodgers and the Angels possibly facing off in the world series.

These two teams were the teams to beat during the regular season.

And yet both of them got knocked out by teams who were not supposed to beat them, teams that are clearly worse “on paper.”

The Dodgers got knocked around by the St. Louis Cardinals in the division series and the Angels got swept by the Kansas City Royals.

The Dodgers and Angels both have big names on their rosters.

The Dodgers have Yasiel Puig, Matt Kemp, Hanley Ramirez, Clayton Kershaw, Zach Greinke and so on.

The Dodgers have the most expensive roster in baseball at $238 million. The Angels come in at No.9 at $127 million.

The MVP for the American League and the National League are probably going to come out of these two teams. Kershaw for NL MVP and Trout for AL MVP.

So what exactly happened?

A week before postseason play started, the Angels, Dodgers and the Washington Nationals were favored to go to the World Series and yet all three teams got knocked out early.

For the Dodgers, the blame can really go to anyone in the roster.

It is probably easy to blame Kershaw for the early exit. After spoiling fans in the regular season with an ERA of 1.77 and a record of 21-3, it was a different story in the postseason.

Or maybe the blame can go to Adrian Gonzalez. After leading the league in RBIs this year with 116 and batting a respectable average of .276, he batted .188 in the postseason.

The relief pitching was not very good as well. As a whole, the relief pitchers pitched six innings and allowed four runs. That is a 6.00 ERA.

However, the blame should go to the top, to Manager Don Mattingly and General Manager Ned Colletti.

No slack should be given to the players, but the managers have to manage the team better.

Mattingly has not been managing well since last year in the postseason. Often times, he would pull the starting pitchers early or leave them too long in the game and make wrong substitutions.

During this year’s postseason he made mistakes also.

In game 1, he left Kershaw in too long and should have pulled him earlier. He clearly did not have his best stuff and yet due to a low pitch count, Mattingly did not pull him.

Kershaw was having a respectable game through six innings, allowing just two runs. However, in the seventh inning all hell broke loose as the Cardinals rumbled for eight runs.

In game 3, Hyun Jin Ryu was throwing a very good game. Through six innings, he allowed just one run and the pitch count was also fairly low. However, Mattingly pulled him for Scott Elbert.

Elbert went on to allow the go ahead home run.

So, now what was wrong with the Angels?

They got swept by a Royals team that shouldn’t even have been in the same stratosphere as the Angels. However, what could have possible went wrong, went all wrong.

We already knew about the Angels’ weak starting pitching but that was not even the main problem.

The Angels were supposed to have a high powered unstoppable offense. However, two batters batted above .200 in the series.

Erick Aybar had a batting average of .455 and Kole Calhoun a .333. Pujols had the third highest batting average with a mark of .167. Potential MVP Trout batted .083 and Hamilton did not even get a single hit in the series.

However, the relief pitching was supposed to be dominant and they were not. The relief pitchers gave up 8 runs in 17 innings and took the loss in all three games.

All in all, it was not a very good postseason for these two Southern California teams.

They are living proof that regular seasons mean nothing. The actual play starts in the postseason.

All we can do is wait for next year…maybe these two teams can figure it out and make it farther in the postseason and “possibly” meet in the World Series. Until then, all we can do is speculate.