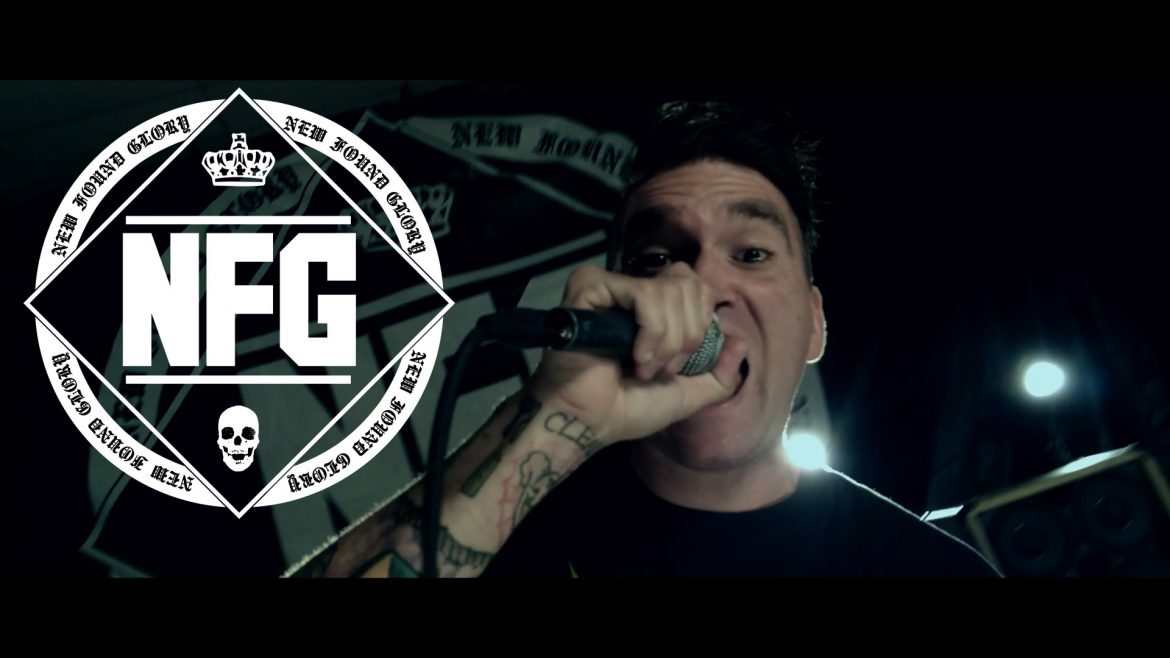 With their new album “Resurrection,” New Found Glory (NFG) has resurrected not only their career, but everything we love about early 2000s punk rock.

From the jump, Gilbert’s guitar riffs invoke unrelenting headbanging, making you want to blast the opening track, “Selfless,” a song that shows the band’s growth as men by detailing desires to give back to others in life.

Pundik’s voice is as crisp and nasally as ever.

Bolooki’s drum beats send you all the way back to the band’s “Sticks and Stones” days, double-timing throughout the album while beautifully aligning itself with Pundik’s vocals and Gilbert’s guitar on occasion.

It oozes with a classic NFG feel, letting you know you’re in for a magical, nostalgic ride.

“Resurrection” is the band’s first album without former guitarist Steve Klein. Throughout their extensive career, NFG have never had a lineup change, yet because of Gilbert’s powerful chordplay, Klein’s absence can be easily overlooked.

The lyrical tone of the album quickly turns with “The Worst Person,” which needs no explanation.

Bolooki’s fast-paced drum beat, and Gilbert’s guitar riff in the verses, drive you right to the chorus, which is a quarter-time doozy.

One of the best things about a new album is listening to the songs that aren’t singles.

NFG fans will get their money’s worth with tracks like “Vicious Love,” “Degenerate,” and “Living Hell.” Each song has darkish lyrics but infectious melodies, and guitar riffs that will keep you pressing repeat on your car stereo or iPod.

In a music world where new artists are constantly using more electronic-based elements, it’s great to see that NFG has stuck to what works for them: good lyrics, fast drumming, simple but effective guitar riffs, and just the right amount of punk-rock spunk.

The violin-wielding pop-rock band is back with their third album in four years — but this time without a key cog in their music machine.

The album is one of the most somber of the band’s career. It’s almost completely devoid of what’s made Yellowcard’s career last this long: a healthy mix of ballads and fast-paced punk rock songs. The record as a whole just feels … different.

But different doesn’t always mean bad. While diehard Yellowcard fans will notice the absence of L.P.’s insanely intricate drum fills, what they will notice is a veteran band rising to a challenge.

Key’s lyrics are reflective and mature, almost as if he sees the end of his career on the horizon. His vocal tone as at its best, and he uses his sweet falsetto often in the album — something Key’s been incorporating more of in recent years.

The album starts out differently than previous ones: with a two-minute orchestra instrumental, giving the listener a feeling of calm and reflection.

The next four tracks were released online before the album’s release Oct. 7, and they’re indicative of the rest of the album.

“Transmission Home” and “Crash the Gates” are mid-tempo rock songs, but they’ll remind you why Yellowcard has always been so good — they make slower sound better.

Just like the NFG album, hidden gems are what make this album worth buying.

“Illuminate” is the closest thing to so-called “old school” Yellowcard that’s on the record, with a strong opening guitar riff that loosely resembles the first glorious seconds of “Sure Thing Falling” from 2006’s “Lights and Sounds.” Plus, there are 20 seconds in the last half of the track that will get you jumping up and down like the Yellowcard-loving fiend you are (just me? OK).

“MSK” should just be called “The Sean Mackin Show,” because his penetrating violin is the main focus of the track.

Key’s voice allows the listener to just sit in silence and reflect on their entire life. This song could easily be in the last five minutes of a romantic movie adapted from a Nicholas Sparks novel.

With “Sail,” Yellowcard has again proven that adversity suits them. After a hiatus in 2008, they came back with “When You’re Through Thinking, Say Yes,” which is one of their most well-rounded and enjoyable albums they’ve ever recorded.

This time, L.P.’s departure will launch the new stage of Yellowcard’s career.
“Lift A Sail” is a pretty good start.