Sexual assault: Are we polishing over the issue? 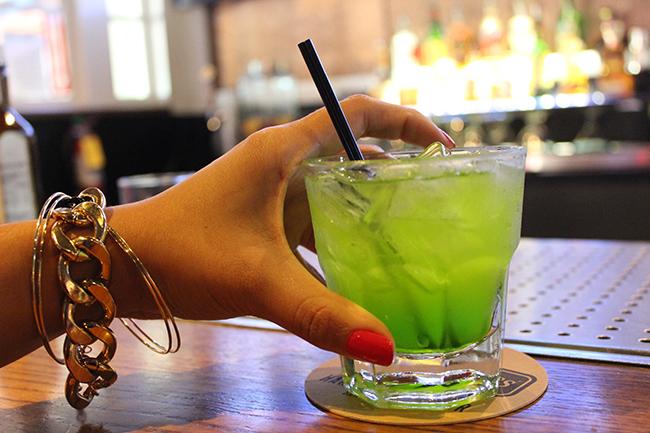 The nail polish developed by students is said to detect when something has been poured into a drink when the persons dips his or her finger in the drink. The nail polish will change colors letting the person know there is something in his or hers drink. Photo Credit: Araceli Castillo/ Photo Editor

The nail polish works like this: A woman paints her nails before going out. If she stirs her drink later with her finger, the polish would change color if the drink had come in contact with certain chemicals found in common date rape drugs. This is thee new controversial startup developed by a four-man team at North Carolina State University. It is aimed at detecting date rape drugs by using a color-changing nail polish.

CSUN student Candace Castillo was impressed that this was developed by a group of men looking out for the well-being of women. “I think it’s awesome. I saw it on Facebook first, but then so many different websites were covering it,” she said.

According to the CSUN University Counseling Services one in four college women experience rape and 95 percent of rapes happen when one party has consumed alcohol. CSUN has several programs that help spread awareness of the growing issue. In fact, DATE Project, sponsored by Strength United (formerly Valley Trauma Center) holds presentations in classrooms not only to educate students about psychological effects and medical issues related to rape but also ways to prevent rape.

Dr. Dianne Bartlow, Chair of the CSUN Gender and Women’s Studies Department, said that the polish, “is a great tool for women to use in order to alert them of something sinister. But is it all we need to be doing? Absolutely not.”

Undercover Colors has received its fair share of negative attention since it is criticized for being used as a tool for blaming the victim. So is giving women a drug-detecting tool the answer, or are we just skirting around the larger societal issue? Beyond the concerns of rape culture, others are worried about giving women a false sense of security.

Whether or not nail polish is the answer, it certainly has created a few questions. Many say our culture needs to be changed. Others feel better that they have an extra defense because of new rape prevention inventions. But anything that gets people talking is bound to give this serious topic more time in the spotlight.