Racist representations in the media needs to change 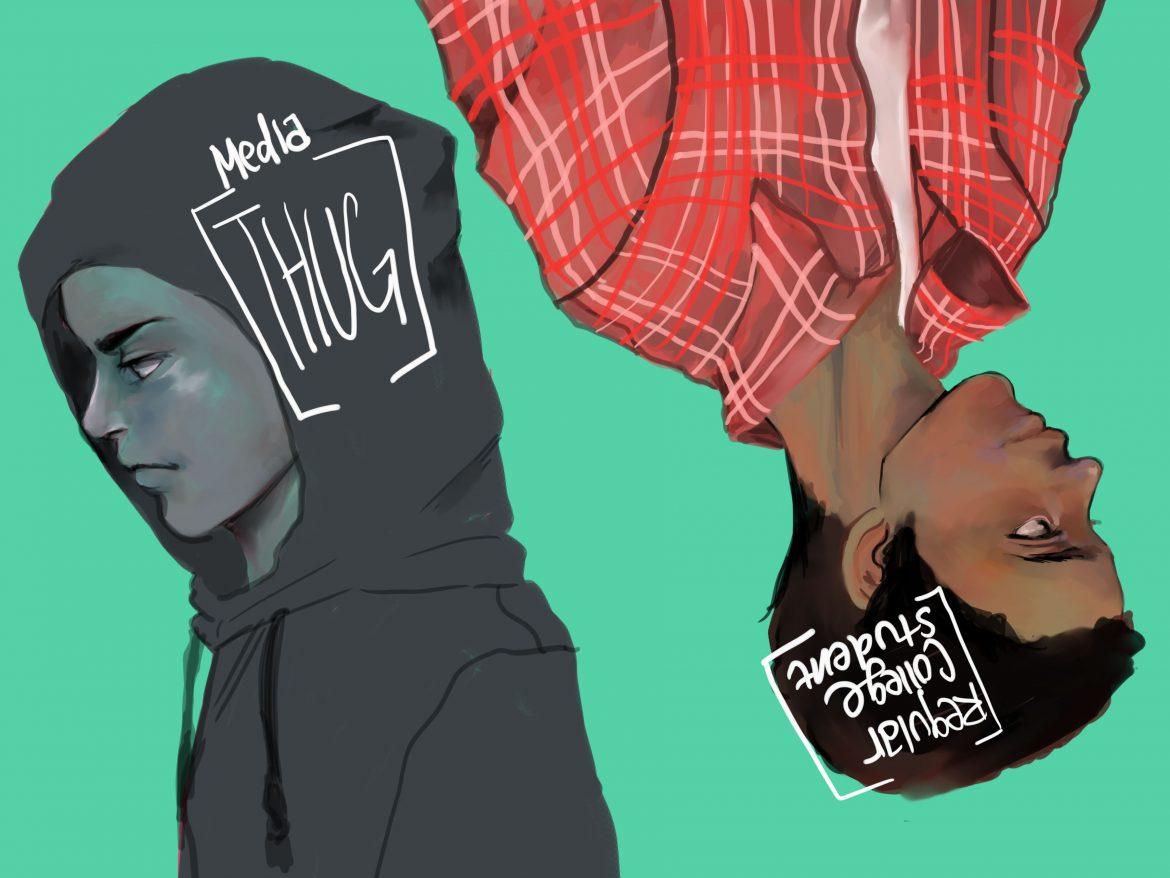 Black and white, two hues usually set to depict opposites. From films to one’s own reality, these shades alone hold the power of how we view each other in society.

In many films and TV shows, black people are primarily depicted as the drug dealers, the thugs or the hardcore convicts. In the meantime, white people are portrayed to be  successful, the heroes of the story.

What is seen in the mass media creates the false perception of what reality is for all black people. Our media creates a subconscious racist ideology leaving many to fear black people. These black male stereotypes portrayed in films may be fictional but they add to beliefs about the world and the people in it.

These ideologies seep into our minds suggesting the unarmed murders of black victims are justified.

The fear of blackness transcends into reality, such as with the cases of Darren Wilson, George Zimmerman or Michael Dunn.

These “alleged” criminals reigned terror once again in the recent case of Levar Jones. In a newly released police dash cam video, that occurred in early September, officer Sean Groubert was seen shooting the unarmed Jones.

Sound familiar? He pulled over this man for not having on a seatbelt, which Jones later stated he took off prior to pulling into the gas station.

The media brainwashed cops struck again in the recent murder case of John Crawford. Ronald Ritchie (a Walmart shopper) called authorities when he saw a black man walking around with a gun in the store. In the released surveillance footage, it shows Crawford being shot and killed moments after the call inside the Walmart for reportedly threatening shoppers with a rifle.

Crawford was holding an unloaded BB rifle, and Ritchie believed Crawford was attempting to load it. The cop arrived with the motive to kill that night. Crawford’s case was just another unfortunate tragedy that eliminated yet another innocent life.

See the pattern? The equation seems to be: black man plus “fear” equals death.

What about black women? Do they too bring forth this anxiousness?

Loud, ghetto, mean, prostitutes? From slavery to today’s own media coverage, women of color have always been depicted as less desirable.

Actress Danièle Watts was detained by Los Angeles Police under the idea that she was a prostitute, when in reality she was seen kissing and straddling her husband.

While there is the matter of public indecency and PDA, the assumption by race and by sex was still there. This also may have been what led an eyewitness to call the authorities.

Was there really harm done or need for an anonymous witness to call the cops on a black woman kissing her husband? Or should it be mentioned that her husband is white? Studies show that black women are the least desired race when it comes to online dating.

When the media showcases women of color, it is safe to say the main depiction is of them acting out in accordance to their “assigned” label.

Even some news outlets are susceptible to these racist portrayals. Not convinced? Consider these headlines:

Black Victim: Shooting Victim had many run-ins with the law (Omaha World-Herald)

This trend shows that headlines depict black victims as delinquents. While white people, are portrayed in a less negative light.

The tragedy of the unarmed Ferguson teenager, Michael Brown, reignited a national conversation for change on racial discrimination, police brutality and inequality. The case has encouraged demonstrations nationwide.

Even as students and faculty members, no matter the race, labelling is a part of life that we have no control over. We are put into slots based on other’s ideals about your sexuality, age, height, disability, and the list goes on.

What needs to be done is to find a solution to this problem of bad media representation. The first step is seeing triumphs showcased from one’s own ethnic group, and in return promoting hope. There needs to be more success stories than tragedies, its all about how you’re portrayed that influences the mass.The next step is finding alternative forms of media or other news outlets as opposed to just the mainstream views.

As students, it is up to us to open up our eyes and really take a look at what is going on around us. Don’t worry, the world didn’t get worse, your eyes just got wider.