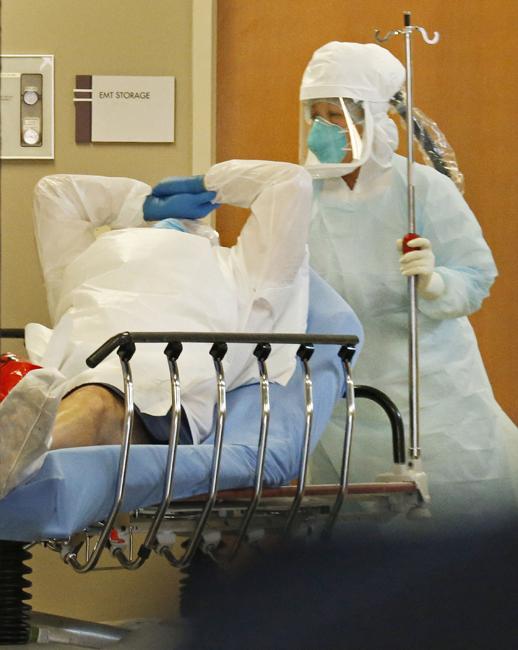 UPDATE: This story has been updated to say there is little chance that any of the 130 passengers on Amber Vinson’s flight from Cleveland to Texas could have contracted Ebola.

It is hard to miss the Ebola epidemic coverage on the news and social media channels.

The disease, which has largely been treated as a problem “over there in Africa,” is now a global threat in a way it’s never been before.

The Centers for Disease Control and Prevention (CDC) has called this year’s Ebola epidemic the largest in history. As of Oct. 15, more than 4,400 deaths have been confirmed globally.

Although the disease has remained, for the most part, overseas, it’s now on American soil, which makes it an “us” issue rather than a “them” issue.

The first case of travel-related Ebola in the United States was discovered on Sept. 30 in Dallas, after a Liberian man traveling from West Africa began showing symptoms associated with the disease. Thomas Eric Duncan, checked into the Texas Presbyterian Hospital of Dallas where he was confirmed to have contracted the virus. He died of Ebola on Oct. 8 and was cremated. All of his close contacts have been identified and are being monitored.

The CDC said there have been three confirmed cases of Ebola since Sept. 30. Eleven people have been confirmed to have been directly exposed to the virus; one of which tested positive for Ebola last Thursday.

A second nurse, Amber Vinson, 29, from Texas Presbyterian was confirmed to have contracted Ebola earlier this week and has been placed in isolation at Atlanta Emory University Hospital. Health officials discovered Vinson had been cleared to board a plane from Cleveland to Texas despite stating she had a low-grade fever the day before she was diagnosed. Vinson had treated Duncan.

Although health officials say there’s little chance that any of the 130 passengers on her flight could have contracted the virus, the CDC has asked that they call into the hotline. The Pilots and crew members on board during the flight have been placed on a 21-day leave as a precaution and the plane which made at least five trips between Friday’s flight and Wednesday has been placed out of service.

Even with the increase in cases and risk globally and in the States, Marta Lopez, director of international programs on campus, said the department hasn’t made any changes in its processes.

“We do not have any students participating in our South African program,” she said. “As a result, there have been no extra measures at this time deemed necessary.”

While the risk is still listed as low, the CDC and CSUN’s Klotz Student Health Center are preparing for the chance that it could spread.

Dr. Yolanda Reid Chassiakos, director of the Klotz Student Health Center, said while she hopes the epidemic doesn’t make its way to California, the health center is prepared.

“The Klotz Student Health Center has implemented intensive and broad policies and procedures to identify triage for Ebola exposure or infection,” she said. “These policies include our current screening of all patients for travel and exposure history, and protocols for immediately isolating and safely addressing the health needs of anyone who might be at high risk.”

Chassiakos said as part of the preparation, all staff at the health center have gone through updated training of protocols and have access to use full-body personal protective equipment, should the need arise.

Bearing in mind that the holiday-travel season is right around the corner, there are some things we should be cautious of and steps we can take to limit the risk of illness.

James Merrin, M.D., health center travel physician, said it’s difficult to know who’s been infected because symptoms can take a while to appear, but says to be watchful and avoid affected areas whenever possible.

“If you are just walking down the street or shaking someone’s hand you aren’t likely to get it,” he said. “It is transferred through body fluids.”

As a precaution, Merrin advises not to touch anyone suspected of carrying infection or any of their items, including their clothing, bedding etc. which absorb sweat. He also recommends keeping hands away from your mouth, eyes and nose, and to wash them thoroughly.

Those planning to travel outside of the country during the holiday break are advised to make an appointment with Merrin or their personal health care professional for immunizations at least six weeks ahead of planned travel.

If you or someone you know has traveled to an area that has been impacted by Ebola within the last three weeks and you feel sick, go to the nearest hospital.

For more information and list of symptoms and signs related to Ebola visit http://www.cdc.gov/vhf/ebola/ or contact the Student Health Center.