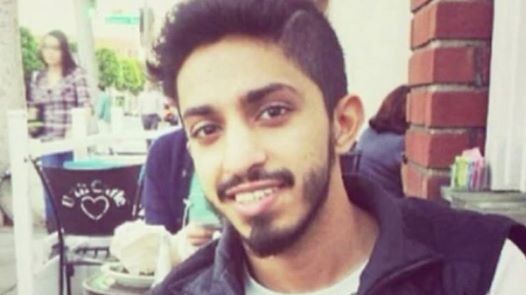 A Long Beach man has been charged with murder in the death of CSUN student Abdullah Alkadi, the Los Angeles County District Attorney’s Office announced in a press release Monday morning.

Agustin Fernandez, 28, has been charged with with one count of capital murder and murder during a carjacking. It is alleged that Fernandez used a knife during the assault, according to the District Attorney’s Office. He is scheduled to be arraigned Monday at Los Angeles Superior Court in San Fernando. Cynthia Barnes, deputy district attorney with the Major Crimes Division, said Alkadi met the defendant through a social media site after Alkadi posted his car for sale, according to the press release.

Fernandez was arrested Thursday the day before Alkadi’s body was found, and a second suspect has also been arrested.

Alkadi, 23, who was an electrical engineering major at CSUN, went missing Sept. 17 and was last seen at his home in Northridge.

Fernandez, because of the use of weapon allegations, is eligible for the death penalty, but prosecutors will determine to seek death or a life sentence in state prison, according to the release.

Fernandez is being held without bail.

The LAPD will provide more information in a press conference Monday afternoon at LAPD headquarters.