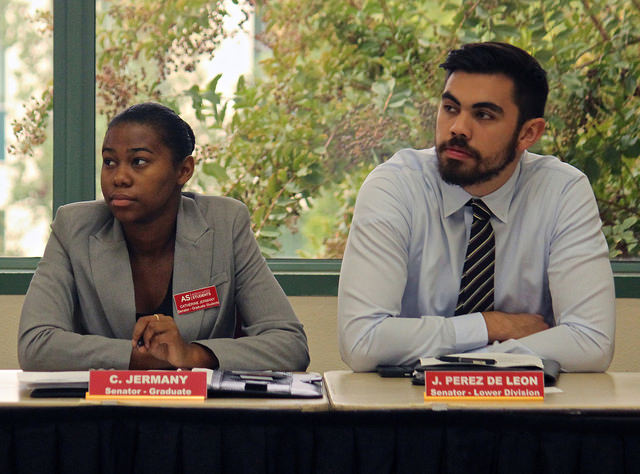 The Associated Students (AS) senate voted to approve the $2 per student, per semester fee to go toward the California State Student Association (CSSA), a statewide student organization which represents students on all 23 California State University (CSU) campuses.

Devon Graves, chair for CSSA, said the fee could bring the association $900,000 in additional funding each semester. Currently, AS pays $25,284.60 annually to CSSA. The fee called the Student Involvement and Representation Fund, would benefit students through better representation.

“The more students we can get involved, at the Capitol, at DC, at the Chancellor’s Office, the better,” Graves said. Some senators like Gabrielle Danis asked for clarification on how the funds would benefit students. Sevag Alexanian, AS senator, said students can apply for a variety of jobs through CSSA.

“Because there is going to be more money coming into the CSSA, (students are) going to have more opportunities for jobs, internships,” Alexanian said.

After more discussion the resolution passed with about four AS senators abstaining from voting. The motion now awaits approval from the Board of Trustees. Alexanian said they will decide when to implement this new fee.

Tiffany Zaich, AS president, also asked for a moment of silence for student Abdullah Alkadi who was found dead in Palm Desert after a month-long search.

“This is really unfortunate that we have lost a fellow Matador in this situation,” she said.

Zaich also spoke about the results of a survey regarding banning smoking on campus. 34 percent of students surveyed said they would support a complete ban of smoking on campus and 24 percent said an increase in designated smoking areas on campus.

“One of the goals of (CSUN) President Harrison is to make our campus a smoke-free campus,” Zaich said.

The next AS senate meeting will be held at 9 a.m. in the Grand Salon of the University Student Union.