Songstress paints the silence with music 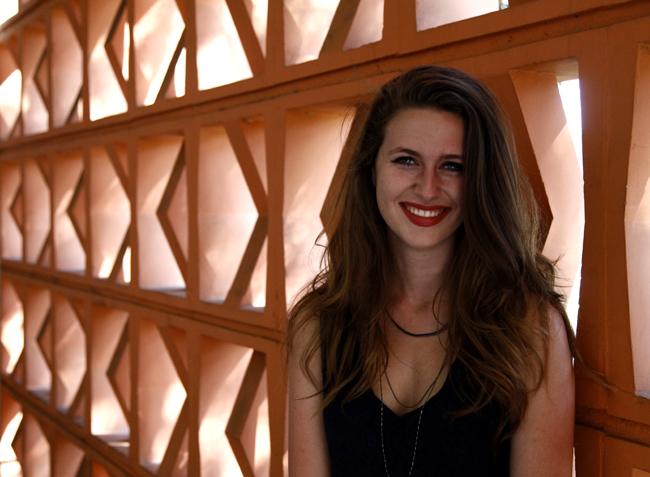 Having the support of her parents and being self dedicated, Chandler Juliet has released her first EP, "Turning Points". She believes anyone can reach their goals with hard work. Photo Credit: Juan Pardo/ Contributor

After working as a camp counselor and singing to young girls at an arts camp in Michigan, 20-year-old business marketing major Chandler Juliet decided she wanted to make her music known to the world.

“Hearing the girls sing the lyrics to my songs over the summer… and seeing how they related to my lyrics, I had finally decided to go for it,” said Juliet.
Juliet was born and raised in the San Fernando Valley by two professional musicians. Her father Bob McChesney and mother Calabria Foti are well-respected jazz musicians.

Both of her parents worked on numerous television shows in bands and orchestras. Some of these shows include Family Guy, American Dad and other motion pictures. Foti worked with Seth MacFarlane and received a Grammy nomination while McChesney is a trombone professor at CSUN.
Music is not just something that she loves to do, but it runs in her DNA as well. Since Juliet was raised in a family of musicians, it was only natural for her to take after her parents.

While growing up, Juliet learned how to sing and studied numerous instruments ranging from piano to guitar. At 11-years-old, Juliet started writing songs with her best friend Heather Botnick. While they both had a passion for music, Juliet wanted to do something more with her artistic abilities.

“We used to write songs together in middle school and she was the one who decided to pursue music as a career,” Botnick said. “Through maturity she really expresses her experiences in her music and it’s so inspiring to watch.”

The songs Juliet would write would help her overcome tough life situations. She never gave much thought to producing her own record or even having fans that would be able to relate to her music.

Juliet decided to pursue her dream of music by producing her first debut EP called “Turning Points” with her father. While Juliet admits that producing her music is rewarding, it also comes with struggles.

“Not feeling any kind of inspiration is really difficult,” Juliet said.
With the difficulties put aside, “Turning Points” helped show who she truly is. Her songs we focused on love, heartbreak, death and learning dealt with finding her own identity. Juliet wanted to showcase that she, like anyone else, is human and makes mistakes.
Her EP shows fans that everyone can learn from their mistakes and turn it into a lesson learned.

“Like a lot of kids do in their teen years, I went through a lot of changes, and learned plenty of lessons,” Juliet said “My story is all in the music.”
Juliet said that trying to balance school, her everyday life and music career all at once can be a lot to handle. Juliet said that she is fortunate enough to have friends and family members who are supportive of her music.

“My parents have been amazingly supportive,” she said. “Probably because they have worked in the music industry for so long and they are connecting me to the right people.”

Her father not only helped Juliet produce music, but he is also one of her most supportive fans.
“Chandler is so naturally talented, it’s sick. I see her as a very driven person who is working on her dream,” McChesney said. “I believe she has a clear image of herself as a pop artist and she will make it.”

There is no telling where Juliet will go with her music, but she is determined to pursue her career of being a musician.
Juliet says she couldn’t see herself doing anything else since her passion for music runs so strong. In fact, if being a singer doesn’t go as planned, Juliet is not sure what the next step will be.

“I don’t like that idea. So as risky, and foolish as it might be, I try not to think about plan B too much.”
Juliet believes she still has a long way to go in her journey to success. She is thankful for the opportunities presented and the transformation it brought about within her.
“The mood music can immediately put me in, is indescribable,” said Juliet with a smile on her face.