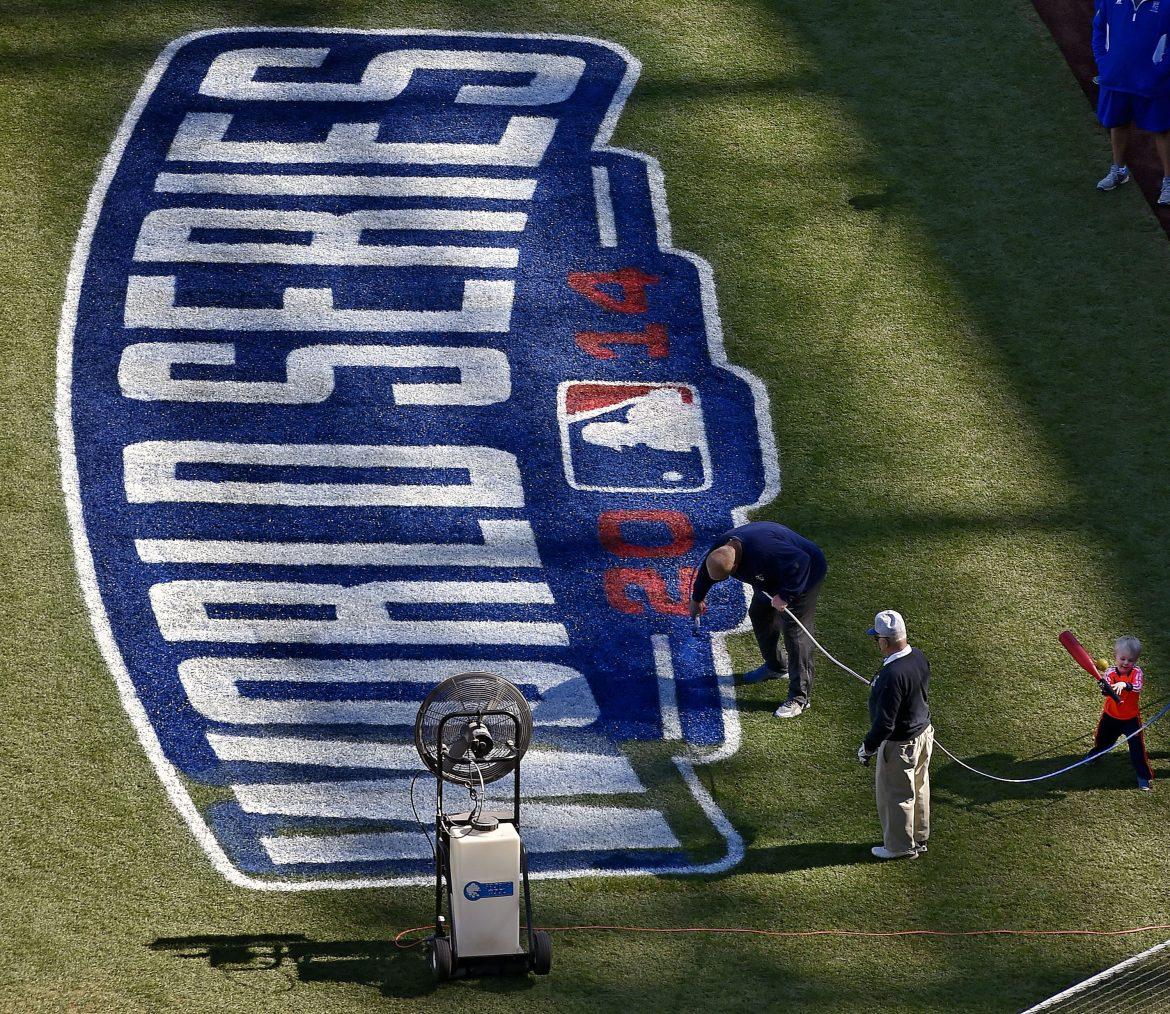 If someone predicted the Kansas City Royals and the San Francisco Giants are meeting in the World Series, before the season started, I would have called you insane but here we are.

The Giants have been there three times in the last five years and have two World Series Championships under their belts.

The Royals have not been to the World Series since 1985. They haven’t even been to the postseason since they won that year. That would be a 29 year drought.

Vegas odds had the Royals’ chances at going to the world series 50-1 and the Giants at 20-1.

Vegas odds had the St. Louis Cardinals No.1 at 11-1 but the Giants disposed of them quickly in the National League Championship Series.

These two teams are very different: one has power and the other has speed. So let’s look at the various matchups on the field to try to predict who will be crowned the champion.

The Giants have former World Series MVP Pablo Sandoval roaming at third base. The other players in the infield include Brandon Belt at first base, rookie Joe Panik at second base and Brandon Crawford at shortstop.

Sandoval needs to play better as he is batting .326 but has only one RBI in 10 games. However as we have seen him in 2012 winning the MVP in the World Series, he can get quite dangerous.

Crawford supplied the grand slam in the first game of the postseason against the Pittsburgh Pirates but ever since then he is batting only .212 with one RBI in nine games.

The infield defense has been good and this is important due to the speed of the Royals. The Royals hit a lot of ground balls and play a lot of small-ball. Panik has been quite good at second base as he committed no errors in 39 chances. Crawford is ranked seventh among all shortstops in defensive runs saved.

The Royals have Eric Hosmer at first base, veteran Omar Infante at second base, Mike Moustakas at third base and Alcides Escobar at shortstop. Hosmer, who hit .270 during the regular season, is having a hot postseason. In eight games, he is batting .448 with 2 home runs and 8 RBI.

Escobar, one of the more underrated shortstops, is batting .278 in the postseason with a home run but just one stolen base. After stealing 31 bases in the regular season, he must be able to set the table by stealing bases.

Moustakas is one of the few power hitters in the lineup. He has 7 hits in 8 games during the postseason and four of those hits (more than half) are home runs.

Defense is one of the things that the Royals are very good at. They had a lot of plays that involves bodies flying through the air to catch fly balls. You have Gordon making an outstanding catch and Moustakas leaning over the railing to catch a fly ball. Escobar and Hosmer also had their moments making dazzling catches. Defense is really one of their calling cards.

The Giants have Travis Ishikawa at left field, Gregor Blanco at center field and Hunter Pence at right field. It’s surprising that Ishikawa, who was the hero in the NLCS by hitting a walk off home run, almost gave up baseball before this year.

Gordon is leading the way in the postseason with three stolen bases but is only batting .222. However he has an on base percentage of .400. Cain is having a marvelous postseason as he is hitting .353 with two stolen bases. They have committed no errors during the postseason in 56 chances.

The Giants have all-pro Buster Posey behind the plate. He led all Giants hitters during the regular season in batting average, home runs, on base percentage and RBI. However in the postseason, he is not hitting much for power. He has 13 hits in 10 games and all of them are singles. Posey must be able to throw out runners as the Royals are going to surely test him with all their speed. Posey threw out 29.8 percent of attempted stolen bases.

The Royals have two-time all-star Salvador Perez behind the plate. After hitting 17 home runs during the regular season, good for second behind Gordon, he is hitting only .118 during the postseason. That is four hits in 34 at-bats, all of them being singles. Perez has thrown out 30.5 percent of attempted base stealers.

Madison Bumgarner has been the clear ace out of the group. He has an ERA of 1.42 during the postseason. He threw a complete game shutout during his first game against the Pirates. Although he is only 25, he has plenty of postseason experience. He pitched in three postseason with a combined record of 5-3 with a 2.67 ERA. He is also excellent at holding runners as he has only seven bases stolen against him during the regular season in 217.1 innings.

The probably No.2 pitcher is veteran Jake Peavy. Before this season, he had an 0-3 record with an ERA over 9.00. This postseason, in two games pitched he has an ERA of 1.86.

The probably No.3 pitcher is another veteran in 39-year-old Tim Hudson. He brings in plenty of postseason experience, as this is his seventh time pitching in the big stage. In two games pitched, he has an ERA of 3.29 with 13 strikeouts and no walks.

The probably No.4 pitcher is 37-year-old Ryan Vogelsong. After having a marvelous postseason in 2012 with the Giants, he has an ERA of over five in two games pitched. However, Vogelsong might not pitch much as manager Bruce Bochy can opt to go to Bumgarner, putting him out there in short rest.

The Royals’ James Shields is the ace out of the the group but has looked very human. “Big Game” James has an ERA of 5.63 during the postseason in three games. No.2, No.3 and No.4 are also questionable with Yordano Ventura, Jason Vargas and Jeremy Guthrie.

The hard throwing rookie Ventura left early during the game with shoulder tightness against the Orioles. He also gave up a home run during the Oakland A’s but the Royals did manage to win that game.

Veterans Vargas and Guthrie are also very hittable pitchers. In short, the Giants must get their runs against these starters before they have to bat against the dominant relief pitchers.

The trio of Santiago Casilla, Sergio Romo and Jeremy Affeldt have only allowed one run in over 17.2 innings in the postseason. Casilla has four saves in four opportunities after saving 19 games in the regular season.

Ex-Royals Affeldt seemed to find his niche as a seventh inning/eighth inning pitcher. Romo, who started the season as the closer, was demoted to relief pitching and he has been thriving in that role. However, these three players are not “dominant” and the Giants are going to have to stretch their starters.

For the Royals, the combination of Wade Davis, Kevin Herrera and Greg Holland have been lethal. Holland has given up just one run in eight innings. He saved six games in six save opportunities.

Herrera and Davis in the seventh and eighth innings have been dominant as well. In 15 combined innings, they only gave up two runs and struck out 20 batters. In short, the Giants do not want to face these pitchers while they are down in the game. If the Royals are leading by the seventh or eighth inning, it’s literally game over.

The Royals have not lost yet during the postseason. Regardless of who they play against, it’s hard to stay undefeated in the major leagues. The Royals’ offensive approach of small-ball is going to be key as they try to run all over the Giants.

Series pick: Royals in 7
The Royals are the hot team and should figure out a way to continue their winning ways even at the highest stage.