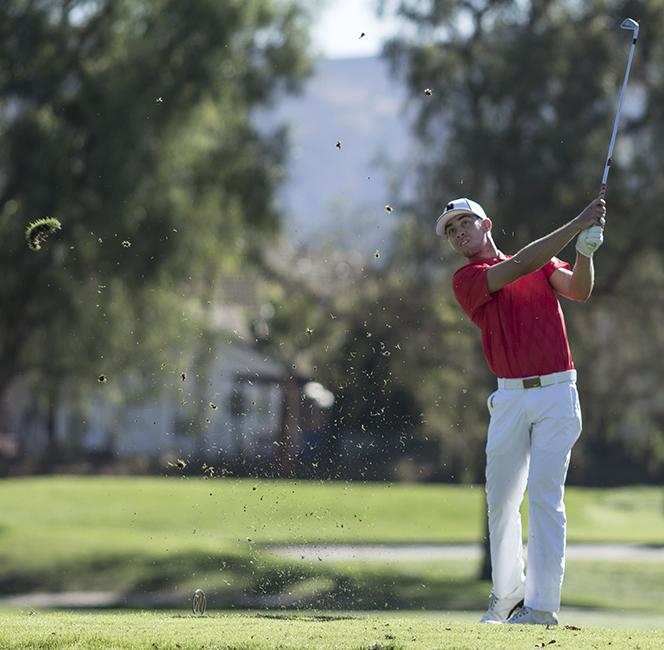 Playing at their home course, the Matadors could not jump in the standings through three rounds as the team collectively finished 12 over par at the Bill Cullum Invitational at the Wood Ranch Golf Course in Simi Valley Tuesday.

CSUN progressively got better through each round, jumping from 18 holes over par in round one, to 14 in round two and 12 over in round three to jump two spots on Tuesday for a final stroke total of 877.

However, the total was nowhere near the torrid pace of the No. 21 USC Trojans, who finished with a three-round total of 833 strokes. The Trojans were led by Rico Hoey and Joey Teixeira, who completed the tournament 11 and 12 strokes under, respectively.

Freshman Joey Varnam and junior Tim Snyder, playing in their first tournaments at the Matador home green, were CSUN’s best performers as they finished tied for 35th, finishing with three round scores of 75-73-71-219 and 72-76-71-219, respectively.

“Joey’s been a great addition,” head coach Jim Bracken said. “He’s a freshman so he still makes a few mistakes in some of the tournaments, that’s why his scoring average is a little higher. He’s had some bad finishes, but he’s had at least one good round every tournament, he just needs to build on that and be more consistent.”

Snyder, a junior transfer from Ventura College, lowered his team-leading stroke average per round down to 74.

“He’s getting better,” head coach Bracken said. “He’s going to be a good addition to the team.”

Snyder bounced back in the third round after finishing with a double and triple bogey in the last four holes of the second round, and two bogeys to start round three. Bracken noted how Snyder was able to shake off any bad vibes that carried over from Monday afternoon.

“Tim’s pretty serious, sometimes a little too serious,” Bracken said. “He carried it over with him, that’s when he bogeyed the first two holes starting off, he’s still thinking about making a triple. In golf you can’t live in the past.”

Steven Molumby salvaged his overall stroke total of 222 with a 74 on Tuesday after striking a 71 in round one, but a 77 in round two. After finishing tied for 69th at the Southwestern Intercollegiate tournament in Westlake Village on Sept. 9, Molumby has finished in the top 35 in three straight tournaments.

Despite improvements among individual players, the team finished in the bottom half of the team standings for the fourth time in four tournaments this season. Bracken expressed his disappointment, and said the team is better than they’ve played this season.

“In golf you have to have four scores,” Bracken said. “In a lot of rounds we’re getting good three scores and not a good four score, so we just got get a little stronger in the depth and be more consistent.”

The Matadors will play next in Hawai’i at the Ka’anapali Collegiate Classic on Nov. 7.