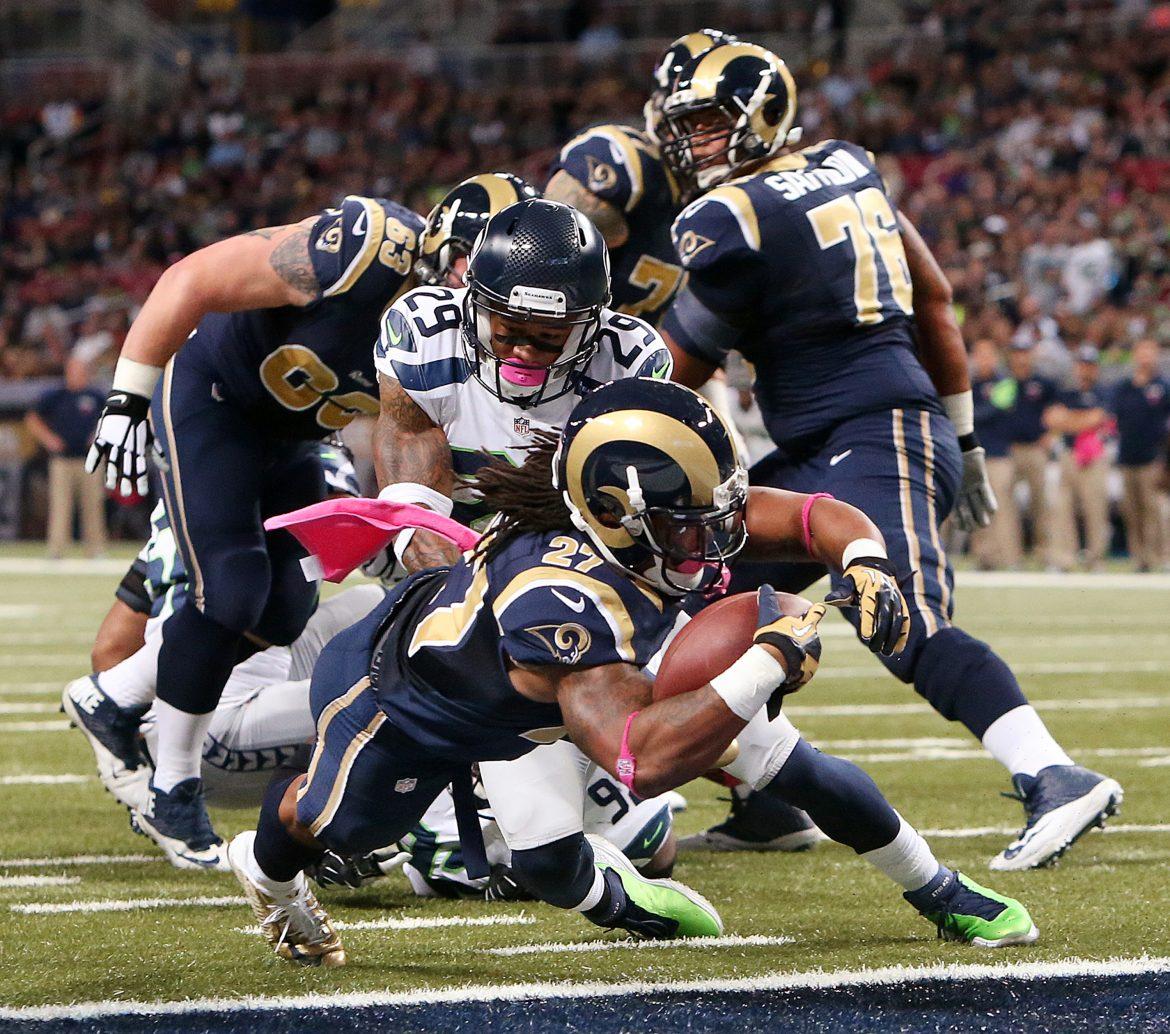 St. Louis Rams running back Tre Mason dives into the endzone past Seattle Seahawks free safety Earl Thomas (29) as he scores on a six-yard touchdown run during the first quarter on Sunday, Oct. 19, 2014, at Edward Jones Dome in St. Louis. (Courtesy of MCT)

The San Diego Chargers will play against the Denver Broncos on Thursday Night Football. That means it’s the start of Fantasy Football. Here is a quick list of additions to give your team an edge over your opponent.

Mason ran away with starting duties last week against the Seahawks. He had a touchdown and 85 yards on 18 carries which makes him a solid running back two.

Percy Harvin is gone, eventually this team will hand the reins over to Wilson, making his favorite wide receiver target Baldwin a must add.  His recent contract extension shows you the team wants success in their newly signed wide receiver.

Shoe Lace Robinson got 22 carries last week in an impressive win over a stingy Browns defense he may also be used as a wide receiver and running back in some formats.  Too much value not to take an add on

Three games, three touchdowns. No Victor Cruz means you can pick up the rookie with confidence

The veteran has been a question after limping off the field in sunday’s win. However, the Ravens like to rest their veteran players and Daniels should be a solid tight end addition.

Traded for in the offseason, has had great games backing up McCoy in the past.  No Spiller, No Jackson, talent wins and Brown has all the necessary talent to be a possible running back two and flex

Here’s the information you need to make sure you make week 8 in fantasy a win for your team and follow us @matadorfantasy and @sundailsports57 for all your CSUN sports news.  Check out our podcast every Saturday morning for all your Fantasy Football needs.