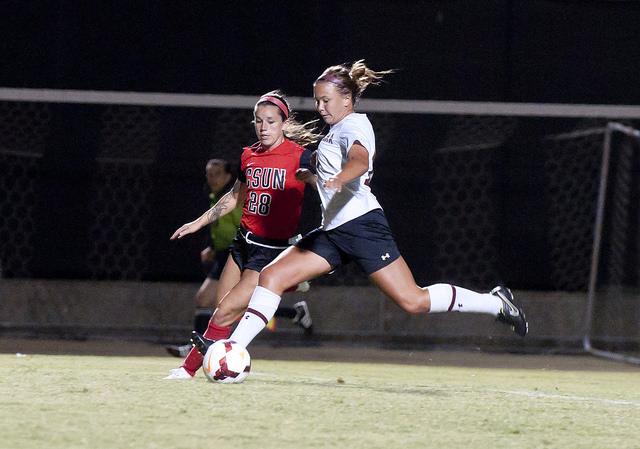 49ers freshman forward Ashley Gonzalez put up the match’s only goal in the 33rd minute to post a 1-0 victory over CSUN and advance LBSU to the top of the Big West with 14 points.

The early goal saw Gonzalez capitalize off a misclear by the Matador defense inside their own box. The resulting scramble allowed Gonzalez to punch the ball past CSUN goalie Jovani McCaskill. McCaskill ended the match with 3 saves in defeat.

Overall the match saw 17 combined shots from both squads with Long Beach holding a slight advantage over the Matadors at 9-8.

While the Matadors saw opportunities from headers by junior midfielder Taylor Hobson and sophomore defender Nicole Thompson, 49er goalie sophomore Ashton McKeown posted a clean sheet with two saves to round out the night.

CSUN looks to bounce back from these two losses with another away bout against UC Irvine this Sunday Oct. 26 kicking off at 1 p.m.