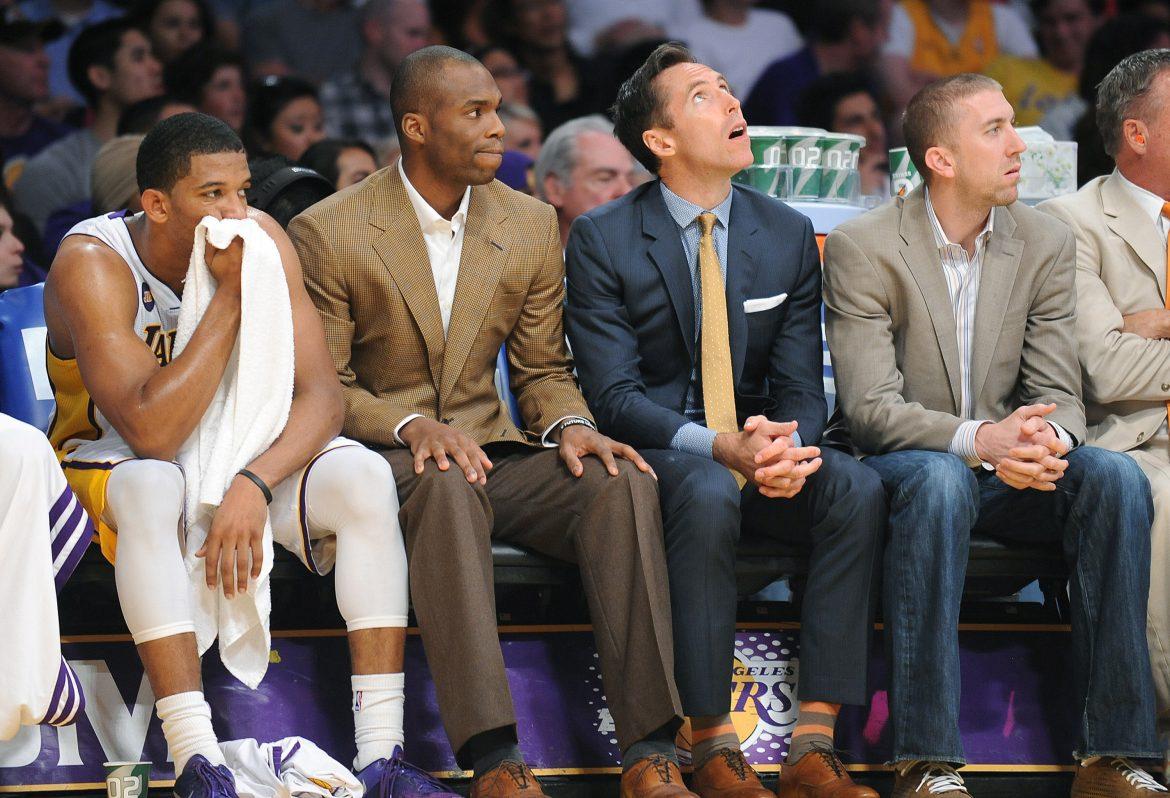 The Lakers’ season continues to be on a downward spiral.

Steve Nash is out for the season due to nerve damage in his back.

After an off-season mediocre at best, the Lakers organization gets another blow.

And now Nash is gone.

Over the three years of his $27.90 million contract, he will have played just 65 games out of a possible 246 games. That is a 26 percent. In other words, the Lakers got absolutely nothing from Nash.

Since he averaged about 30 minutes per game, he made about $13,000 each minute he was on the court.

However, Howard signed with the Houston Rockets last year, Gasol decided to take his talents to Chicago this season, Nash broke down and Kobe is trying to come back from a major injury.

No one knew that Nash was going to break down this badly.

He was coming off of three straight double-double seasons averaging double figures in both points and assists.

In 8 seasons with the Phoenix Suns, he had 7 double-double seasons and in the other season he averaged 15.7 points and 9.7 assists.

His contract is over after this year and no team is going to risk giving money to a broken down player who has been a shell of himself after a couple of MVP seasons about 10 years ago.

I think Nash knows that this is the end to his hall of fame career. He recently quoted to ESPN that “I work very hard to stay healthy, and unfortunately my recent setback makes performing at full capacity difficult. I will continue to support my team during this period of rest and will focus on my long-term health.”

Now all Nash can do is be an “assistant” coach and mentor the two young point guards in Jeremy Lin and Jordan Clarkson.