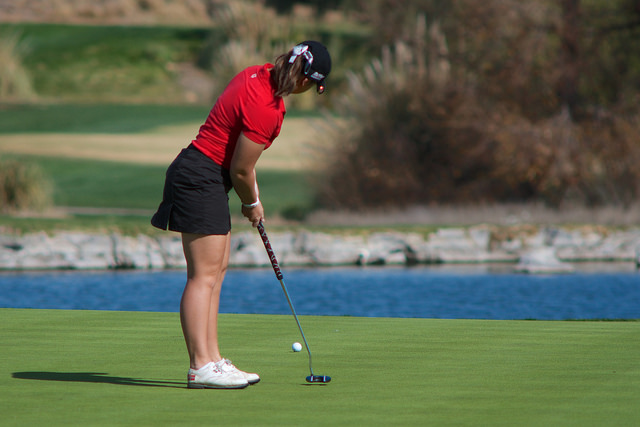 The Matadors dropped from second place to fourth place in the standings, but sophomore Rebecca Bostrom won her first individual tournament at the Firestone Grill Cal Poly Invitational Sunday at Cypress Ridge G.C.

Still, Bostrom’s individual win was the first from a CSUN golfer this season and the first since Clariss Guce won the Fresno State Classic last March tournament, according to Go Matadors. The win is the first of Bostrom’s collegiate career in only her second tournament.

Bostrom’s 72 score gave her the lead on Saturday, and Sunday she finished with another one under par score of 72. She golfed a 144 and two-under par for the entire tournament, giving her a two stroke advantage over Northern Arizona’s Jacquie LeMarr.

The Women’s Golf team does not resume action Feb. 9 in the Matador Invitational.