Explore the origins of the world’s most famous mythical creature, Dracula 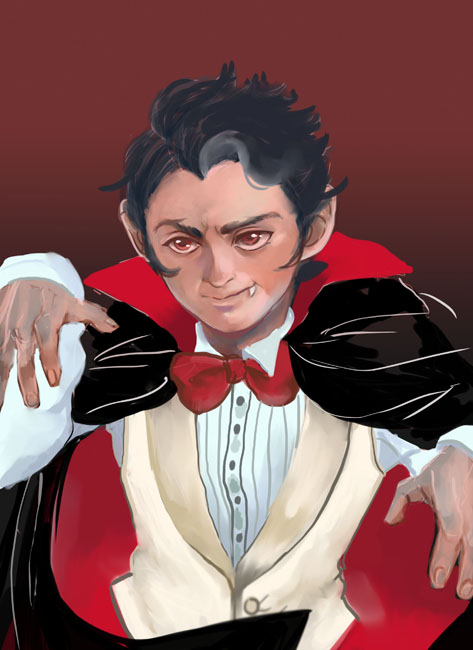 Finally, we have arrived upon the season of Autumn and with it comes the annual celebration of Halloween. There are numerous objects and symbols that have become synonymous with October 31st.

As Dracula Untold continues to play in theaters, it brings with it yet another vague interpretation of the iconic vampire. It’s time we return to Transylvania and revisit the birth of this pop-culture icon, Count Dracula, whose origin is often questioned.

Vampiric entities have been present in the folklore of several cultures and civilizations for hundreds of years by other names. The actual term “vampire” was not used in Europe until the 18th century when people started accusing one another of vampirism.

But the modern image we have of the vampire today, the suave blood-obsessed killer, wasn’t a known interpretation until Bram Stoker released his classic novel “Dracula” in 1897.

Though Dracula did perish in the end of the novel he succeeded in leaving a lasting impression on our collective psyche and culture. But what, or who, inspired Bram Stoker’s legendary antagonist?

Besides drawing from vampiric lore and folk tales, Dracula’s name and aspects of his personality came from one man, Vlad Tepes. Known to many by the name given to him posthumously, Vlad the Impaler, was a three-time Voivode (leader) of Wallachia (present day Romania) who garnered a reputation for the excessive cruelty he showed his enemies.

The main force he fought against was the Ottoman empire, who he successfully fended off his kingdom. There are accounts of soldiers encountering his “forests,” which were rows and rows of his enemies impaled on enormous wooden stakes.

The estimated number of deaths he is responsible for range from 40,000 to 100,000. Besides his reputed savagery, the biggest inspiration for the character was his romanian family name, which was Dracula.

He is the son of Vlad II Dracul from the House of Draculesti and his name, Vlad III Dracula, means “Son of Dracul”. While the character of Count Dracula has flashes of savagery he is more debonair than Vlad was and most likely the biggest similarity the two have is their name.

Bram Stoker’s novel served as a springboard for the character, launching him into film, television, comics, video games and other works of literature. Yet, his first recognized appearance on the silver screen wasn’t even a licensed Dracula film.

The German film “Nosferatu: A Symphony of Horror,” was an unauthorized adaptation of Stoker’s novel, and did not have the rights to use the word “vampire” or “Count Dracula”. Instead they changed those words to “Nosferatu” and “Count Orlok” respectively.

While the makers of the film were sued by Stoker’s family and all but one copy of the film was obliterated, it is now considered a masterpiece.

In 1931, Actor Bela Lugosi was one of the first to portray the character, utilizing the name Dracula, in the film “Dracula.”

Though Dracula started as a vicious, manipulative antagonist, the character has evolved for all ages throughout his 117 years in existence.

Dracula is a name synonymous with fear, terror and manipulation. All these factors are what make him such an interesting character and have cemented him a place among the great mysteriously scary tales of our time.