5 classic horror films that will fright your night 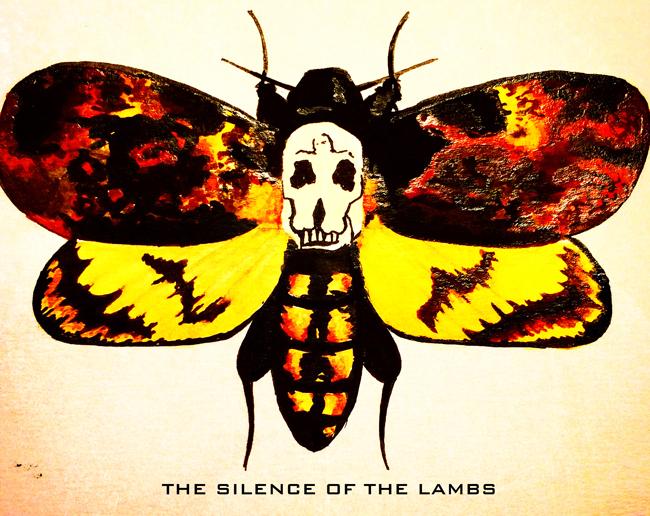 There is something that is just so fun about being afraid, and if there’s anything that gives people nightmares on Halloween, it’s watching scary movies. Whether it’s with family, friends or significant others, watching horror films is what makes the trick-or-treating season! So grab some popcorn, blankets and pumpkin spice lattes because here is the top five classic horror flicks to add to your Netflix watch list.

The film follows the story of Jack Torrance, his wife Wendy and their son Danny during their stay at the mysterious Overlook Hotel. As the family gets settled, weird things start to happen. Danny has terrifying visions of an elevator filled with blood and starts to refer to himself as “Tony,” while Jack becomes increasingly violent and erratic in his behavior. As the story of the hotel’s past begins to unfold, the family gets caught up in a deadly game of cat and mouse. Trapped inside the hotel, Wendy and Danny find themselves having to escape a homicidal Jack who is bent on murdering them, or become the next victims of the hotel’s sinister agenda.

“The Shining” has always been a favorite throwback for horror critics. Surreal and dark, it plays with your mind in a way only Stanley Kubrick can direct.

WATCH IT: If you enjoy dramatic psychological thrillers with a penchant for murderous husbands-turned-killers and haunted hotels.

SKIP IT: If you hate Kubrick films, or if the idea of creepy ghost children makes it hard for you to fall asleep.

Dr. Malcolm Crowe is a child psychologist from Philadelphia. One night after returning home from work, he is shot by one of his former patients, Vincent, whom he had treated as delusional. After surviving the incident, a year later Crowe starts working with Cole Sear, a 9-year-old patient with similar conditions as Vincent, however,  Cole reveals to him that he can see dead people. While skeptical at first, Malcolm eventually believes him and convinces him to use his ability to help the ghosts that he sees. While working together, Cole helps Malcolm get over his guilt from his case with Vincent and also mend his relationship with his wife in a shocking twist.

Don’t be fooled by Haley Joel Osment’s innocent face. The suspense in the film is enough to make you grab a blanket and hide behind it while watching. Creepy, yet endearing, it’s a ghost story with heart.

WATCH IT: If you miss M. Night Shyamalan’s golden years.

SKIP IT: If the idea of Bruce Willis being in anything other than an action film offends you.

A crew stumbles upon an alien spaceship and finds the carcass of a large creature and an egg chamber. One egg releases a creature that attaches itself to a crewmember’s face, and later releases itself. After discovery of the egg, the crew decides to take it along with them on their journey toward Earth. Before returning to stasis, the infected crewmember suddenly collapses and dies after an alien creature emerges from his chest. As the crew tries to capture it, the alien grows rapidly, ultimately becoming a threat to the crews’ lives. The hunters eventually become the hunted, and as they’re picked off one by one, it’s hard to imagine that anyone will survive.

Alien Is an innovative sci-fi thriller that aims to scare. It’s claustrophobic, suspenseful, and intense, and the alien itself is a terrifying monstrosity. With gangly limbs, a large, elongated head, and two mouths, it’s an image that will be sure to linger.

WATCH IT: If you want to be kept on your toes throughout a whole movie.

SKIP IT: If you get anxiety from watching people move around in narrow spaces.

The film opens with Marion Crane, a worker at a realtor’s office who steals $40,000 from her employer and leaves town. She finds refuge at the Bates Motel, owned by the seemingly charming Norman Bates. While taking a shower, a shadowy figure enters the bathroom and stabs her to death, possibly the most iconic scene in a Hollywood horror film. Meanwhile, Detective Arbogast, who is also investigating the whereabouts of Norman’s mother, goes to the Bates Motel to investigate and speaks with Norman, who mentions Marion. Marion’s sister Lila and her boyfriend Sam find out from the sheriff that Norman’s mother died 10 years ago, which prompts them to go to the motel and find out what happened for themselves, but what they discover is not what they expect.

The film’s eeriness comes from Norman’s seemingly perfect boy-next-door demeanor. Yet, he has an unsettling attachment to his mother. If there’s one thing for sure in this movie, it’s that he definitely brings a new meaning to the term “mama’s boy.”

WATCH IT: If you’re a sucker for classic, old-timey black-and-white films.

SKIP IT: If a man with mother issues is one of your biggest turn-offs.

Set in Haddonfield, Ill., the story revolves around Michael Myers, who stabbed his sister to death with a kitchen knife at the age of six. He was sent to an insane asylum from which he escapes 15 years later. He then returns to his hometown, wearing a blue jumpsuit and a white mask, and begins stalking Laurie Strode, a high school student. While Laurie is babysitting, Michael goes on a killing spree and starts murdering her friends one by one. In the end, Laurie has to find a way to survive against Michael, or end up with the same fate.

Of all the slasher films ever created, Halloween has to be the most classic. It’s the novelty American boogeyman story. No one knows what he looks like beneath the mask, only that he’s an insane murderer who shows up out of nowhere to terrorize people. The fact that he doesn’t say a word throughout the whole movie doesn’t help either.

WATCH IT: If you like a campy, teenage horror story that still provides all the chills and thrills of a big blockbuster horror flick.

SKIP IT: If you roll your eyes every time two teenagers start to get it on in a horror movie (because you know what’s going to happen next).
HONORABLE MENTIONS: The Blair Witch Project, The Exorcist, The Silence of the Lambs, A Nightmare on Elm Street, It, The Omen, The Amityville Horror, 28 Days Later.