The Cognitive Science of Religion: A new approach to the study of religion 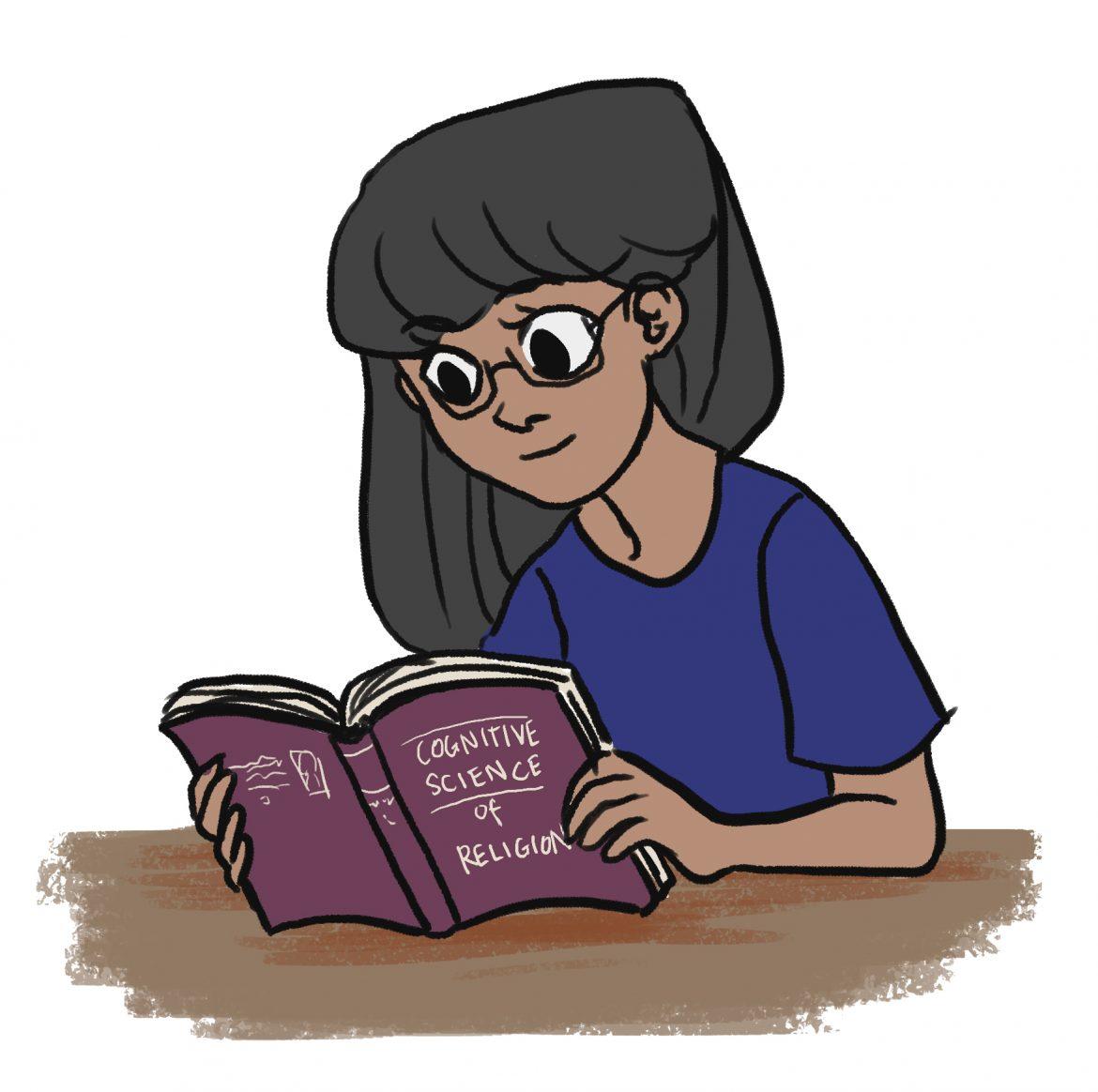 A new approach to the study of religion is using cognitive science to try reach a new understanding of religious behavior and thought.

Cognitive science of religion is a 20-year-old field that uses methods from disciplines such as anthropology, philosophy and psychology to understand how our minds acquire and transmit religion. The first undergraduate course in North America dedicated to this study is being taught in CSUN’s department of Religious Studies.

“The actual area of research started in the 1990’s when a group of scholars…got together and were disgruntled with a few things within the study of religion,” said Claire White, assistant professor at CSUN who teaches the new course titled: Cognitive Approaches to the Study of Religion.

“Rather than studying Hinduism, Buddhism or Christianity they said ‘well can’t we just understand what’s common about religions cross-culturally?’” White said. “Across the world, there must be something that’s the same. And, how can we explain that similarity?”

To explain the similarities among religions, researchers in cognitive science of religion take an interdisciplinary approach to examining religion, which means they use theories and research methods from a range of fields to evaluate religions.

What this interdisciplinary approach allows them to do is not only analyze religion from say a cultural perspective like an anthropologist would but also from a physiological or philosophical perspective. And, by using theories and methods from a variety of disciplines they can comprehensively examine a particular religion or a religious practice to find components in it that are common among all religions.

“What will happen is an anthropologist and some other people of different disciplines studying religion will notice that there are some similar features in different religions across ethnic backgrounds or different countries and times,” Robert Kelly, graduate student at Buffalo University and CSUN alumnus who studied under White, said. “So then they will say ‘maybe there is something about cognition that allows religion to be expressed in the way that it is and there are similarities’ and so they all will try to explain it.”

By using an interdisciplinary approach to studying religion, researchers in the field get a holistic understanding of the cognitive process behind religion. And, ultimately the cognitive aspect of this study is the focus because it allows researchers to understand how and why religion develops in the mind.

“They think that there is something about the mind that constrains and facilitates the way religion is expressed,” Kelly said.

Essentially, what researchers like White have realized is that religion develops similarly to speech or language.

“In a sense, we argue religion is natural, and that word is very eluded but it means just like we would say language is natural or seeing is natural or communicating is natural,” White said. “It’s part on parcel of human cognition; it’s almost inevitable that these little things that we call religion [develop]. So when you break them down… these common themes are inevitable if you bring two people together.”

She says that the professors in CSUN’s department of Religious Studies have been very receptive to her, and her study and explains it is exceptional because one: she is actually a psychologist and says having a psychologist in a religious studies department is really new and normally just flat-out doesn’t happen and two: there are misunderstandings that some people hold about the cognitive science of religion.

White’s course has attracted students from a variety of majors some of whom go on to join her student research group.

“Because a lot of this is fairly new that’s sort of a blessing and a curse because it means that there is no text book but it also means that she is supplying us with all this documentation left and right that is only two or three years old,” said Collin Newton, a religious Religious Studies minor. “And for me at least that is very interesting because you get to see this thing as its developing and its unfolding. Being a part of this as its being created is very interesting.”