Undocumented students’ dreams and voices need to be heard 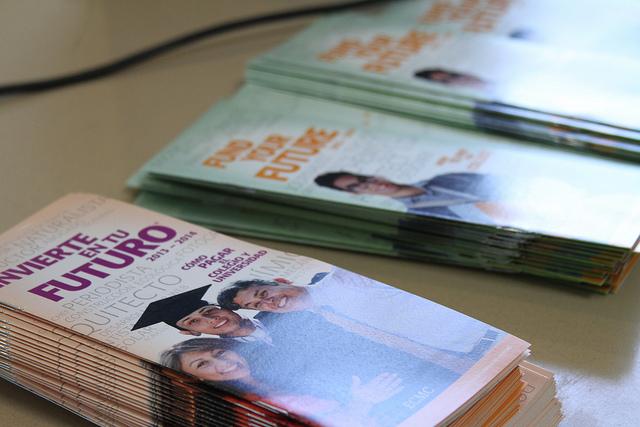 For many students, attending college can be a huge struggle, and I don’t mean the average challenges that come with writing papers, taking exams, getting classes and paying tuition. I am referring to the issues that undocumented students go through on a daily basis. They are often marginalized, excluded, denied resources, left to figure it out on their own and forgotten.

I’m not saying average Americans aren’t marginalized, excluded and denied resources as well, but they don’t think about the undocumented person. It’s not malicious to not consider the issues that undocumented students go through. It’s just those of us with citizenship have the privilege of being “documented.” We do not necessarily think about privilege because it’s just the norm of our daily lives.

The same study shows that 65,000 undocumented students were graduating high school every year, but only between 7,000 to 13,000 students were enrolling in college. Unfortunately, the reason behind the low number is because students aren’t encouraged and aren’t given the same opportunities to pursue their postsecondary education.

It’s time for these students to be given the resources they need and deserve.

CSUN’s DREAM Project is in the process of opening up the DREAMer’s Center to create a safe place for undocumented students to receive more benefits.

Tracy Buenavista is an associate professor in Asian American studies who works with undocumented students as a mentor and coordinator in charge of creating the new center for the Dream Project.

CSUN has one of the largest populations of undocumented students within the CSU system, Buenavista said.

The DREAMers Center will finally try to combat the problem of marginalization by welcoming more students and helping them through their college process. These students need to be heard and assisted.

The DREAMers Center would help in “creating a safe space for them [undocumented students] to feel comfortable and welcomed here at CSUN,” said Angel Silva, 22, a junior studying journalism. The DREAMers Center will be one of the first resource centers in the CSU system to open.

Although it’s great that it is finally opening, it has been a slow process. Undocumented students have had this need for resources for a long time and very rarely have CSUN or other campuses done much in terms of assistance. This needs to change because it is a shame to leave any group out.

“It’s hard to be excited when the administration isn’t really doing much to help us,” said Daniela Barcenas, 22, a senior double majoring in political science and Chicana/o studies. “We talked about having a coordinator and having the resource center opened by October.”

We’re already in November and nothing has been done. The administration needs to address the situation and deliver on their promise to the group of students.

“We’ve had some of our allies communicate with the administrators and they haven’t responded. They made us promises,” Barcenas added. “We should have the resource center open by now.”

The reasoning behind the lack of help comes from a lack of understanding. It could just be that many people simply don’t know what these students need and how to help them.

“I would say higher education in general is slow to move and it’s because they’re serving so many different constituents,” Buenavista said. “They have a misunderstanding that undocumented immigrants don’t contribute anything, so there’s misconceptions that have prevented resources from happening faster. I believe CSUN has been slow to offer resources because there are simply not enough people who are familiar with the research and experiences of undocumented students.”

Undocumented students need guidance and equal opportunities because they don’t have the same accessibility to information about crucial aspects of college such as financial aid, scholarships and internships.

“A lot of students are misinformed, they don’t even know that they can get financial aid,” Barcenas said. “They don’t know about the California Dream Act,” Barcenas said. “This resource center would actually be the base where people can get information and we can help them get benefits and also know where to apply for jobs or know about scholarships and internships.”

The government is finally realizing that these young people have aspirations and can positively contribute to society.

“What’s happened in the last decade is that it’s become okay to talk about undocumented students,” Buenavista said.

However, there are students who are left out of the progress.

“There’s a lot of students here on campus that don’t benefit from anything, not the Deferred Action for Childhood Arrivals (DACA), not California Dream Act or AB 540, so they actually have to pay international fees to attend here so those students who are truly undocumented…need our help the most,” Barcenas said.

In the future, I hope that students can receive better opportunities.

There should be a progressive immigration reform on a national level to respect and take into consideration the millions of people who came to the “Land of the Free” for opportunities and a better life.

“I would like to see some sort of immigration reform proposal that would take into consideration the fact that a lot of these individuals, a lot of these students and their families are… here to work and to study,” Silva said.

Young individuals need to start being more aware and educated about policies that affect so many people in the country.

“Having a center like this opens up the eyes of individuals affected by this issue to be more active in the political process,” Silva said.

Whether or not you are undocumented, I encourage you to attend the Dreams to be Heard club meetings for more information and to learn about the real issues that affect people like you. The fight for social justice begins with education. Even if you think that the issues of undocumented students do not affect you, look more closely. Undocumented students, especially in California could be your friends and perhaps even your family.

Your cohorts could eventually become your co-workers in the future, working on projects to better this society. In a society that moves at such a fast pace, let’s not leave behind and forget our brothers and sisters.