Marvel universe comes to life with announcement of next nine films 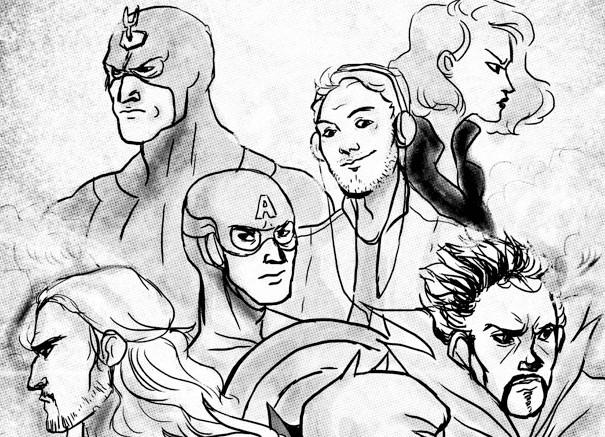 Warner Bros. just can’t seem to catch a break. Earlier in October, they announced 10 DC films which got the internet talking. These films included not only the upcoming “Batman vs. Superman” movie, but also stand-alone films for Wonder Woman, Aquaman and an ensemble Justice League movie.

When everyone had time to take a breather, Marvel burst out of the gates and announced their next nine films at a media event at the El Capitan in Hollywood on Oct. 28.

This announcement continues to prove why Marvel will win against DC in the hearts of audiences and fans.

Both studios have films of established characters fighting one another, both have films with an African-American lead (“Cyborg,” “Black Panther”), both have films with a female lead (“Wonder Woman,” “Captain Marvel”), and both have ensemble movies with a large superhero cast. In the case of Batman vs. Superman versus Captain America vs. Iron Man, Marvel has the advantage.

Captain America and Iron Man are established characters with terrific actors. Both have had their own films and they’ve shared the screen before. However, it will be interesting to see how the “Civil War” plotline plays out.

In the comics, the Superhuman Registration Act divides the heroes of the Marvel Universe. The act requires superheroes to register with U.S. government. Those against it, like Captain America, say it tramples on their civil liberties. Those for it, like Iron Man, say it is necessary to have some government intervention. Then there are those caught in the middle, like Spider-Man.

While it’s possible that Black Panther could fill this role, there are rumors that Marvel and Sony are negotiating the film rights to Spider-Man. If Marvel Studios pulls this off, it could not only mean we’ll get to see Spidey in “Civil War” but possibly even join the Avengers when “Infinity War” comes to the big screen in 2018.

The other issue that needs to be reconciled in the upcoming “Civil War,” is Iron Man siding with the government when Tony Stark pretty much told off Congress in “Iron Man 2.” While there is a slight difference, the U.S. government wanted the technology that created his Iron Man suit and not for him to register with them.

Perhaps the events of “Avengers: Age of Ultron” make Tony feel some sort of government intervention is required. But then, keeping in mind the events of “Captain America: The Winter Soldier,” are all the HYDRA agents within S.H.I.E.L.D. and the government captured? Or is there someone, perhaps an executive turned congresswoman, that Tony trusts and urges him to register. I’m looking at you Pepper Potts.

There is some speculation as to how this will shape the Marvel Cinematic Universe since, unlike the comics, there are only about five heroes that this would apply to.

Again, I think we’ll see how this begins in the Avengers sequel. Maybe the registration act goes a step farther and requires superheroes to lay down their weapons. Think “The Incredibles,” but darker.

While “Civil War” is sure to shake things up in the Marvel Cinematic Universe, “Black Panther” and “Doctor Strange” will be the true game changers.

While “Black Panther” won’t be the first African-American comic book character to be given his own film, Blade was originally a Marvel Comics character. He will be the first to be given his own movie (sorry Falcon). Black Panther is the chief of an African nation and wields a suit made out of vibranium, which is the same material as Captain America’s shield. He will also be featured prominently in “Civil War.”

“Doctor Strange” will be the first Marvel film to delve into the world of magic. Doctor Steven Strange, a neurosurgeon who shatters his hands after an accident, searches for ways to get the use of his hands back and eventually apprentices to ancient mystic.

The rest of Marvel’s films are sure to be hits with “Guardians of the Galaxy” sequel in 2017 and a two-part Avengers threequel in 2018 and 2019. DC better be on their A game.
I’m not saying “Batman v. Superman: Dawn of Justice” won’t be a blockbuster. It will probably come close to Marvel’s $174 million opening weekend, but it will not break what “The Avengers” pulled in at the box office. Sure Batman and Superman are household names, but Marvel has spent billions over the years to make sure audiences know Iron Man, Hulk, Captain America and Thor just as well. Whatever your feelings on the Marvel vs. DC side, these next five years will make it a great time to be geek.