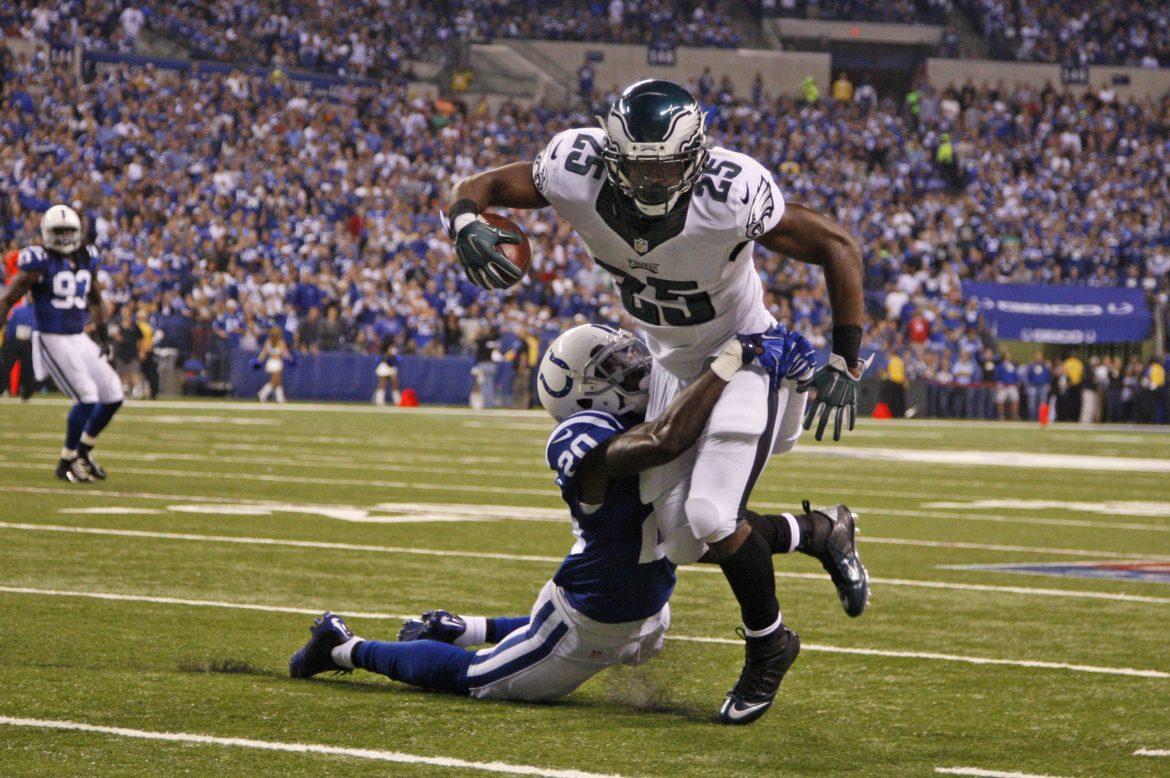 Is Lesean McCoy back? Photo courtesy of Tribune News Services.

Hello Matadors, it’s been a great year of fantasy football and we are now officially in the second half of the season. Time to take a look back at who really shined and who left much to be desired. Welcome to the Matador Fantasy Mid-Term Awards.

What else can be said about the new king of fantasy football. He leads the league in touchdowns and yards this season. He’d be starring in the Avengers sequel as Captain America, but he’s too busy scoring points for your team.

The veteran running back has already eclipsed his injury plagued last season, with 822 yards and 7 touchdowns so far. The best part about foster is that he’s like a swiss army knife, as he is always there when you need him and he can always assist. Foster catches, he runs, and he blocks. He’s my No. 1 running back going forward in Fantasy.

The former Notre Dame running back turned wide receiver is finally getting his chance at a “Golden Opportunity.”. Never being in a pass friendly offense has held this talented player back on the stat sheet. However, this season with Matt Stafford and the Lions he’s one game away from having more yards and touchdowns than last season combined. A great draft value with an average 8-11 round pick in fantasy, Golden Tate is my First Half Breakout Player of the season.

When I judge fantasy receivers, I look at the guy throwing to him. Cam Newton has all the physical talent in the world and has the arm to take the top off of a defense. Benjamin has been a happy addition with the hands and speed to take the deep threat to the next level. These two former national champs appear to be in for years of great fantasy football memories for their owners.

“Why!” “Why did I draft that guy!” Well we each have one, and this years biggest fantasy bust so far… goes to Lesean Mccoy. Now this is because he was taken as the best player and No. 1 pick in the majority of fantasy drafts. He only has one rushing touchdown so far this season and his yard-per-carry average below four yards is killing his fantasy owners. Nick Foles going down with injury only puts more pressure on an injured offensive line in Philly. Unfortunately, this is the bad side of “Shady” Mccoy this year, so sell him now if you can.