The focus on Occupy Hong Kong 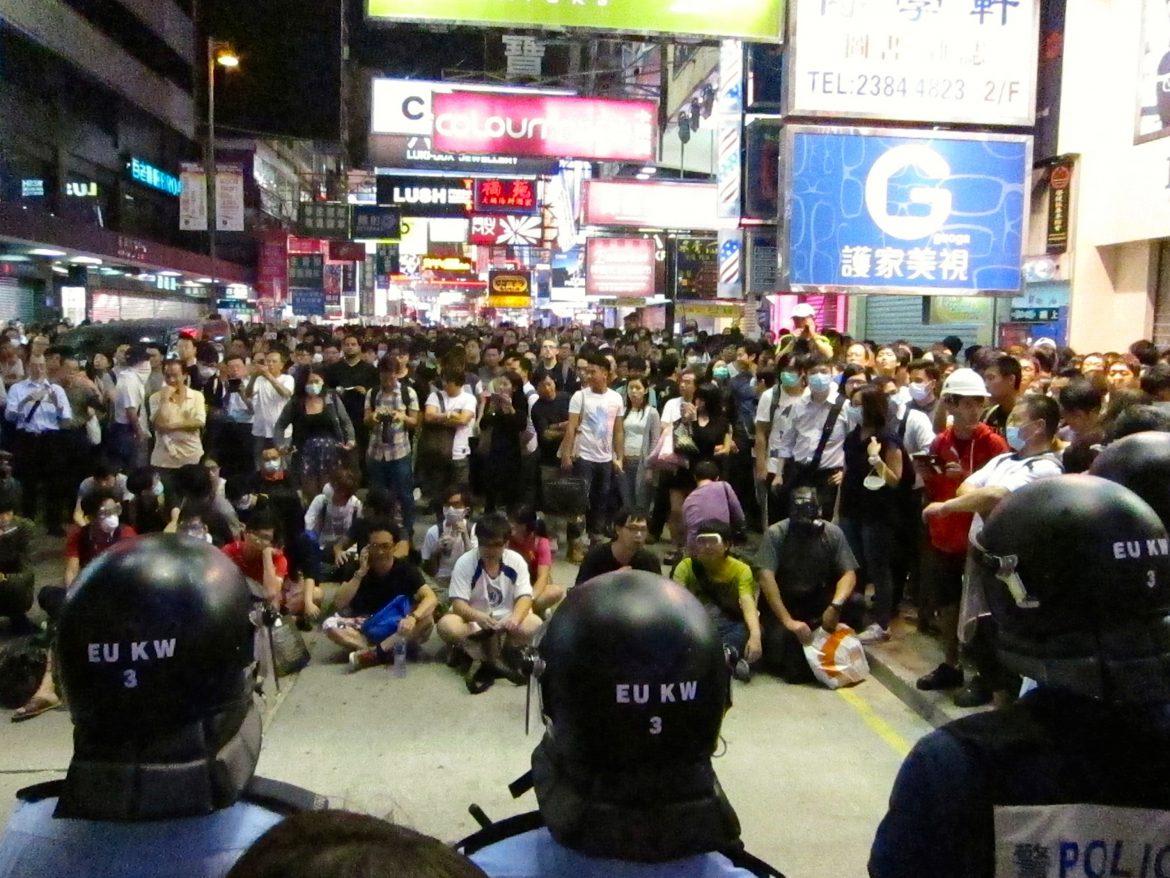 “Arise! All those who refuse to be slaves!” This comes from the first line of the People’s Republic of China’s National Anthem, “March of the Volunteers,” creating a sense of revolution among individuals.

This amended anthem follows the one that was changed in 1982 with the communist-focused agenda. The second line goes, “The Great Communist Party leads us in continuing the Long March.” This is emblematic of the current situation in Hong Kong and the reason why its students and residents are so angry. China’s leaders only depict freedom in poetic words and not through action.

About a month ago, students from the University of Hong Kong gathered in a peaceful campuswide protest to voice that any candidate for the 2017 election must be part of the pro-Beijing political group. This contradicts the promises made by the government to allow a completely democratic and sovereign election for Hong Kong in 2017.

If any hope of such peace is to be achieved, the Chinese government must be more diplomatic than they have in the past. The protesters must remain passive, for aggressive actions will give the Chinese government a reason to violently retaliate.Taking to the streets, the protesters were asking for the resignation of pro-Beijing Chief Executive of Hong Kong leader Leung Chun-ying, or C.Y. Leung, as he has come to be known.

However, no public appearance was made by Leung as protesters made the long march to his residence on that initial off campus protest. From then on, the protesters stepped up their efforts by taking to the streets and were met with a cloud of tear gas and a never ending stream of pepper spray.

“We all saw the tear gas. None of us expected they would use it. It’s beyond our imagination and toleration,” teenage students told the Guardian. Their patience waned and their frustration increased. Now, more than a month later, even Leung’s fellow politicians are entertaining and suggesting the idea he resigns.

As it is today, the streets of Hong Kong have been turned into a campsite, lined with hundreds of tents, which attract thousands of people at night. This has created a massive inconvenience for the lives of officials, corporations and day-to-day workers trying to use the streets.

Regardless, the fight for a sovereign state is the right of any country’s people, and these protestors did not hesitate on the chance to voice their opinion towards their government.

I think it is an important and substantial movement that the students’ fight against the People’s Republic of China for the right to elect their own leader. This is a small step toward what can be a bigger movement.

Mainland China does not interfere with the economics of Hong Kong because, through this venture, the whole of China has become profitable. However, I think the students fight for democracy has sparked a bigger idea in the imaginations of the protestors.

I have seen various Chinese news articles with headlines such as “over 1.8 million HK citizens sign against Occupy Central,” where about a quarter of the total population in Hong Kong has signed a petition against the protesters.

All the protesters are asking for is to be given what they were promised, which is the complete freedom to select their own leader. China seems scared  due to the idea of people resisting and challenging authority, or the chance that a campaign of pro-democracy might transfer across to the Chinese mainland.

The Chinese government would grant the democratic election of Hong Kong, and before they know it, Hong Kong will become a separate entity from the whole of China. Now of course, this is all speculation, but the path isn’t hard to see. The biggest implication of a free election is the effects this will have on the financial sector.

Hong Kong right now has C.Y. Leung in place, a pro-Beijing leader. Even though it is known that the People’s Republic doesn’t interfere with the economy of Hong Kong, the current executive leader bends to the interest of the whole. This means strict regulations on the media, and even more, the favorable governing toward the corporate aspect and not the peoples needs.

As a student, I have studied various figures in history and their steadfast commitment to the cause. These people have come before us and watching the students now, compels me to experience an empathetic state to what they might be experiencing and the frustration they feel.

“I feel uncomfortable and even irritated when I hear… praise,” Wong said. “The hero of the movement is every single Hong Kong citizen.”

An important aspect of all this is the people’s fear of their government, and if history is any indication, there is a growing fear that things will turn violent if they are not resolved quickly. It is too early to say whether or not this mass protest will spark the same response that it did in the past, such as in Tiananmen Square in 1989.

Regardless, people are looking, but are not hopeful, to future talks as a way to assess the government’s position of the protesters’ demands and perhaps come to some common ground but, particularly during next spring, during the presentation from the government detailing a bill asking for political reform.