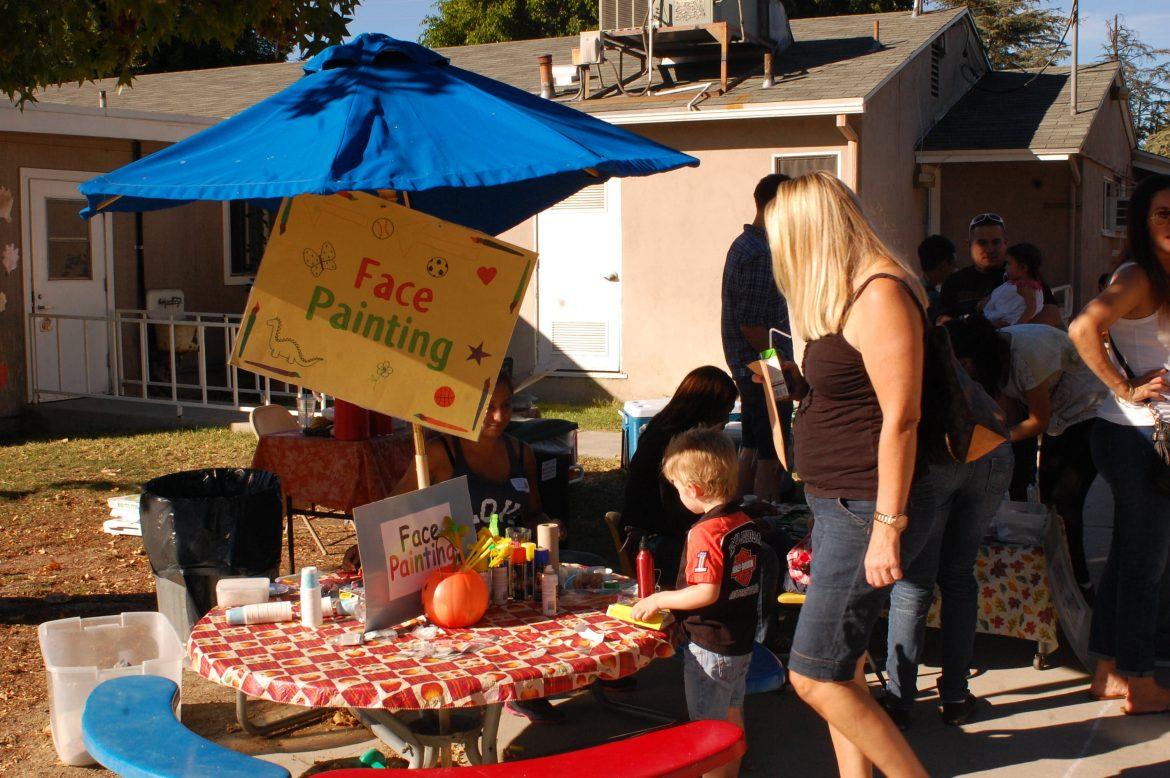 Pumpkins lined the sidewalks, and scarecrows and posters hung on the walls while hay bales provided fall inspired seating at the 15th annual Harvest Festival on Saturday.

The San Fernando Valley heat did not stop families from celebrating the fall season at the child friendly festival which was full of fun games, arts and crafts, face painting and sugary snacks.

The festival was held at the CSUN Lab School and was put together by the school’s parent booster club to raise funds for the school, said Director of Operations Christa Dunlap.

“The parent booster club puts on two major events, this one and the end-of-the-year picnic, to raise funds for the enrichment of the school,” she said.

According to Dunlap, the money that was made from previous events has been used not only for big items, such as sheds, to help improve the school but also smaller items to help with the upkeep.

Most of the families who attended the festival have kids who attend the school or are related to employees of the school.

The volunteers were not just those who worked at the school as teachers, but also those who were interns and CSUN students majoring in child development, such as sophomore Gabriella Preciado.

The festival “is a great way for the children to interact and increase their motor and social skills,” Preciado said.

For instance, although it was the volunteers and the booster club who put on and kept the event going, it was the children who helped the festival come to life.

By volunteering, she said, they were able to get a little experience and also an opportunity to observe how children react in certain settings.

Most of the decorations were done by the kids as assignments in class as part of the curriculum. They helped create some of the streamers, posters and also stuffed and buttoned up the scarecrows, “projects that they had been working on for weeks,” said Dunlap.

The fall-inspired environment served as a great backdrop for the children, who ran around getting their faces painted and flocked to kids entertainer Claire Mills where they were able to contribute percussion to some of the music.

But the festivities were not just for the children. The event was also a great way for the parents to interact as well, according to teacher and parent Kaori Gutierrez.

“It’s a nice opportunity for the teachers to see the parents in a more relaxed setting and for parents to get to know each other and bond, maybe even plan some play dates,” said Gutierrez.

With the free popcorn stand and cakes from the cake walk, the Harvest Festival was a family friendly time that provided both kids and parents an opportunity to have some fun.