Cinematheque: Bringing the classics to the valley 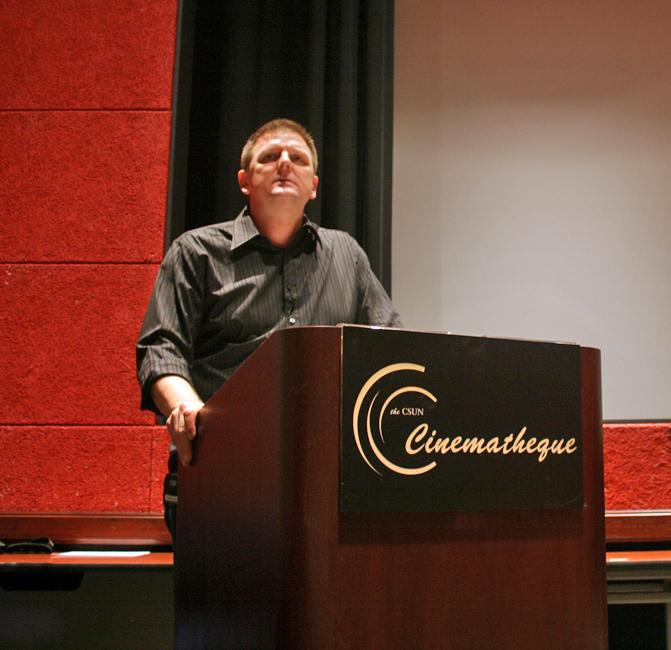 If you’ve been to Manzanita Hall, you’ve seen it; the alcove tucked away behind the glass doors, with walls that are adorned in classic movie posters from an era when movie stars exuded glamour while being triple threats and when the films themselves defied their time.

Nestled between the rows of marvelous and colorful artwork of the past, stands the entrance to the state-of-the-art motion picture Armer Theater.

Tonight the corridor is buzzing with excitement as dozens of people, young and old, anxiously wait for the theater doors to open for the screening of the 1947 classic, “Black Narcissus” an award-winning psychological drama about a convent of nuns.

Sophomore Geraldo Ortiz, a film editing major, brought two friends to the showing after learning about the screenings in one of his classes.

“The most exciting thing for me about this program is getting to see how editing technology has changed over time,” he said.

For the last six years, Cinematheque’s, “Thursday Nights” showings have drawn film enthusiasts and novices alike to campus for screenings of the classics.

The theater’s manager Tim Holloran, professor of Media Theory and Criticism Option, was inspired to set up this program after many of his students showed a lack of knowledge about certain directors in his lecture.

When the opportunity presented itself he used the screenings as a way to expose students to work done by lesser-known directors many of whom have died.

“A lot of it is about looking for directors who may be neglected, even in our own film program,” he said. “There is such an emphasis to focus on the new and interesting instead of the classics.”

His tribute to the directors of the past is carried out by taking students and the audience through a strategic look at a particular directors body of work.

This semester’s focus has been on the production duo Michael Powell and Emeric Pressburger who are known for writing, producing and directing renowned films such as 49th Parallel and A Matter of Life and Death.

“People want to see the films that directors made when they first started out, their highlights and their twilight years,” he said.

The program is the only one of its kind in the valley making Cinematheque that much more unique.

“It could be more than it is,” Halloran said. “It could be where people go to see classic cinema; the American Cinematheque of the valley.”

Halloran and the rest of the staff’s dedication to the program has been nothing short of a labor of love. All of the campus screenings are free and receive little to no funding from the university.

“It’s appreciated by everyone except in terms of compensation,” he said. “To make it grow and have a little prestige with it, it needs a little funding.”

Senior in the Masters program of Fine Arts and Screenwriting, Pat Hurley, said he’s come to a few Thursday night screenings including a showing of “Some Like it Hot,” with commentary by “Grumpy Old Men,” director Donald Petrie.

“I love that we’re given the opportunity to look at classic films and then discuss them with an audience who appreciates everything that goes into film and film history.” Hurley said.

Hurley said there wasn’t much opportunity to view classics on the big screen in his hometown of Vermont, making these screenings that much more invaluable.

The community and students clearly love having the opportunity to travel back in time and learn the secrets and behind-the scenes details of these films. Each week the 130-seat screening room is nearly filled or at capacity.

Cinematheque is the rare blending of something old and something new that should be preserved for past, present and future generations to enjoy.