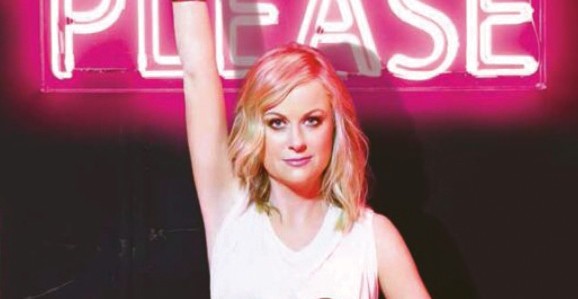 -Amy Poehler on her book title

Amy Poehler’s “Yes Please” is a wonderfully written autobiography and advice book for young women of all ages.

With similar books like Lena Dunham’s “Not That Kind of Girl,” Mindy Kaling’s “Is Everyone Hanging Out Without Me,” and Tina Fey’s “Bossypants,” Poehler’s book is a great addition to the women changing the power dynamics in the constant male-dominated entertainment industry.

Poehler is a comedian, known for her antics on Saturday Night Live, a member of the Upgrade Citizen’s Brigade, creator of online site Smart Girls at the Party, and plays the role of the independent and outspoken councilwoman, Leslie Knope, on NBC’s “Parks and Recreation.”

“Yes Please” is divided into essays from Poehler and a few from her close friends, Seth Meyers and even her parents. The topics range from her childhood, her pregnancy, her struggle as an improv actress in Chicago, and advice for both men and women about sex.

A particularly heartfelt section was her parent’s essay about Poehler’s birth and the postpartum depression her mother struggled with.

Each essay provides a funny photo of Poehler as a child, or her dressed in one of her outrageous costumes during her SNL years.

Poehler’s preface is captivating as she openly and honestly describes her writing process and how difficult and daunting it was being a working actress and a mother of two.

Her candid voice is seen throughout the book, and her ever present sense of humor. Her essays of her journey through pregnancy can be relatable to someone who is in their mid-20s.

A highlight from the book is Poehler’s ability to maintain a strong desire to inspire and motivate women. Nothing is sugarcoated, as she describes her journey as someone coming from a lower middle class family in Boston, to the 15 years it took to land her job in SNL.

Poehler also openly discusses what she dislikes about the industry. She mentions how it irritates her when people think there are shortcuts to success and the annoyance of the double standard of stay home mothers vs. working mothers.

Poehler’s down to earth personality gives “Yes Please” a personal and intimate look at her life.

Reading her essays can make someone forget that this woman was able to stand next to and play Hillary Clinton on SNL. Not to mention she helped write, produce and create “Parks and Recreation,” which is now on its sixth and final season.

More importantly, Poehler shows she’s just like everyone else. She shares struggles with insomnia, body image and heartbreak.

The book also has scanned pieces Poehler’s writings on Tina Fey, along with some childhood poems.

“Yes Please” is a book that was difficult to put down after reading the preface. It’s a book that will have someone highlighting or bookmarking because of the wise advice Poehler offers about being a hard-working woman, a woman in general and a mother.
This is what makes Amy Poehler not just a wonderful and empowering woman, but a great author and voice for women everywhere.