Unified We Serve shines bright in clothing and food drive 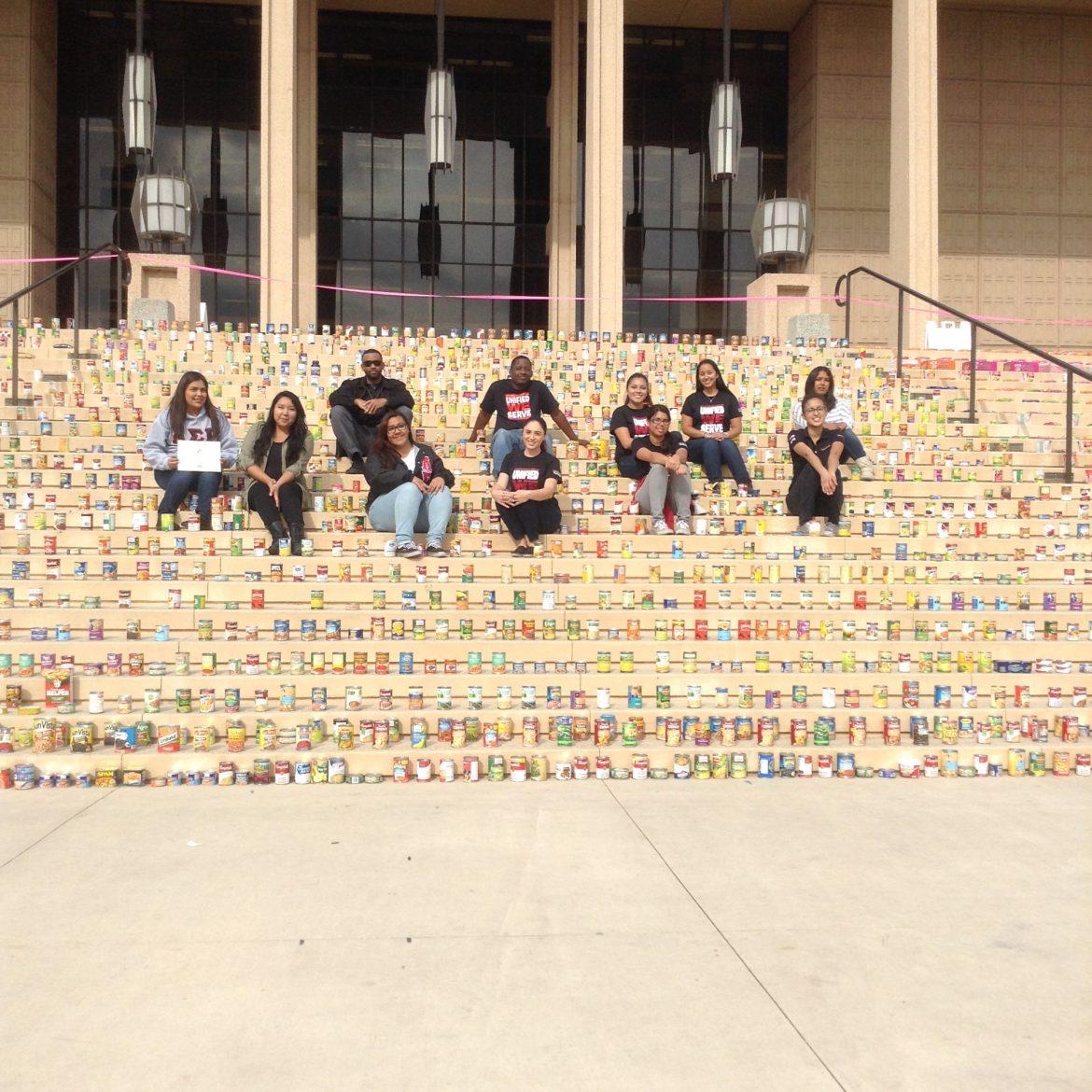 Students from the Unified We Serve student volunteer program at California State University, Northridge, are shown with donations in front of the Oviatt Library on Thursday, Nov. 13, 2014.

Unified We Serve, the student volunteer program at California State University, Northridge, wrapped up their sixth annual clothing and food drive on Thursday.

Since Nov. 3, volunteers have collected canned goods and clothing from various bins distributed around campus, including the Oviatt Library and bookstore.

All donations received were presented at the Oviatt Library staircase and picked up by Meet Each Need with Dignity (MEND), a Pacoima-based volunteer organization fighting homelessness, hunger and deprivation within the San Fernando Valley.

Ron Villafana, a volunteer for MEND, spoke highly of the Unified We Serve donation.

“Its a great donation, I can’t tell [the total] with how it’s spread out wide,” he said. “I’ll have a better idea when we package it up, see how it compares to others.”

Villafana continued, “I am a graduate of CSUN, Class of 1974, so it’s a big change from when I graduated from here, but it’s great to see student involvement.”

Other donations from organizations on and off campus also helped overall totals for the drive.

“We get together as a group and we do teams,” said Perez, “It’s a friendly competition between us, and we go around campus and ask for donations.”

Perez also spoke of the sororities use of online marketing.

Travis White, a senior four-year volunteer for Unified We Serve, sees promise in this year’s drive.

“This year, we doubled what we did last year,” said White. “We got a lot of help from different departments on campus, like CIELO. Sociology Professor [James David] Ballard also offered extra credit to students, so they donated in big numbers. Zeta Beta Tau, and a lot of clubs and organizations, helped out also.”

When asked if the CSUN community supports the drive effort, White elaborated.

“If we didn’t have support, we wouldn’t have such a big turnout,” he said. “I feel like because we have so much support we are able to have these big turnouts for all this food going to low-income families.”

Ani Avetisyan, activities coordinator for volunteer programs and services of Unified We Serve, has seen the drive grow year after year.

“Every year we have more and more donations, and I believe thats due to the collaboration between many departments on campus, as well as student organizations and individual students,” said Avetisyan.

After six years of the drive, and six years of a partnership with M.E.N.D, Unified We Serve volunteers believe the clothing and canned goods drive is headed in the right direction.

“We have built a wonderful relationship in working with them every year,” Avetisyan said. “This is the sixth year the donations will go with the drive.”