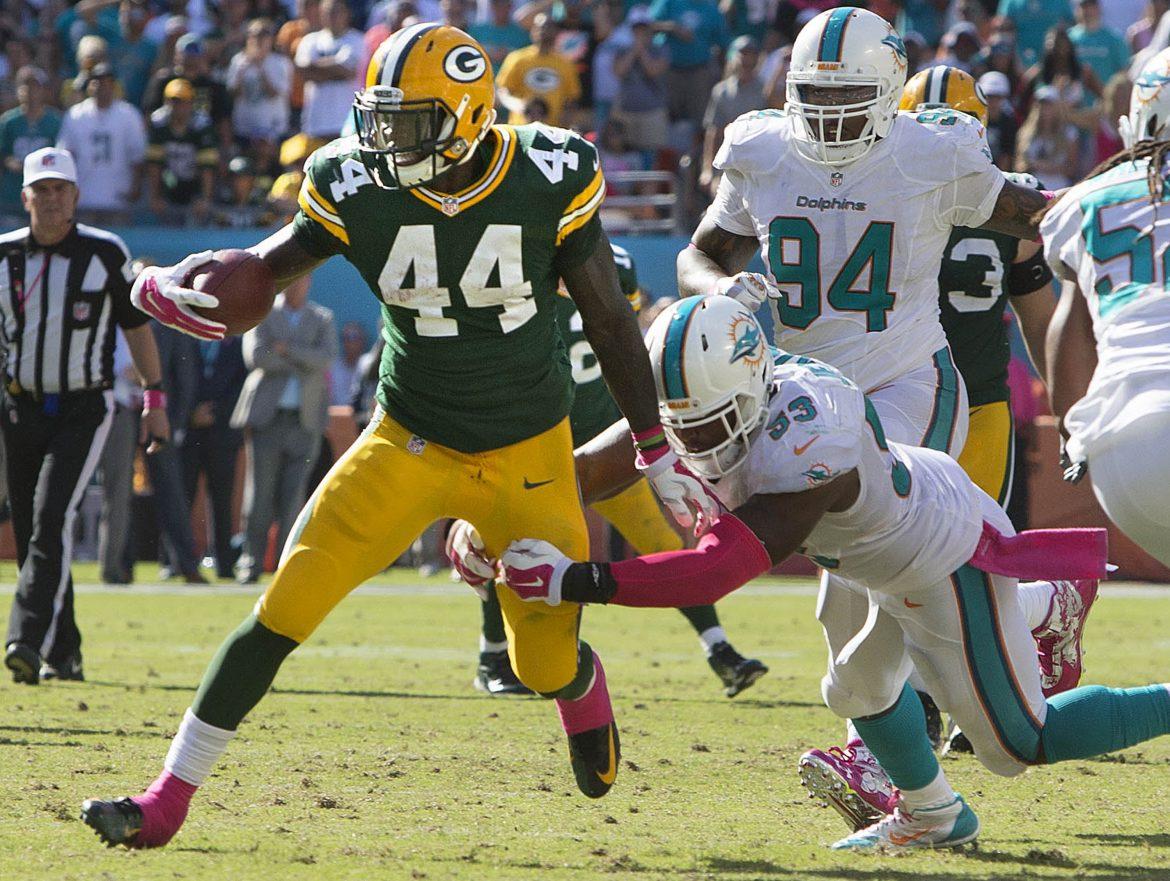 Conner Faulk
Much like the Walking Dead, the key to surviving in Fantasy Football is to be prepared for worst case scenarios.  In Fantasy, we have the injury worries as well as the sitting of a starting player late in the season.  As the Fantasy playoffs are nearing closer and closer, it’s time to decide who you should pick up to plan for the future.  Be it through injury, or your starter being sit for rest, here are your top Fantasy Handcuffs.
Kniles Davis – Kansas City Chiefs

Mr. Davis is already having a good season as a backup, he started one game and performed well to 132 yards and a touchdown.  He has the skill and running ability to be the starting running back for many teams in the NFL.  Jamaal Charles is a Fantasy stud, and if he gets hurt again, or gets time off late in the season (fantasy playoffs)  to avoid injury, pick up Mr. Davis immediately.

A solid veteran and key player in the Packers 2010 Super Bowl Season, James Starks is another important Fantasy Football Handcuff.  Eddie Lacy has already sustained one concussion this season, and James Starks already takes reps away each week.  Making James Starks a must own Fantasy Handcuff as we get into the fantasy playoffs and end of the NFL season.  In the perfection that is the Packers Offense, the starting running back is going to be a fantasy contributor.

Carlos Hyde is having a quiet season stats wise, but that’s expected when you’re the backup to veteran Frank Gore.  San Francisco is 7th in Team rushing attempts per game, so a run heavy offense like that is always nice for fantasy running backs.  The rookie has three touchdowns so far this season, and if Gore goes down with an injury or is rested preceding NFL Playoffs then Carlos Hyde because and instant must own.

Other players to think about are LeGarette Blount from the Pittsburgh Steelers, Chris Polk from the Philadelphia Eagles, and Alfred Blue from the Houston Texans.
That’s it for this week. Hopefully you’ll have some success in your leagues this week and make sure to check out next week’s Fantasy Football picks to make your team the best in your league.
Delete Image
Align Left
Align Center
Align Right
Align Left
Align Center
Delete Heading