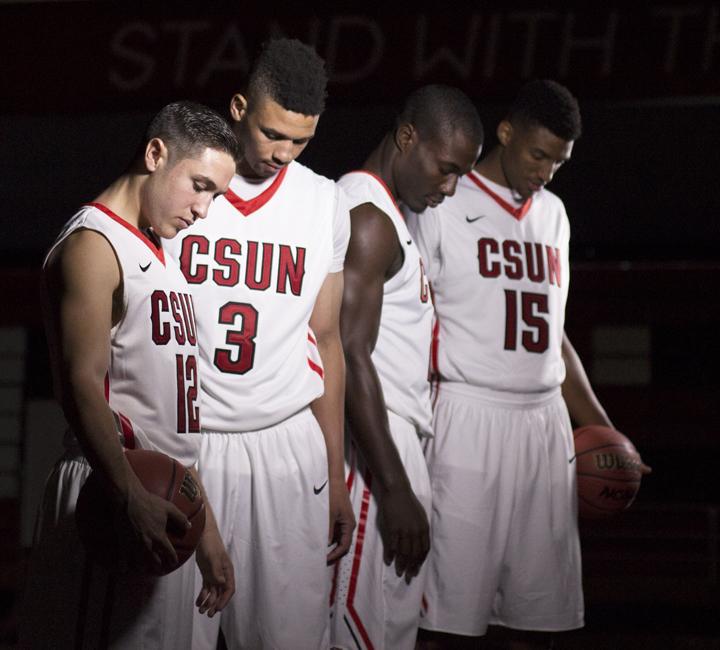 Andrew Lim
With 13 seconds left in the Big West Tournament 2014 championship game, the men’s basketball team were down by a point against Cal Poly. The Mustangs point guard, Ridge Shipley, just hit a three-pointer for the lead.

Matadors’ point guard Landon Drew, a freshman at the time, dribbled the ball, went off a screen and passed the ball to 6 foot 7 inch freshman center Tre Hale-Edmerson. He, in turn, took the ball to the paint and seemed to hit the go-ahead jumper but was called for an offensive foul that negated the shot.

This ended the 2013-14 season for the Matadors, who were just seconds away from winning the Big West Tournament Championship and a berth to the NCAA tournament.

CSUN looks for this year to be different as they come back with a vengeance.

“We fell short of our goal last year of making it to the NCAAs [tournament],” Matadors head coach Reggie Theus said. “I expect those guys coming back to be hungry. I expect them to feel cheated, to the point that this is something that they want more than anything. I also expect them to take care of their academics and give me everything that they have on the floor.”

The senior duo both scored more than 600 points last season. Hicks currently leads all active Big West players with 1,448 career points, and could be only the seventh player to reach 2,000 points in league history.

Also returning is junior Hale-Edmerson who not only set the record for blocks in a single season with 62, but was also second on the team in steals with 46.

Theus said that due to Greene’s departure, he’s going to have to get contributions from not just one player, but a collection of players.

Greene, last season’s third-leading scorer with 16 points per game, is currently playing professional basketball for Bawer Matera in the Euroleague in Italy.

“I need all of [the players] to step up,” Theus said. “We can’t make it if they all don’t raise their level. We have two high level freshmen in guard Michael Warren and guard Jerron Wilbut. They have to come and play at a high level for us. If they do their jobs, we’ll be more athletic.”

Sophomore guard Aaron Parks is coming back as well as last year’s pair of redshirts, Devonte Elliott and Kevin Johnson.

Drew, who is the son of former NBA player and current Cleveland Cavaliers assistant coach Larry Drew, will be one of the Matadors who will the facilitator for this team and a team leader.

“We have a lot of young guys this year – eight freshmen coming in,” Drew said. “They’ve done a good job of being responsive to allowing me to lead the team. You can’t be a leader without having a group that allows you to do it.”

Maxwell believes that last year was just a glimpse of the potential the Matadors have and will look to be better this year.

“Last year’s Big West championship game was basically a stepping stone to what we can achieve in the future,” Maxwell said. “We just have to keep working and stay focused on the goal.”

Lior Schwartzberg, who has operated as director of basketball operations since 2009, believes Theus can lead the Matadors to the promised land.

“Ultimately, the player plays for the coach,” Schwartzberg said. “It’s up to the coach to tap their potential. Those players that say, ‘he will run through the wall for that coach,’ I think the players will do that for coach Theus and, he will get their all at the same time.”

The Matadors season opener is Nov. 14 as they play the San Diego State Aztecs in San Diego at the EA Sports Maui Invitational Mainland Challenge.

The Matadors home opener is Nov. 19 when they host Montana State at the Matadome.