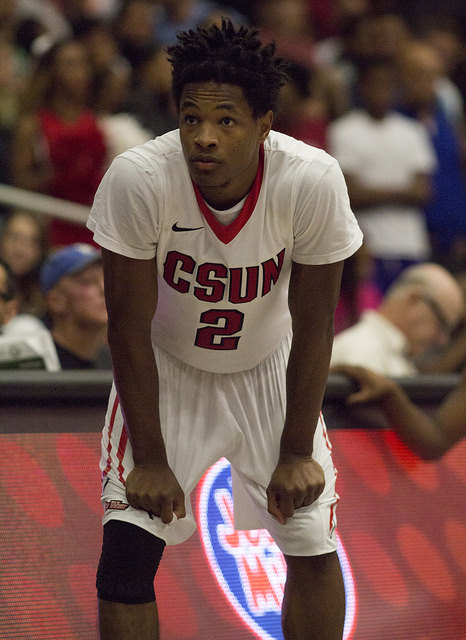 The Matadors stayed close through the first 12 minutes of the first half when they were down by just four points.

Then the Wildcats went on a 19-9 run that started with a three point shot by Gabe York to finish the half by a score of 37-23.

During the second half with 4:11 left, the Wildcats were up as much as by 29 points. The Matadors made the game more respectable as they ended the game on a 19-8 run.

Senior Stephen Maxwell led all scorers with 19 points and grabbed 4 rebounds. Sophomore Aaron Parks scored 15 points with nine of them coming from the charity strike.

Senior Stephan Hicks could not find his shot as he ended the night with 4 points, missing all of his five attempts.

The Matadors will look to bounce back at home as they face Montana State in the home opener on Wednesday Nov. 19. Tippoff is scheduled for 7 p.m. at the Matador.