Hardcore band The Ghost Inside deliver another solid album 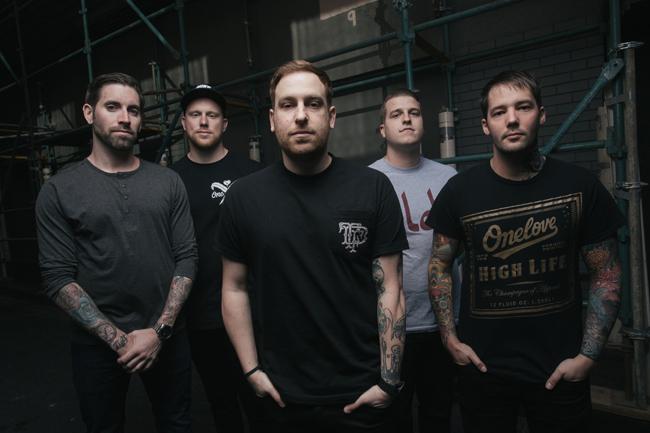 Los Angeles-based hardcore band The Ghost Inside released their fourth album, “Dear Youth,” this past weekend. The album was co-produced by A Day to Remember vocalist, Jeremy McKinnon and music producer, Andrew Wade.

“Dear Youth” is an album full of riffs, endless breakdowns and inspirational lyrics. In an interview with Alternative Press magazine, vocalist, Jonathan Vigil talked about his inspiration for the album.

“‘Dear Youth’ is basically just about getting in touch with my younger self, with my youth and remembering that feeling of having this world of opportunity in front of me,” Vigil said.

The choice of naming the album “Dear Youth” was guitarist Aaron Brook’s idea.

“[It] just really stood out and was a really cool concept,” Vigil said.

“Dear Youth” has similarities to their 2012 release “Get What You Give,” but with a more mature take on sound and lyrics. Noteworthy tracks from the album include “Move Me,” and “Out of Control” which are filled with great breakdowns and showcases Vigil’s heavy vocals.

“Avalanche,” the first song, has a great instrumental introduction and is probably the best song on the album. Though “Avalanche” has been compared to Bring Me the Horizon’s “Suicide Season,” the songs are not at all similar in sound.

The title track, “Dear Youth (Day 52)” is one of their high energy songs, with memorable lyrics like, “You made us believe we had the world in our hands.” “Mercy” is another standout song with its great opening line, “For whom the bell tolls.”

“Dear Youth” is a relatable album for both the young and old. A teen who is struggling with finding their voice or an adult going through a rough time can relate to Vigil’s aggressive yet positive lyrics.

Each track contains a very powerful and empowering voice of strength and motivation. “Out of Control” starts off with a great breakdown and includes a powerful message of being able to have a voice and opinion.

“Phoenix Flame” begins as a slower track but picks up its pace in the middle of the song that is chill-inducing. Another mellower track is “Wide Eyed,” a song collaboration with letlive’s Jason Butler. The song juxtaposes Vigil’s strong vocals and Butler’s cleaner vocals.

In the interview with AP, Vigil describes the process of writing the album and how “if we ever hit a roadblock, they [Mckinnon and Wade] always were able to spark something in us to just get us to keep going and put out the best material possible.”

This may be The Ghost Inside’s best album so far, and it’s one that will put hardcore music back on the scene. “Dear Youth” captures Vigil’s vulnerability and voice filled with both despair and hope.
The Ghost Inside are on tour with Every Time I Die, Architects and Hundredth. For updates and tour dates from the band, follow them on Instagram at @daghostinside and on Twitter @theghostinside.