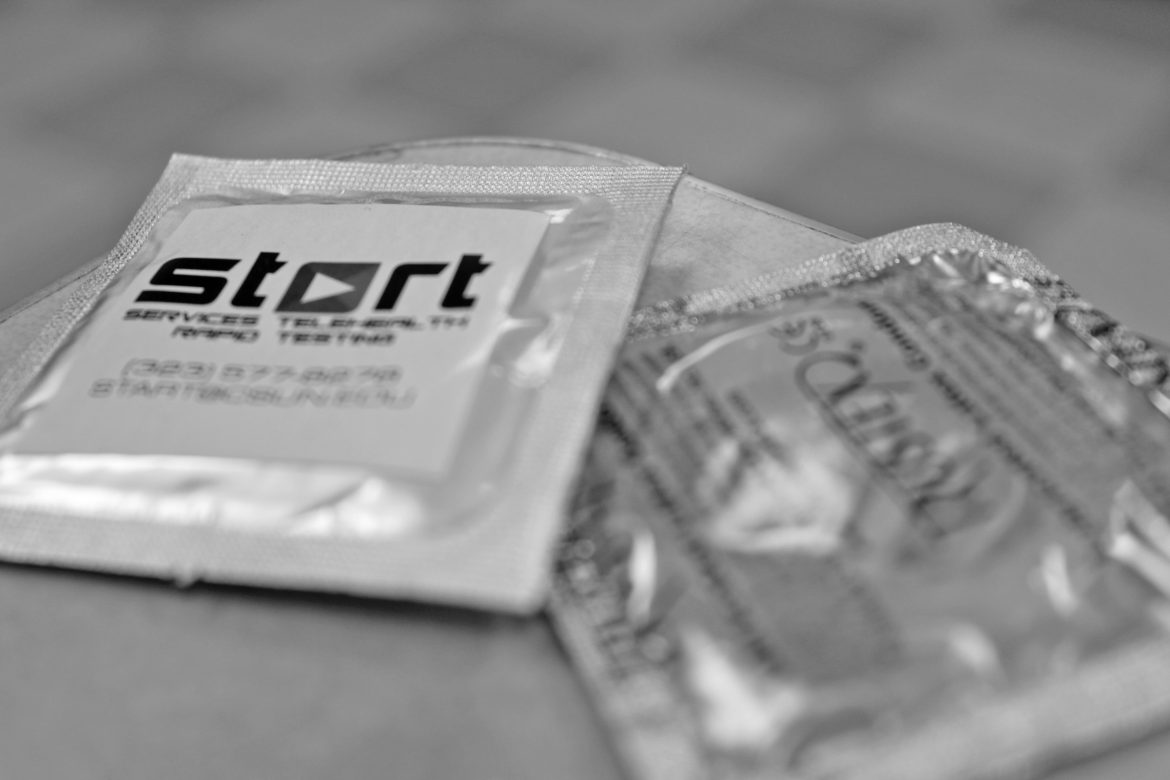 I would applaud the decision of the CSUN administration to place condom dispensers in various locations across campus. This action, though, would come about thirty-three years too late. In those three decades, how many CSUN students, faculty and staff have contracted a sexually transmitted infection (STI) or had an unplanned pregnancy because of a lack of reliable prophylactics?

During my first year teaching at CSUN, I had a student come to me toward the end of the semester. She had recently terminated a pregnancy and was not coping with it well. Could a simple, inexpensive condom have prevented not only her pregnancy but her anguish? The issue of safer sex education for youth is an issue that should be a non-issue.

A sex-positive attitude is possible while keeping our youth safe from preventable illness and pregnancy. Sex-positivity is a cause I champion. Coming of age in the 1980s was not an easy proposition — bad hair, bad movies, really bad movies, awesome music though. If you were a teenager in the mid-1980s, one announcement will remain in your consciousness: when the public school system of Indiana denied Ryan White, a young teenager diagnosed with AIDS, attendance. White was the boy next door and shifted the public consciousness regarding HIV/AIDS as a disease even “innocent” people could contract.

White, however, did not contract the virus sexually but still received the attacks associated with the disease’s stigma. For gay adolescent males, such as myself, this news cast an ominous shadow upon their burgeoning sexualities. Countless lives were lost due to the Reagan administration’s dismissive attitude towards the epidemic.

Fortunately, during the 1990s, a combination of drugs known as the “cocktail,” mitigated the effects of the virus in those people who were lucky enough to have access to such an expensive protocol. Many were untreated because of a lack of access. Nevertheless, the new treatments and an inundation of safer sex education represented a possible cessation of future deaths due to complications of AIDS.

Medical service providers began testing blood products. No longer would there be needless seroconversions (creating antibodies to combat an infectious illness) because of a lack of awareness. This utopic vision did not materialize. The Centers for Disease Control (CDC) says, “an estimated 10,456 youth (defined as people aged 13-24) were diagnosed with HIV infection in the United States and six dependent areas in 2011.”

These seroconversions represent one-fifth of all new cases for this year. Over ten thousand lives are irrevocably changed. And these are just the people who actually took the test. How many more youth (and others) are engaging in behaviors that would warrant an HIV test but are not?

These statistics are disheartening as the majority of undergraduates fall within this age range, particularly looking at historical data. A CDC report entitled, “HIV/AIDS: Surveillance Supplemental Report, Volume 12, Number 1,” shows 4,283 youth seroconverted between the ages of 13-24.  Yes, perhaps more youth were being tested in 2011, but this represents more than a 100 percent increase in new cases.

The “Abstinence-Only” campaigns of the 2000s contributed to the rise in seroconversions, but why are there no campus initiatives to address this issue? During the Fall Semester of 2011, I conducted research in my classes regarding basic knowledge of HIV. The results were disastrous. None of the students could answer all seven questions correctly. In fact, only a handful of students answered five correctly. The mean number of correct answers for all students was 2.35. They failed miserably. But how would they know the answers? Where would they have received this lifesaving information?

As a queer man in his early 40s, I have borne witness to the devastation that the HIV/AIDS epidemic has havocked upon my community. Unbelievably, the stigma towards HIV positive men has grown, not diminished. I cannot fathom the stigma in the heterosexual community toward straight people living with HIV.

Over 10,000 youth in the U.S. from 2011 alone are now negotiating this stigma because of a lack of information and access to prophylactics. Are we going to allow another wave of seroconversions just because the disease is now considered “chronic” and “manageable”? What about those youth who could not disclose to their families for fear of ostracism or lack of access to healthcare?

HIV medications can extend the lifespan of an HIV positive individual substantially, but the treatments may be cost prohibitive for those without the means or insurance (the average monthly cost for HIV treatment can vary from $2,100 to $4,700).

An HIV diagnosis is no longer a death sentence, but it is a condition that is preventable, except for cases of sexual assault where there is no consent. Other sexually transmitted diseases, such as Hepatitis C, are now treatable, but are preventable with the proper information and resources, such as a free condom used correctly. I broach the topic of safer sex with all of my classes.

I believe, as educators, we must overcome our religion-imposed embarrassment in order to provide a holistic education to our students. Is that not why they are in our classrooms? Bravo, CSUN, for bringing the discussion to the table—albeit three decades late.

Omar Gonzalez is a professor of Chicana/o studies at CSUN.