Hip-hop club tunes into the beat 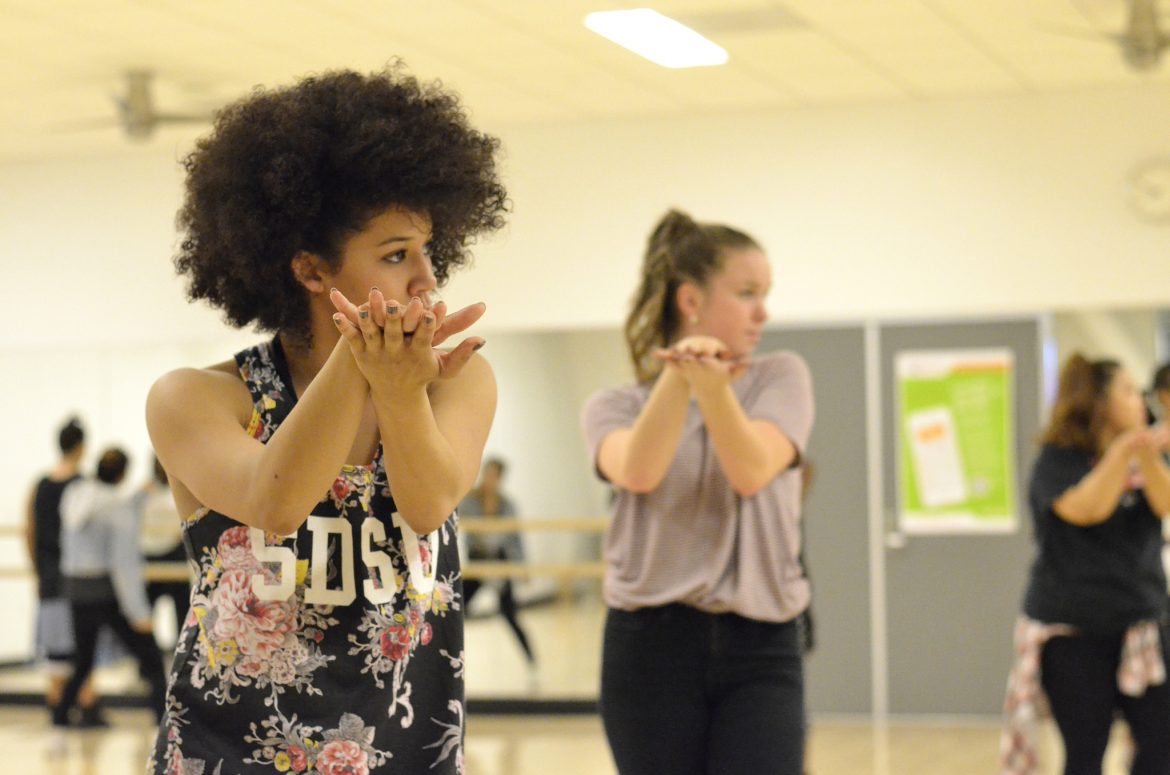 Members of the CSUN Hip-Hop Club practice a dance routine in the Motivation Studio at the SRC. Club members cherish the relationships they form with one another and the happiness they gain from performing.

Dancing is a source of happiness for CSUN Hip-Hop club members. They thrive from this highly personal outlet of self-expression through dance.

This was one of the first dance clubs to be established on campus in 2001 and it has attracted many students who were interested in getting in tune with the beat. With 17 members on the team, the club continues to grow as they incorporate different dance styles, such as jazz, to keep the club entertaining for all.

Vice president of the club, Eunice Hahn, junior, believes dance is a wonderful way to express oneself. She encourages students who love dance to commit to their dreams.

“Always remember why you dance and what dance means to you,” said Hanh. “If dancing is the source of your happiness, you should pursue it without a slight hesitation.”

The team is fully dedicated when it comes to attending practices and performing at popular Hollywood dance shows such as The Carnival and Eight Wonder. Recreational tourism management senior Ebonee Bryant, said dancing is a form of art paving the way for expression. Bryant said that she wouldn’t be the person she is today without dance and the club that serves as an outlet for her artistic craving.

“Dancing is my certainty in uncertain times,” said Bryant. “It has truly changed my life.”

Communications student Katelyn Di Giorgio attributes her passion for dancing in part to her team members.

“Surrounding myself with such extraordinary people is something I treasure greatly,” said Di Giorgio. “To experience so much talent and determination in one room is very beautiful to me.”

Not only is performing fun, but Di Giorgio also cherishes her relationships with her team.

“We are all different in our own ways, yet we are able to come together as one team, one family,” said Di Giorgio.

While the members have been performing in numerous locations, they have also won several awards, such as Best Dance and Crowd Favorite four times in a row at the CSUN Student Annual Showcase, which is presented annually by Associated Students.

Despite these accomplishments, the team also faces numerous challenges that cause their dance routines and scheduling to lose momentum.

“Sometimes, things take longer to accomplish because not everyone is there at once,” Hahn said. “We try to work around it at our best.”

Auditions are held every semester in the hopes that new talent will be discovered and the slogan “May the fierce be with you” will resonate with more students.