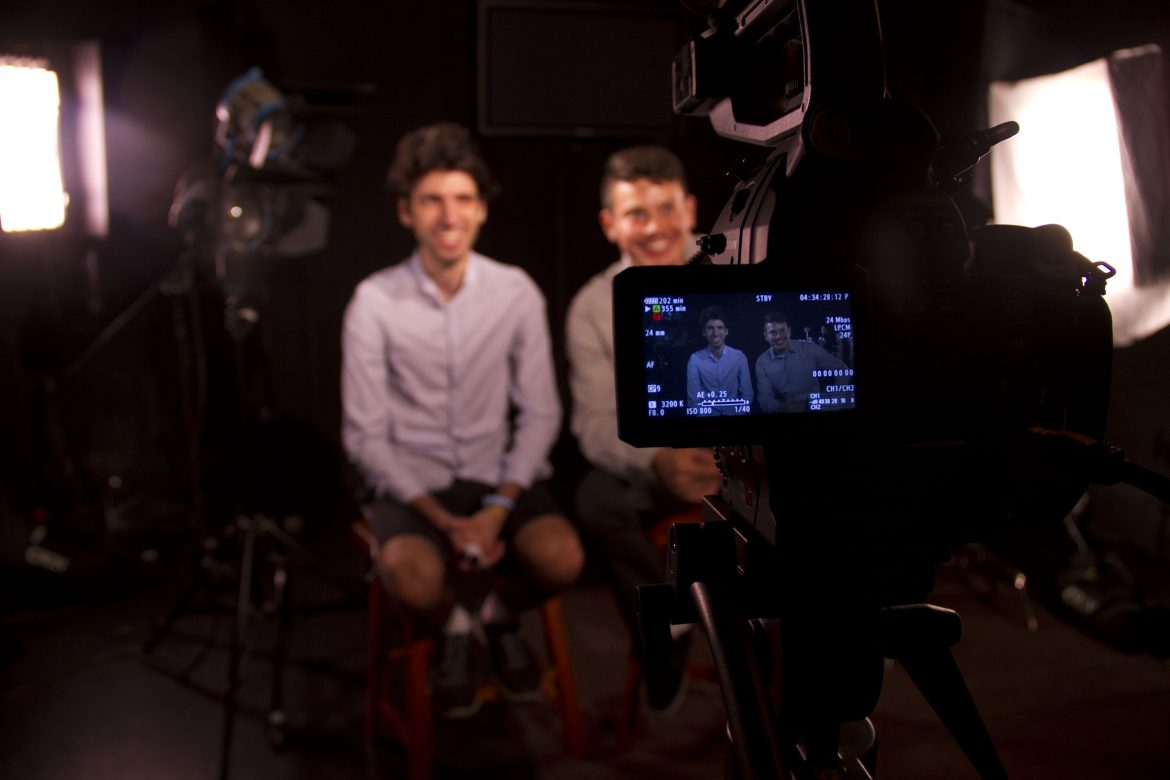 The production team aims to touch on a variety of subjects like women's equality, illegal immigration and human rights. They have developed an Indiegogo page in order to raise money for producing their film. Photo Courtesy of ¡Corre!

She is unaware of the troubles that loom inside the dark walls of the brothel. Her body may be weak, but her determination is resilient.  Women continue to be tormented by fear of speaking out against their captors. This is illustrated through Lucia, a representation of the many invisible women around the world in the senior thesis film production ¡Corre!.

¡Corre! sheds a light on the horrific experiences of these women. It is set to be a portrayal of the female victims who were unable to escape because they feared for their lives.

From the Israeli-born producer to a Nollywood-inspired script supervisor, the production includes a diverse, tight-knit and passionate 13-member crew of CSUN seniors who came together to enlighten viewers on the overlooked issue of sex trafficking.

This film is set to be completed in May 2015. The crew has raised over $2,000 on Indiegogo, an international crowdfunding website. This money will be used to fund everything from set construction to sound equipment, all of which will be used to re-create the stories of women such as Lucia.

“I would love to see this film on the circuit of film festivals, ganging the respect creating the attention it deserves,” said Kyle Frey, the film’s producer.

A primarily male production, many of the film’s viewers might ask why men are focusing on issues that predominantly affect women. In response to this, the ¡Corre! crew is conducting extensive research by contacting professionals and law enforcement officials to gain a better understanding of how these situations actually happen.

“It shouldn’t be about the gender of the film maker but about showing the real truth behind what’s happening,” said Itai Forman, a producer of the film. “The undertone of this movie is human equality, human rights and women’s equality, hopefully it will improve in the future.”

“It’s a local problem, it’s a global problem,” said Bartlow. “And for the people who are running these trades feel it’s a lot more money to be made in this big business.”

“It’s a huge problem and it involves the exploitation of women, many young women, some of whom are right here in the San Fernando Valley,” said Bartlow. “There are a number of young girls that are literally being taken off bus stop benches and put into the business.”

Bartlow expressed her concerns on the growing issue and discussed a Women and Violence, class which will be offered in the upcoming spring semester. This class will focus on violence against women from a local and global perspective, an angle that is in much need of attention.

“This is usually a taboo topic we want people to bring it up and bring it into conversation,” said Elmer Zelaya, the writer and director of ¡Corre!.

Zelaya came up with the idea and the concept for ¡Corre! in order to discuss issues that dealt with human struggle. He decided to focus on trapped individuals, and felt the production of this film was the best way to approach it. Much like Zelaya, his film crew shared their takes on the unspoken truths behind sex trafficking.

“There are a lot of dark things that happen in this country and other countries when nobody is awake,” said writer and director, Robert Hovanisian. “This is the kind of story that we thought would encompass all of those ideas.”

‘It won’t happen to me.’ This five worded mindset is a myth that can very simply be what stands between you and your safety.

Hovanisian wants his viewers of the film to recognize the human element of this story and are able to immediately connect while becoming more aware of the situation.

“Maybe it will inspire some of them to do more research on it, or inspire them to make a movie and to write about it,” said Hovanisian. “The hope is always to reach as far as we can.”