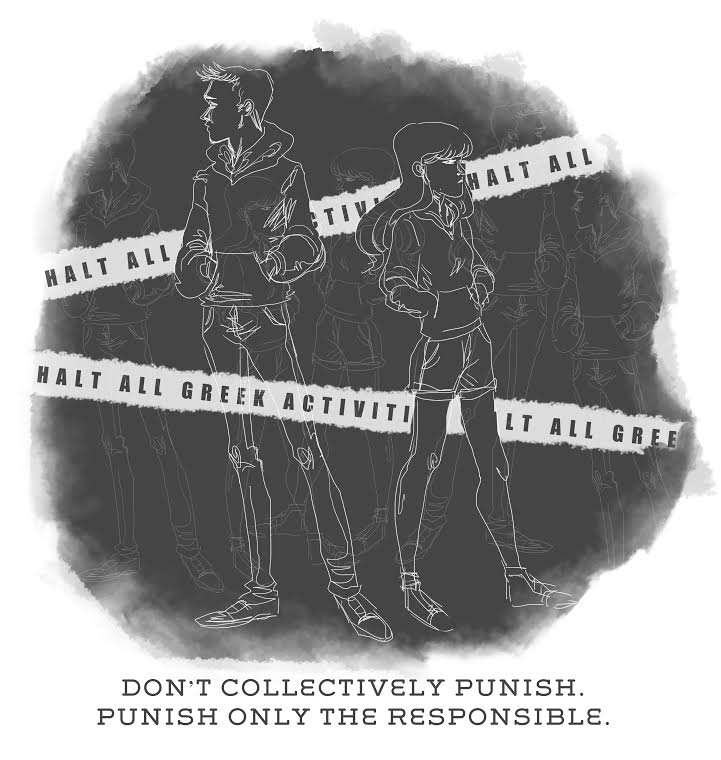 As a student of CSUN and alumni of the Greek system, I feel that the restrictions, and reaction of the CSUN administration, to the slew of hazing allegations were justified. When a student dies while participating in a fraternity activity, there should be a fast, appropriate and supportive response from the faculty and students of the school that the student attends.

However, let’s examine this particular situation. Five active brothers, three “pledges” on a brotherhood outing run out of water and a student gets heat stroke and passes away. News organizations swarmed the school pushing for a response, alleging it was “hazing”. The school tiptoed around the problem. Don’t get me wrong, what happened was absolutely horrible, my heart and prayers go out to the family.

But then another hazing-related incident occurs, and the consequences become even more severe and eventually found the solution was to blame all “Greeks.” My concern is why Greeks who were in no way involved must feel the repercussions.

The administration’s response was to stop all new member activity for everyone. Unfortunately, this is not a solution that will solve the problem. It is but a temporary quick fix. The question to be asked is whether the entire fraternity system should be held responsible for the actions of a small minority within the Greek system. It seems a more appropriate response would be to target the specific offenders and not the entire system.

I suppose the administration assumes that because we, as Greeks, wear our fraternity/sorority letters, it is the justification that we must have encouraged these individuals to act irresponsibly. Or that we supported an activity that lead to a student’s death. Nobody supports irresponsible behaviour. We can all agree hazing is unacceptable.

As young adults we are supposed to be learning how to be responsible for our actions. If someone messes up, then that individual, those individuals or that organization should not only take full responsibility but be removed from campus. After this, it should be in place until a resolution or punishment can be decided. Harsh? No, because this resolution and/or punishment insists that the rest of the community now has to deal with their mistake.

Connor Abrams is an alumni from a fraternity at CSUN.